#WithoutUs: South African Women are making a Statement with a Strike - No Work, School & Purchase!

Women in South Africa have gathered together with #WithoutUs to protest femicide and rape in the country.

The rate of sexual violence in South Africa is said to be among the highest in the world. Recently, a 31-year-old woman was kidnapped and shot dead in a nature reserve, while a 21-year-old nursing student was abducted outside a hospital and raped. These led to the Twitter movement #AmINext, which had women asking if they would become the next victim of murder.

With the #WithoutUs protest, the women are sitting in their homes, refusing to go to work, to school, or even participate in the economy. They say no woman on the streets of South Africa, on Wednesday, September 11, will be found buying or selling anything.

Some women have however said that while they support the protest, they have to go to their places of work, else they’ll lose their jobs. So they’re wearing black in solidarity.

Hopefully, the voice of Women South Africa are heard and the protest yields a positive result. 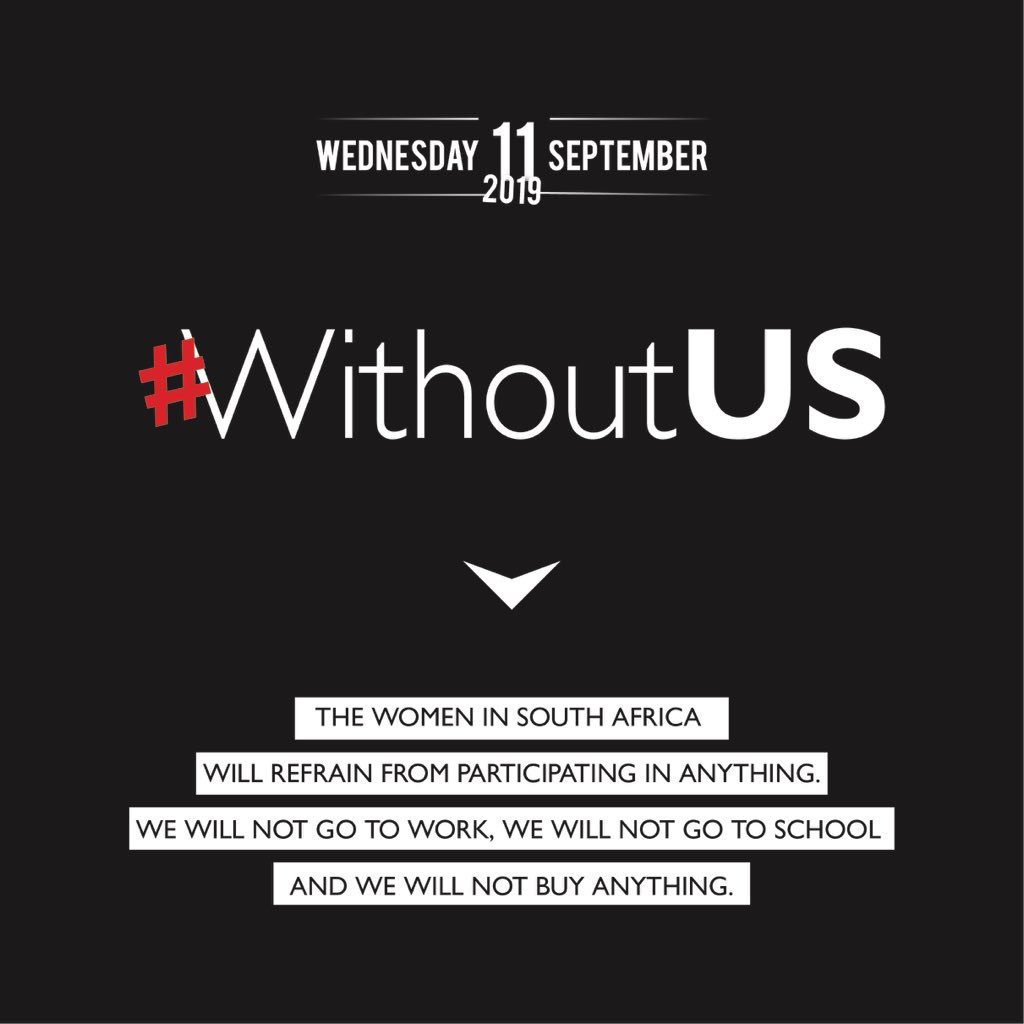 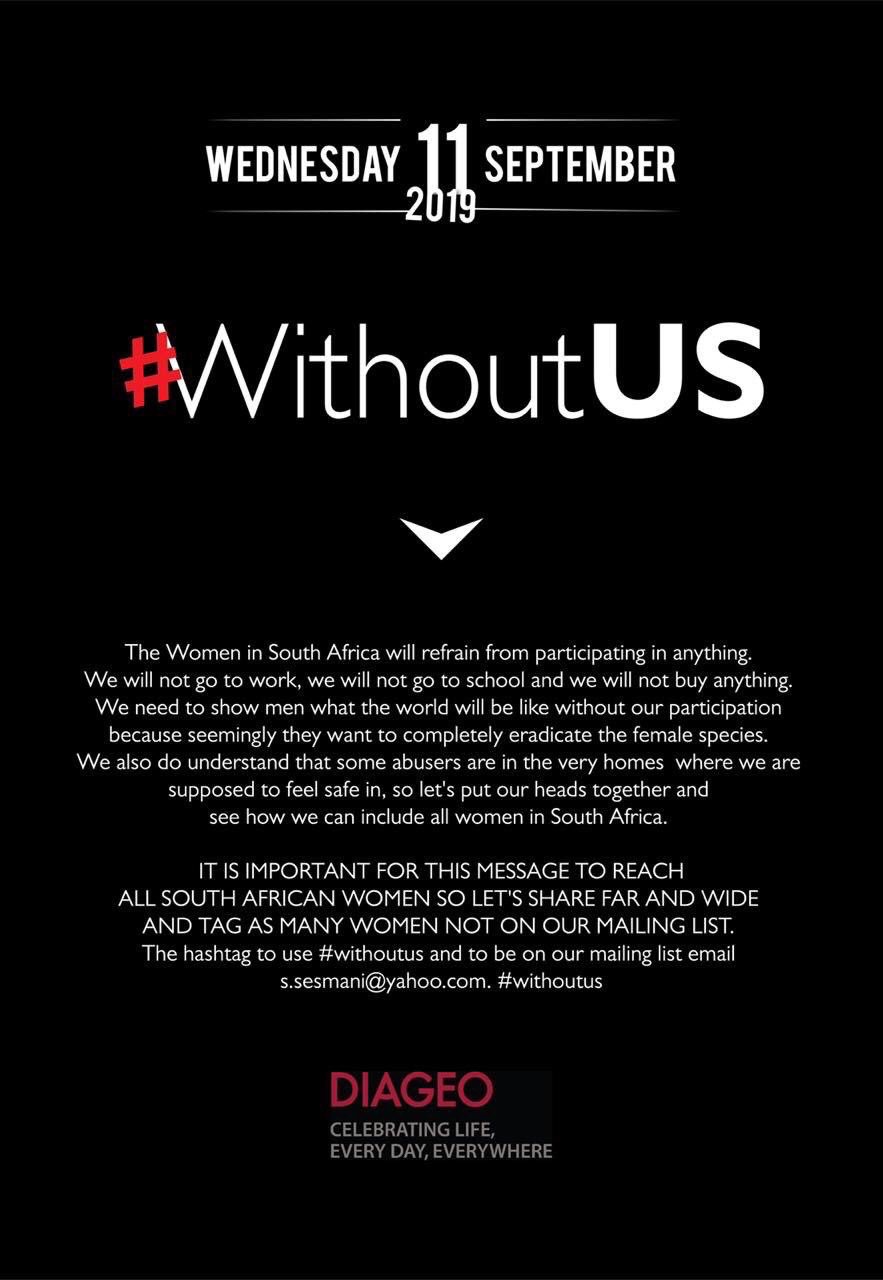 Can we also NOT go to the clubs on weekends for about a month or so.#WithoutUs https://t.co/UuObIKVrEC

My concern is that today’s #WithoutUs will be just a slight inconvenience to men & the capitalist system, nothing more. That it will be just another day of unpaid leave/absence from school for others. That someone may be unfairly dismissed for staying away. Just another day in SA

Today we put down all the tools, let’s see what our country can do without women #WithoutUs

Related Topics:#WithoutUsWomen in South Africa
Up Next