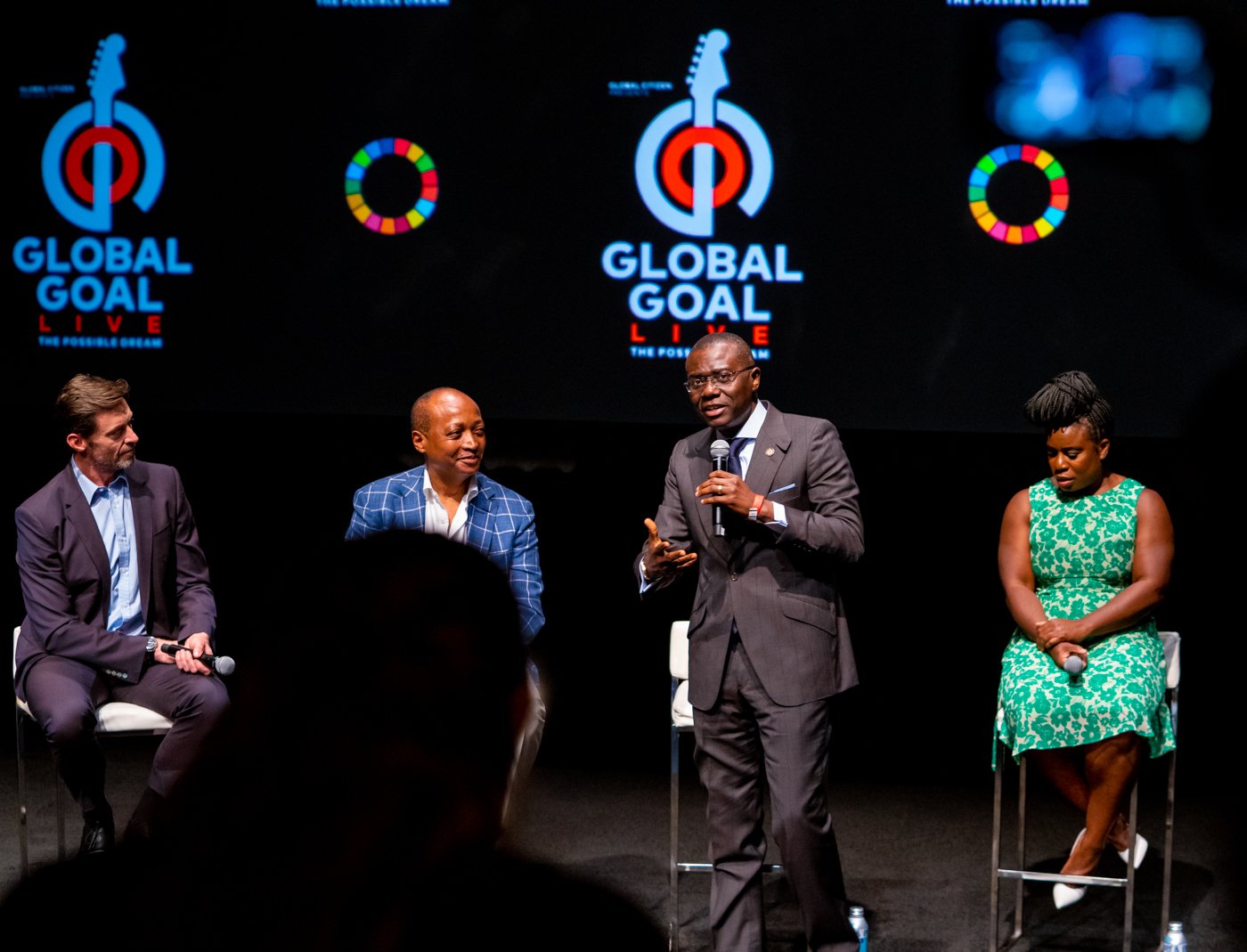 Lagos state governor, Babajide Sanwo-Olu, has announced a pledge of $20 million to improve water and sanitation thereby ending open defecation in Lagos state. He made this known at the just concluded 2019 Global Citizen Festival in New York.

During an interactive session of global leaders, activists and entertainers on Friday night, Sanwo-Olu announced Lagos, Nigeria as the host city for the year 2020 Global Citizen Festival, stating the need to end extreme poverty by the year 2030, which is the aim of the Global Citizen movement must be embraced by every world leader.

Taking to Twitter, the Lagos state Governor made the announcement;

As part of the SDGs to eradicate extreme poverty and lift 100 million Nigerians out of poverty, I announced Lagos as host of Global Citizen Festival 2020 during a panel discussion alongside Uzo Aduba, Hugh Jackman, Usher and others. Lagos is ready to join the fight against poverty.