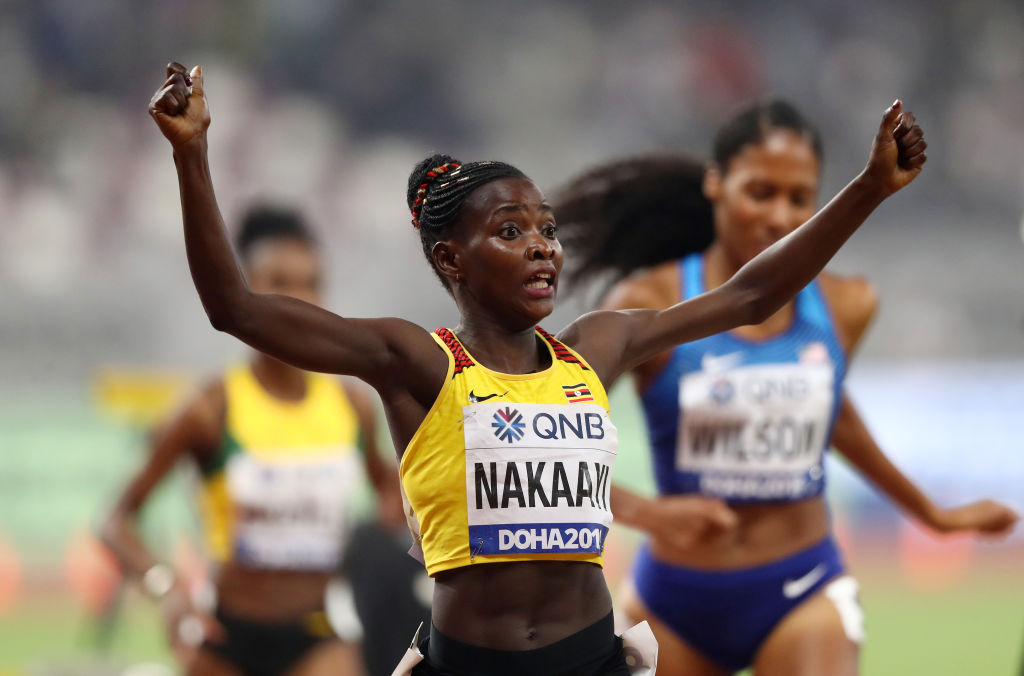 The biggest surprise at the IAAF World Athletics Championships Doha 2019 was Halimah Naakaayi of Uganda pulling off a victory in the 800m held at Khalifa Stadium.

IAAF reports Uganda never had a World Championships finalist in the women’s 800m.

Ajee Wilson took command after the break, with Jamaican Natoya Goule closely in tow. About 250 metres into the race Nakaayi tucked in behind the pair and lodged herself comfortably.

Wilson kept the pace fast and forged on, passing the bell in 57.94, maintaining her lead down the back straight. But Nakaayi kept the pressure on, shadowing the American through the bend, seemingly waiting for the opportunity to pounce.

Wilson began to labour at the top of the home straight, giving Nakaayi an opening. She took it with about 30 metres to go, chugged by and held on to reach the line in 1:58.04, a national record.

Nakaayi, whose only previous big race medal came at the All Africa Games in August, where she took bronze said: “I was feeling so good, I knew something special was going to happen tonight. So I just kept pushing and pushing. I was feeling strong and in the end I got it.”

Rogers, a three-time NCAA champion was pleased to carry some of that speed to Doha said, “Silver means a lot to me. It’s been a hard year with lots of ups and downs mentally and in other ways so this is a great way to end.”

Wilson, who raced to silver at the last two editions of the World Indoor Championships and bronze in London two years ago said, ”I’ve got to feel good. I wanted to win of course and went off hard, but in the last part of the race I saw it was hard. At least I got a medal”.