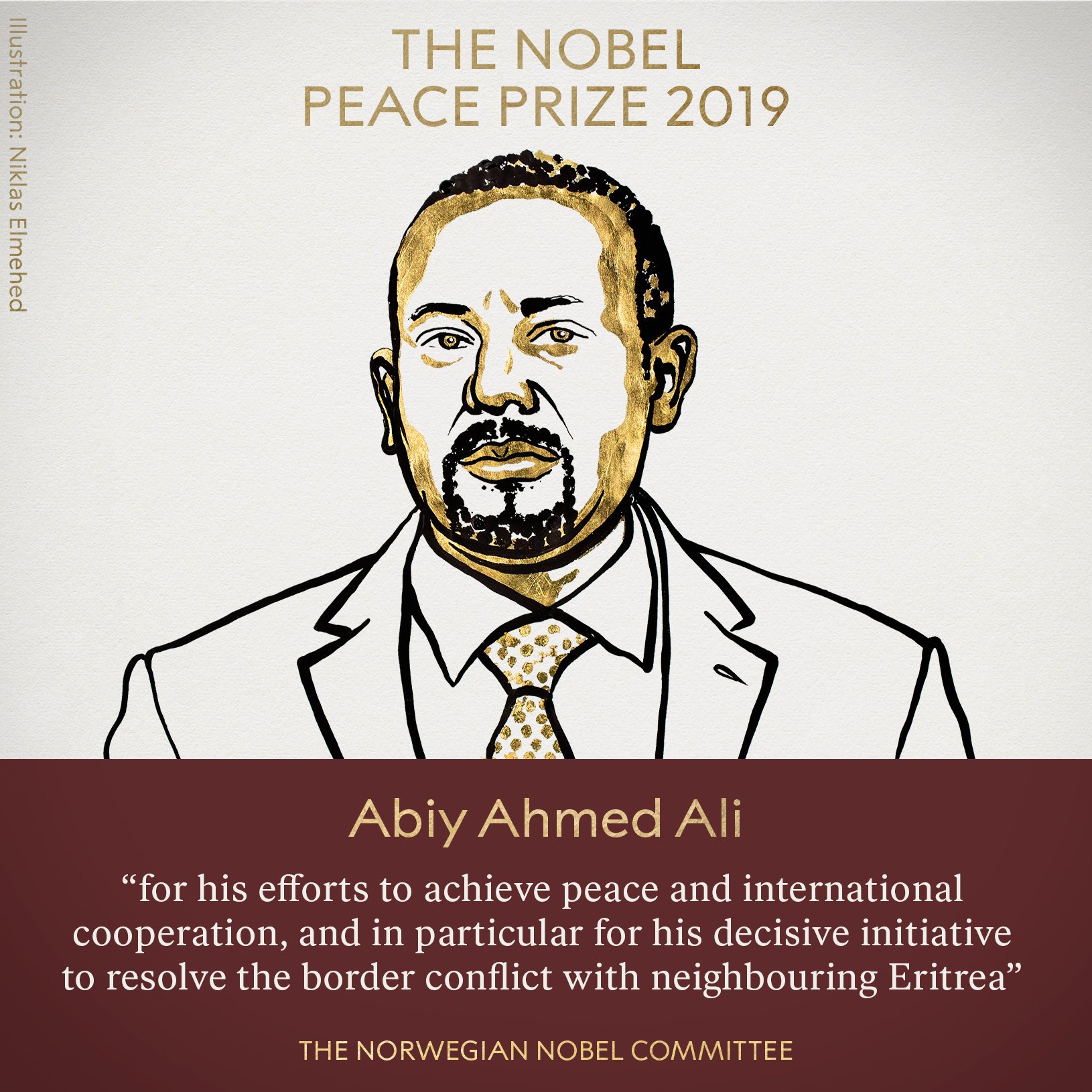 Ethiopia and Eritrea, longtime foes who fought a border war from 1998 to 2000, restored relations in July 2018 after years of hostility.

There were 301 nominees for this year’s prize, of which 223 are individuals and 78 are organisations. 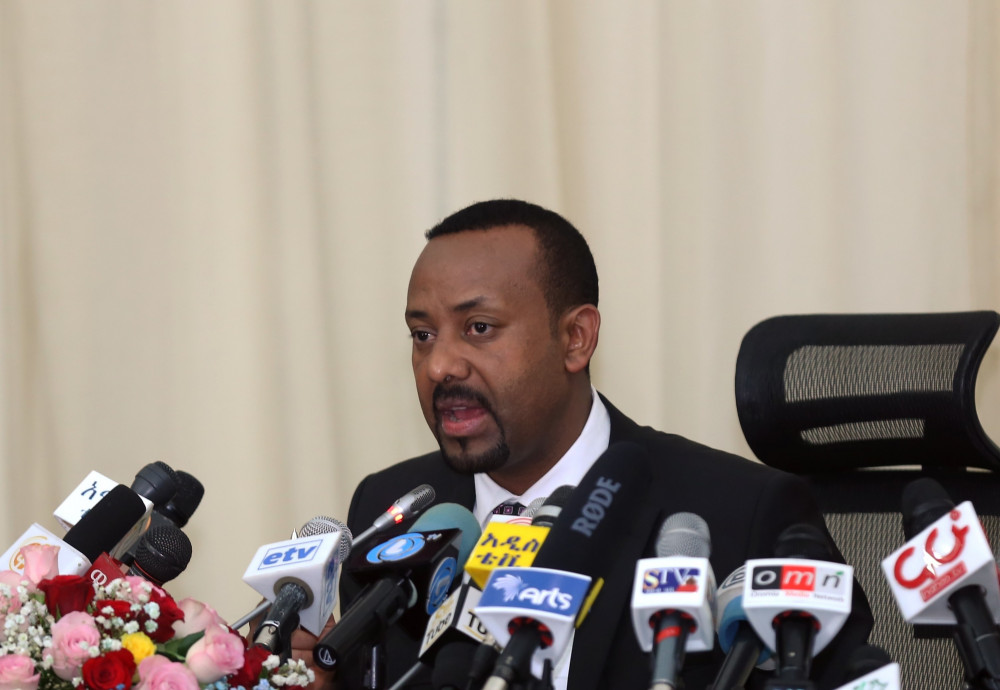 The Nobel committee released a recording of the call between Abiy Ahmed and Olav Njølstad, Secretary of the Norwegian Nobel Committee, which was made shortly after the public announcement

In the call, the Ethiopian prime minister says “I am so humbled and thrilled when I just heard the news. Thank you very much. It is a prize given to Africa, given to Ethiopia…I am so thrilled.”

The Norwegian Nobel Committee said it “has decided to award the Nobel Peace Prize for 2019 to Ethiopian Prime Minister Abiy Ahmed Ali.”

Ethiopian Prime Minister Abiy Ahmed Ali has been awarded this year’s #NobelPeacePrize for his efforts to achieve peace and international cooperation, and in particular for his decisive initiative to resolve the border conflict with neighbouring Eritrea.

The 2019 Nobel Peace Prize is also meant to recognise all the stakeholders working for peace and reconciliation in Ethiopia and in the East and Northeast African regions.

In close cooperation with Isaias Afwerki, the President of Eritrea, this year’s Peace Laureate Abiy Ahmed quickly worked out the principles of a peace agreement to end the long “no peace, no war” stalemate between Ethiopia and Eritrea.

In Ethiopia, even if much work remains, Peace Laureate Abiy Ahmed has initiated important reforms that give many citizens hope for a better life and a brighter future. As Prime Minister, Abiy Ahmed has sought to promote reconciliation, solidarity and social justice.

The Norwegian Nobel Committee believes it is now that Abiy Ahmed’s efforts deserve recognition and need encouragement. The committee hopes that the 2019 #NobelPeacePrize will strengthen Prime Minister Abiy in his important work for peace and reconciliation.

7 Things you Should Know About Sadia Farouq, the Youngest Minister in Buhari’s Cabinet