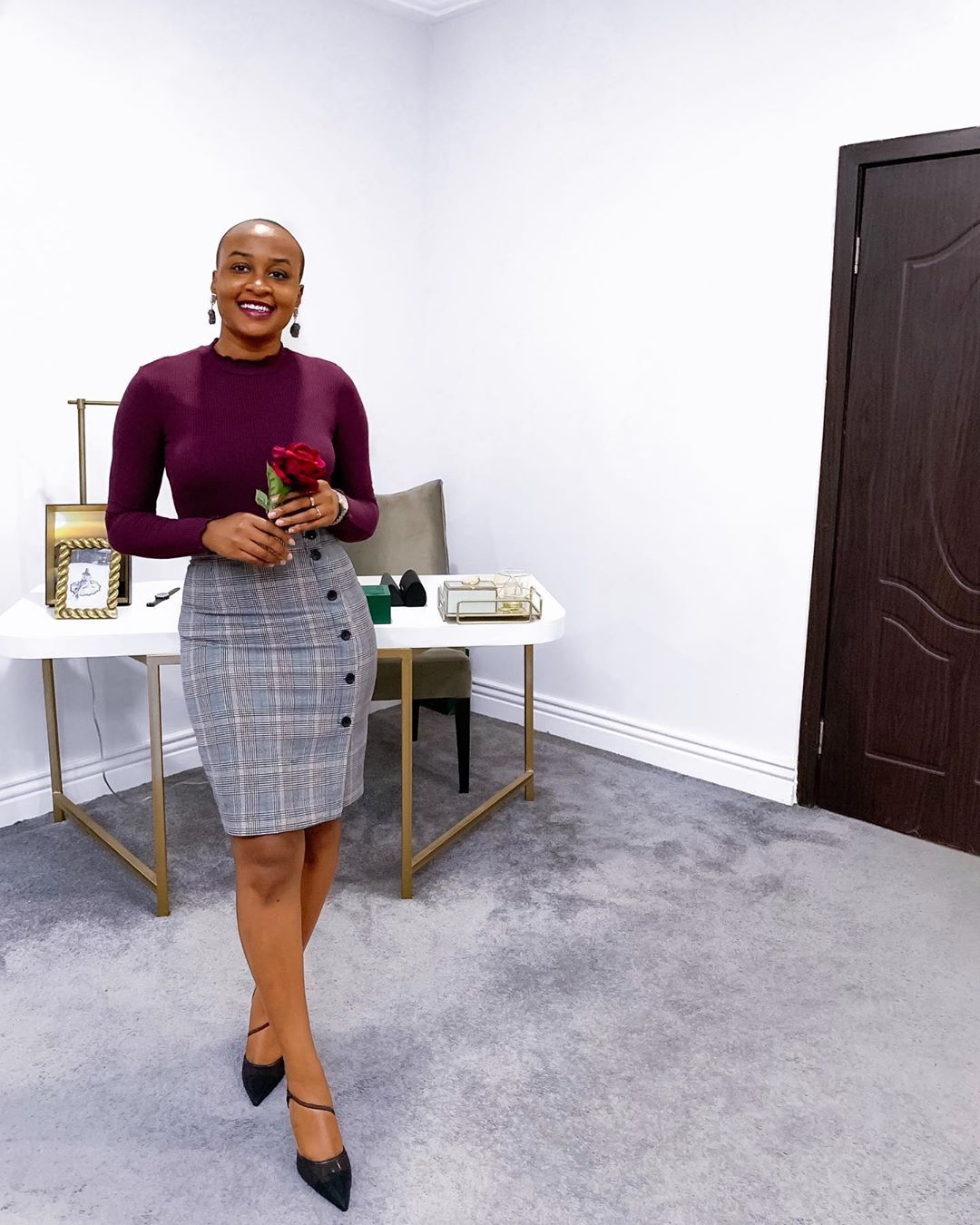 Glory Osei and Muyiwa Folorunsho, who, according to Twitter users is her husband, have been accused by several people of  fraud and hostility to employees.

It all started when a lady shared on twitter how she was fired from their company. According to the lady, the office environment was very hostile because of the ‘CEOs’. She eventually got fired for coming late to work after the vehicle conveying her was involved in an accident.

Everyone who knows me how much this employment destroyed my entire life. I was an anxious mess. Muyiwa is INSANE and I'm ready

Since then, several Twitter users have shared their experiences.

Muyiwa sold these lands to people regardless with the help of the sales staff. Sold a lot of plots! As I write this, there’s no land anymore. Government has reallocated those plots to someone else so muyiwa has eaten your money just Incase you bought land from him.

I remember one time Muyiwa called Creative Team for a meeting and as soon as we stepped in he sent everyone out saying we were smelling.

Deputy Jesus is the only person I know that gets offended by the smell of food.

Everyone who knows me how much this employment destroyed my entire life. I was an anxious mess. Muyiwa is INSANE and I'm ready

Apparently this scam has been going on since 2014. Wicked people full this world o. pic.twitter.com/qNdqj3QtIJ

Glory Osei has issued a statement in response to the accusation. Read below 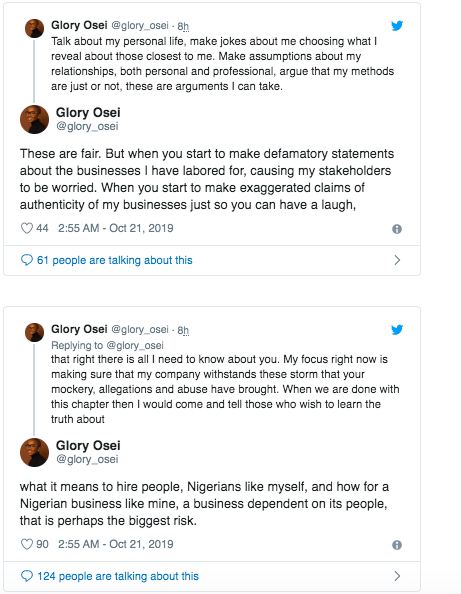 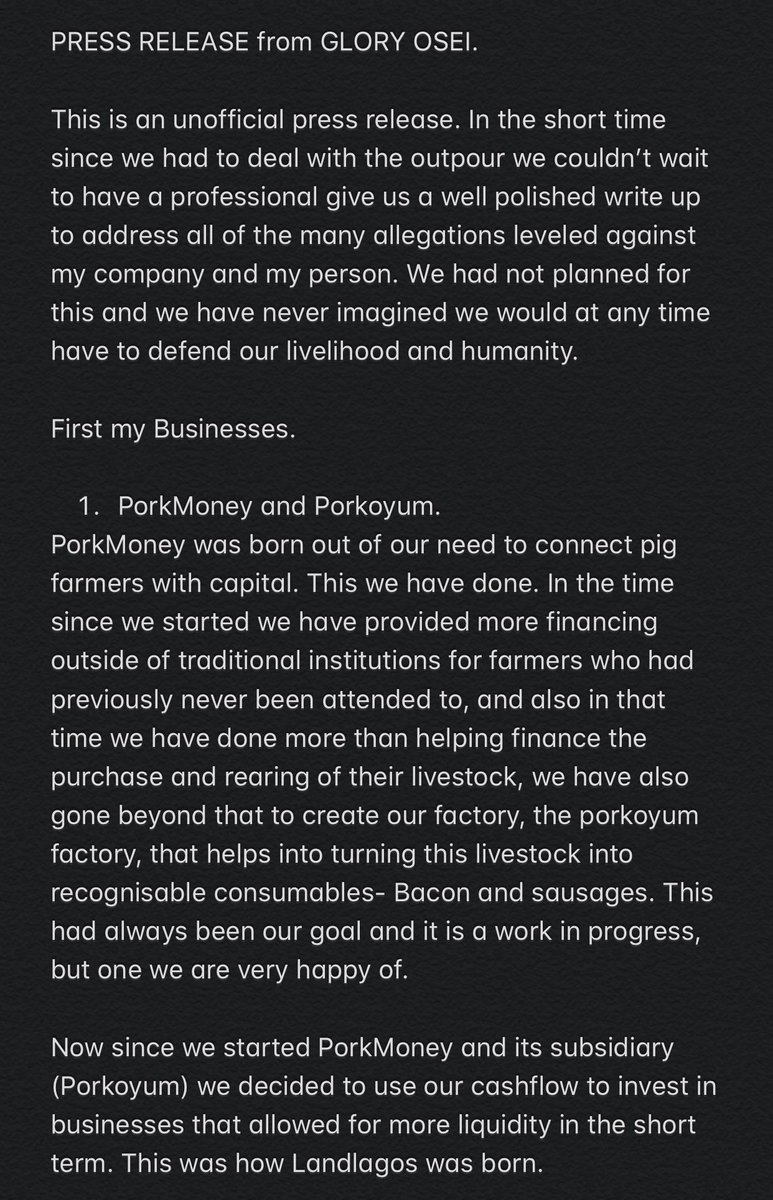 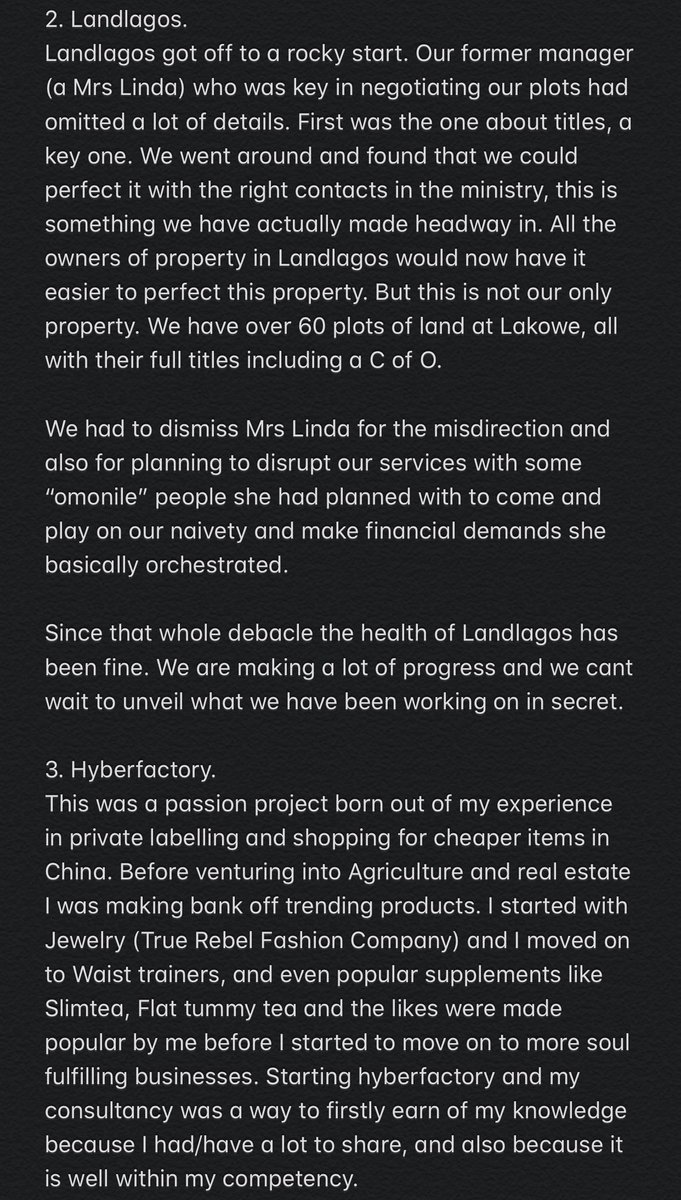 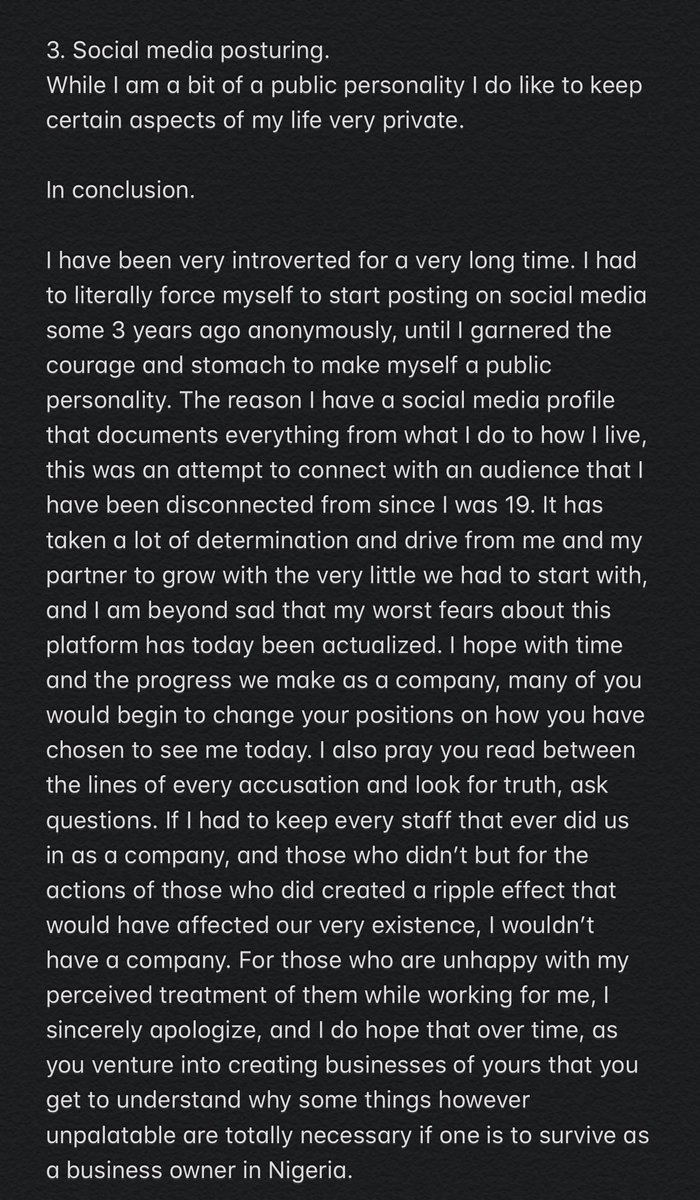 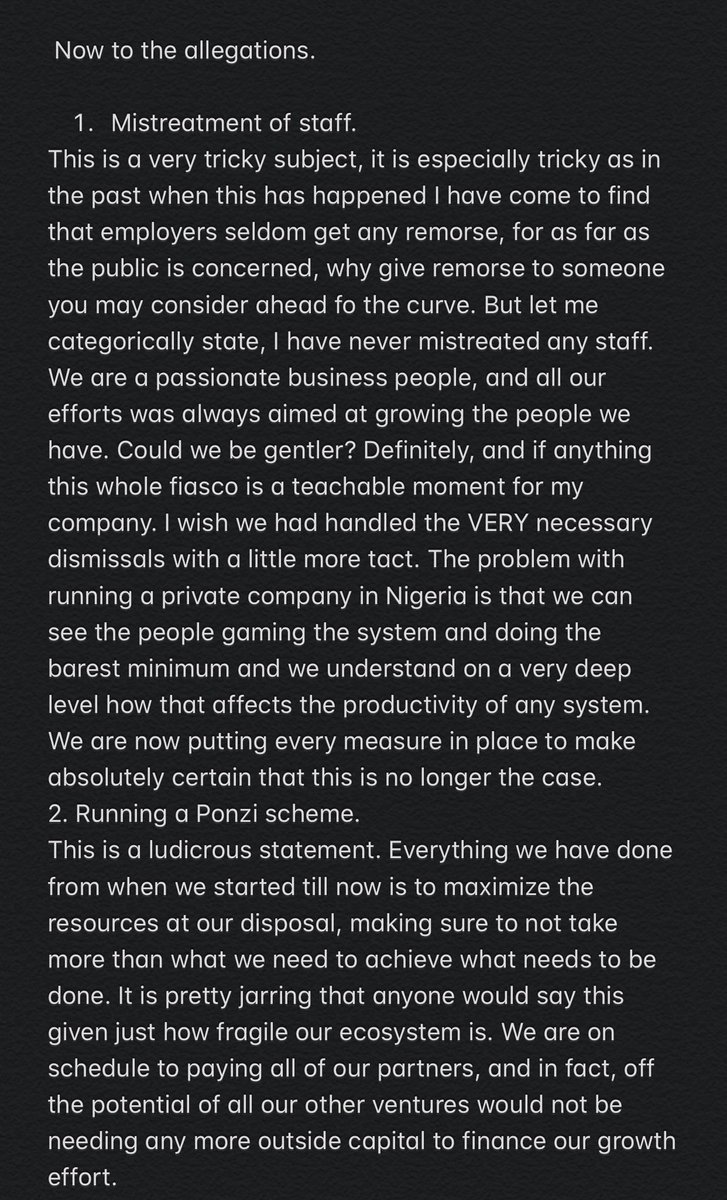