Dear Nigerians, We Need To Stop Defecating in Public! 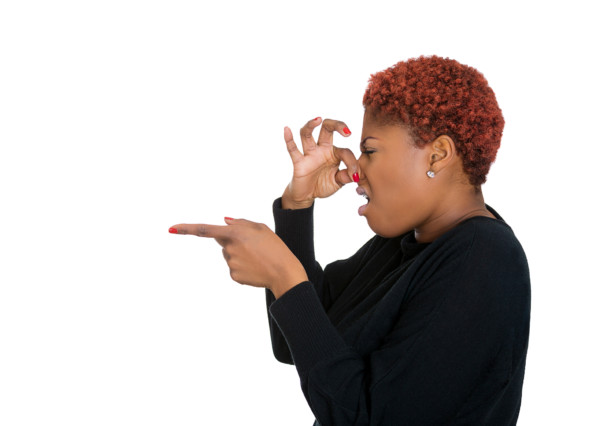 According to UNICEF, Nigeria is currently among the nations in the world with the highest number of people practicing open defecation, estimated at over 47 million people. 2018 National Survey shows that at least 24% of Nigeria’s population practice open defecation. This has placed Nigeria as the worst open defecating country in Africa, and the second-worst open defecating country in the world, after India. UNICEF states that this practice has had a negative effect on the populace, especially children, in the areas of health and education and had contributed to the country’s failure to meet the MDG.

It doesn’t end there. It is estimated that Nigeria loses N455 billion (US$ 1.3b) annually due to poor sanitation. From the North, West, South, and East, average Nigerians are fond of exposing their privates and releasing their waste products in the open. And in light of the government’s inability to find a long-lasting solution to this problem, it is getting worse, day after day.

Let’s narrow it down to Lagos state…

Every nook and cranny of Lagos state seems to be drowning in the urine of its citizens. From the mainland to the Island, it is getting increasingly difficult to walk 10 kilometers without getting hit by the stench of fermented urine. It has gotten so bad that even BRT terminals, parks, bridges, filling stations, walkways, fences, and walls of buildings are mapped with urine.

In Lagos, you don’t need to walk far before you find people – both young and old – dangling their privates around and splashing their urine on walls and floors. Worse still, majority of them do not ease themselves before leaving home with the intent of passing out their waste on the roads.

Walking down the CMS bridge to the BRT Terminal, passersby are forced to cover their nostrils due to the strong smell of urine that hits them. Beneath the Bridge in SandFill, there is a particular spot there where people dump their faeces. Right inside the BRT Terminal in Mile 12, there is a small puddle filled with urine. Let’s not talk about places like Lagos-Badagry Expressway, Ikorodu road, Mushin, Ajegunle, Makoko, Ijora, Festac and the rest.

Before, you could hardly ever see people defecating in public, you would just wake up in the morning to see fresh faeces on the streets or in bushes. The case is different today, many Lagosians have thrown caution into the wind and people can be seen on bridges passing their waste into the sea. Faeces can also be found in black nylon bags and dumped on the streets.

It is not just in Lagos…

It is estimated that 53.9 percent of the population practicing open defecation across the geopolitical zones of Nigeria are in the North Central States – this makes up 16 million people. Kogi state is leading in the race with 65.8% of its population passing out their waste in open places. As a matter of fact, Kogi is the number one state in Nigeria where open defecation is practiced.

Kano State is following pretty well in the footsteps of Kogi state with 1 in 4 people defecating in the open. To curb this menace, a community in Kano imposed a fee of 3,000 Naira on anyone found defecating in public. But will this help? Time will tell.

Our brothers in the Eastern and Southern parts of Nigeria are not left out; Enugu currently leads in the east, with a population of 48.6% defecating publicly and Cross River represents the South with 53.6% of its people defecating openly.

Ekiti is leading in the West with 60.8% of its population practicing open defecation.

How is this affecting us?

Every year, more than 70,000 children under five die in Nigeria from diarrhea as a result of unsafe water and poor sanitation conditions. Open defecation is also one of the leading causes of cholera in the country. In striving to curb the rising act of open defecation, President Muhammadu Buhari declared a state of emergency on water, sanitation, and hygiene in November 2018.

If you fall sick after eating roadside meals and you’re wondering why, it could be because flies – that have previously perched on faeces – have also perched on your food.

What can we do to curb this?

With the current change in climate, there’s an urgent need to tackle the issue of open defecation. According to SDG Knowledge Hub, “Potent combination of rising temperatures, unpredictable rain patterns, flooding and increased frequency and intensity of extreme weather events are expected to proliferate faecal-environmental-oral contamination routes. Overflowing sanitation facilities, disrupted hygiene habits, and accelerated pathogen development due to warmer temperatures will all add increasing stress on fragile health systems.”

We all must play our part in curbing open defecation. This can be done by sensitizing the general public about the implication of defiling our roads and the environment with their waste. You will be shocked to know that many people who defecate publicly are not aware that it is wrong. Shocking? We know right.

According to The Guardian, Ibrahim, a father of six, admitted to practicing open defecation until government officials visited the village and explained how the habit endangered health.

There’s a need to enlighten people on why such acts are not welcome. Using social media, television, radios, newspapers, and billboards to communicate this will go a long way.

It is important for the government (especially local government representatives) to also build public toilets in their communities.

With the current plan to launch a National Programme on Water and Sanitation by the Ministry of Water Resources, open defecation across the nation is expected to reduce drastically. The Minister, Suleiman Adamu, also stated that “The Federal Government will do everything humanly possible to stop open defecation by 2025.”

Who will bell the cat?

You, you… and you! Ending open defecation in Nigeria is not going to be easy. That is exactly why change needs to begin with you. It’s not an easy task, and definitely not an interesting one. But we all need to take the bull by the horn. Play your part by telling that your neighbour – who you suspect – to stop defecating in public (you didn’t read this here!). If you are also boxed up, donate a public toilet in your community.

Finally, if you know you are fond of urinating in public – on the walls and on the roads, or anywhere else – ah! Please stop today! In fact, we sprinkle holy water on you right now because that spirit of open defecation in you must die by fire!

We know the issue of open defecation can be very irritating and we’re pretty sure you have tales to tell. So tell us, have you had any experience or seen anyone do it and it peppered you to your bones? What can we also do to curb open defecation?

Dakore Egbuson-Akande is a Happy Birthday Belle in these Photos