Glow like the Queen that you are with "The Grail", a New Make up Product from Dabota Lawson

Another win for FirstBank's CEO, Adesola Adeduntan as He clinches the Forbes Best of Africa Award 🎊 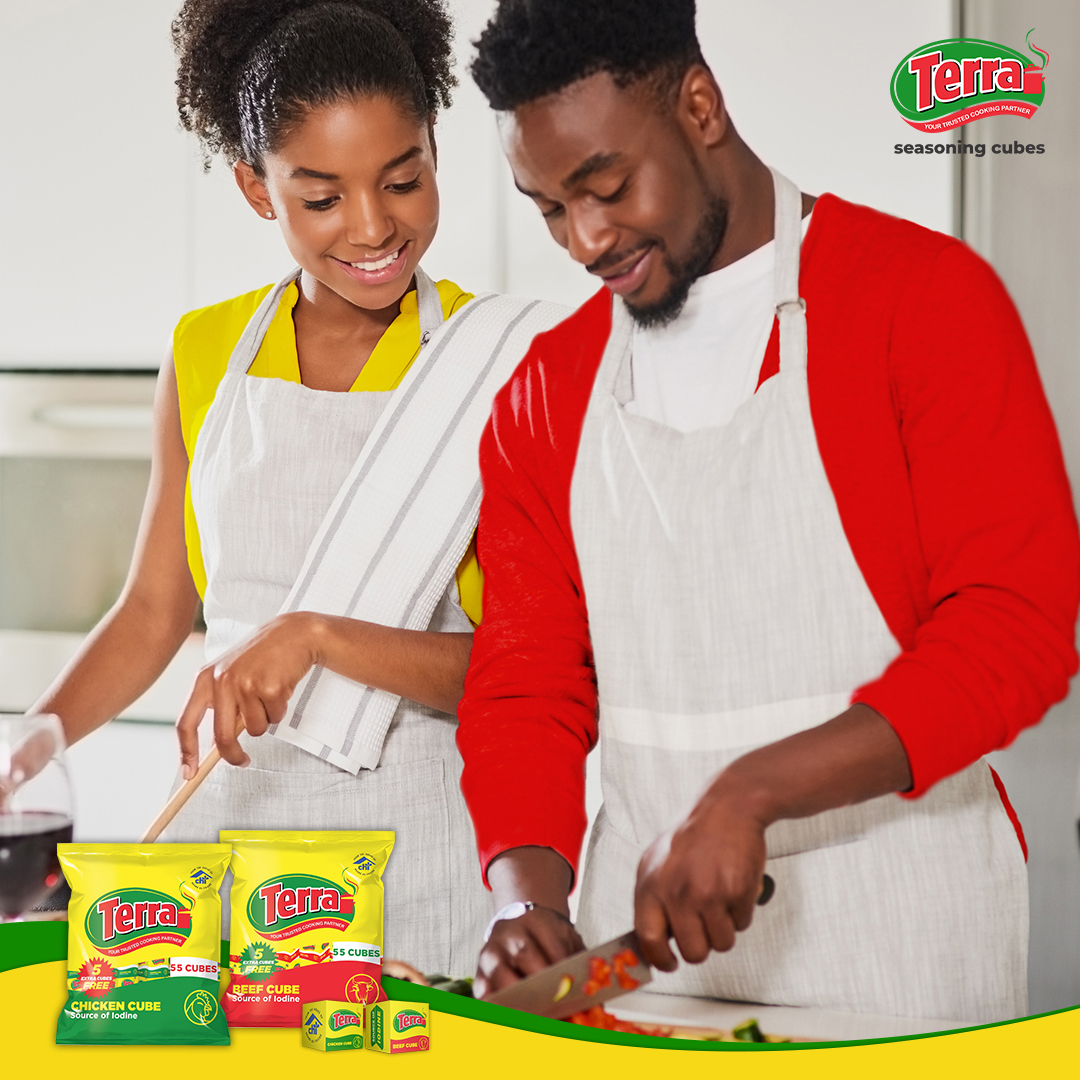 They say the way to a man’s heart is through his belly, but the way to a woman’s heart is love and commitment. A relationship almost crumbled because of food. Femi believed his woman should do the cooking, so he only provided and passed on compliments.

Ada, Femi’s girlfriend, knew the world has evolved beyond such a myopic mentality. Ada went to spend the weekend at Femi’s place, as they had planned but things got weird quickly. She asked what he cooked and he said he was waiting for her. He went on to say he wanted “her delicious Efo Riro” with Pounded Yam.

Ada then realized that Femi stocked the kitchen in anticipation of her arrival; she was gutted. To make matters worse, he left her in the room and went to watch football in the living room. But she was too hungry to be mad and quarrel so she made lunch.

The next day, Femi told Ada that his friends were coming over to visit, he asked that she prepares amala and ewedu and “maybe chips and chicken for the football match” in the bid of showcasing her cooking prowess. She told him to go make it. He got angry saying his wife-to-be must always be ready and know how to make whatever meals he desires when he desires. She got angry but said and did nothing, as she went ahead to cook.

That night, he happened to hear Ada’s conversation with a friend and what he heard shook his world. She can’t marry a person with such an outdated attitude. He began to make extra efforts in fear of losing her: YouTube became his cooking guide, and he practiced daily. Something was still missing; the final piece in his cooking puzzle – the right seasoning cube.

As he scrolled through his phone in search of his next cooking video, he came across the Terra seasoning cube on Instagram. It was advertised with “Lock the aroma in, get the taste out”. He liked the line, So he decided to give Terra a try. Alas, he had found the missing piece in his cooking puzzle!

On her next visit to Femi’s house, immediately he opened the door, Ada knew something was up. There was some nice aroma wafting around. Before she could say anything, Femi carried her in his arms and took her to his kitchen where he had cooked Efo-Riro and also goat meat stew. He had also fried some plantain and boiled rice. That was the nice aroma she was perceiving!

As they sat down to eat, she complimented his cooking and asked him how he learnt to cook such great meals. He told her he learnt it from YouTube. She asked him what seasoning cube he used as she really liked the taste of the food and aroma. He said he’s used Terra cubes. She made a mental note to buy Terra seasoning next time she went grocery shopping.

The love between Femi and Ada began to sizzle again, thanks in no small part to humility, food and of course Terra seasoning.

Terra seasoning is made to lock the aroma in; get the taste out during and after cooking to make your food taste richer and sumptuous. Terra suits the requirement of every Nigerian food type.

Follow Terra seasoning cube on social media @TerraCubesNaija to learn more about the brand, and get to read testimonials from people who have tried the Chicken or Beef variants. Try Terra cube this weekend and tell us about your experience. We will be waiting!

Film For Impact Foundation is Calling Out to Filmmakers to Submit Entries for AFFIF 2020 ?