Twitter is getting set to ban all political advertising worldwide.

The announcement which was made by the CEO of Twitter, Jack Dorsey via his official twitter page, he stated that the reach of such messages “should be earned, not bought”.

Twitter’s ban will be enforced from 22 November, with full details released by 15 November. 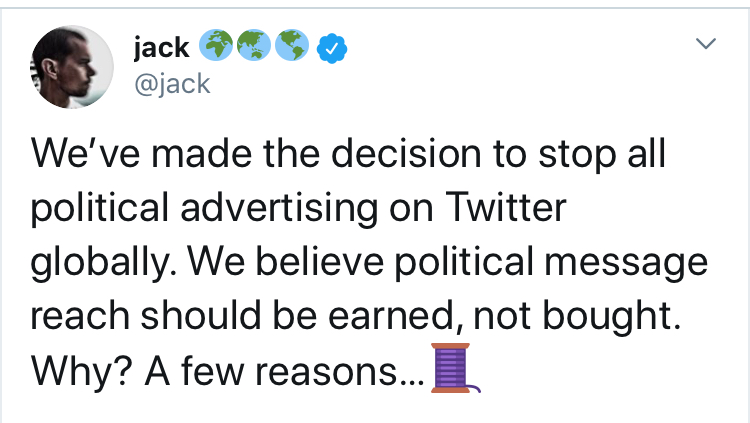 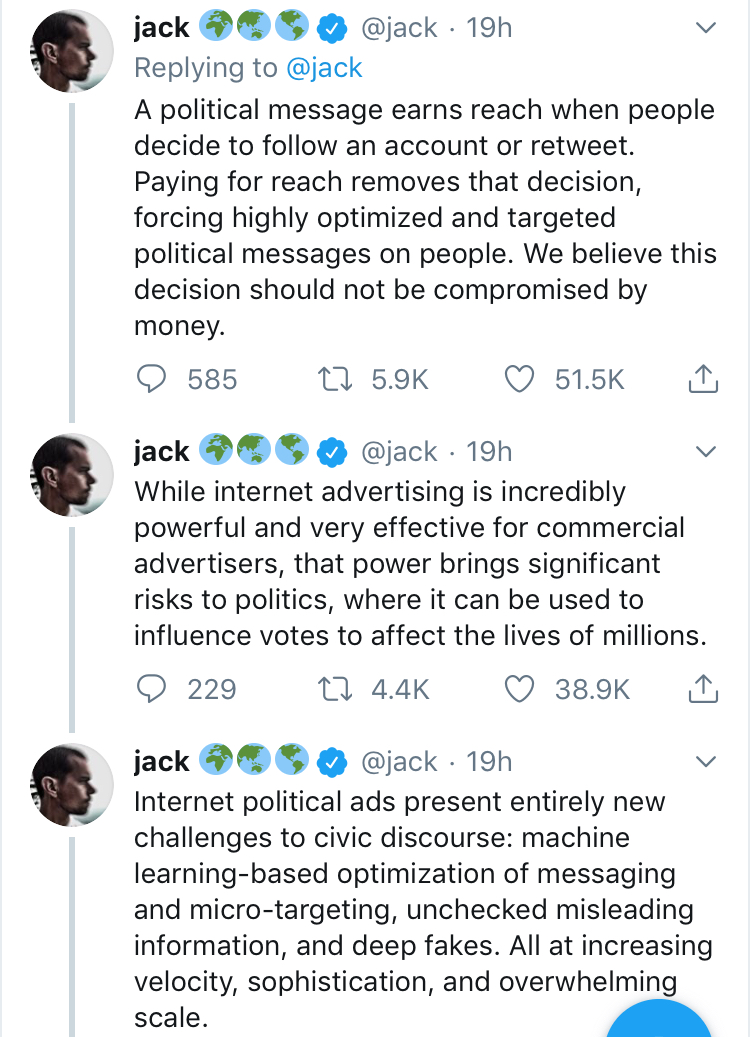 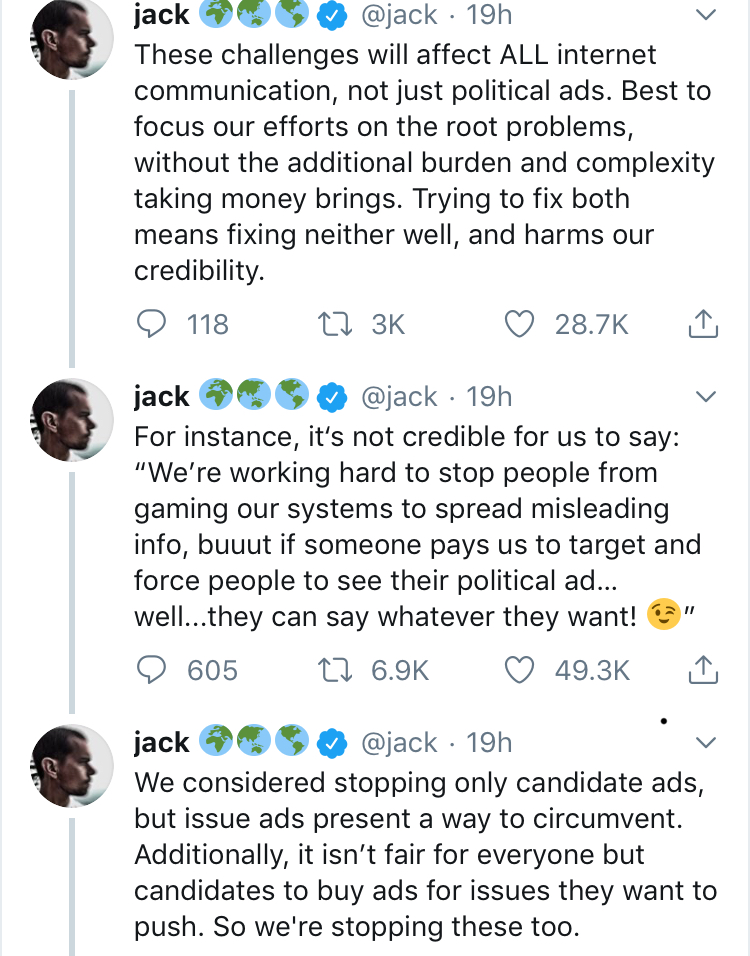 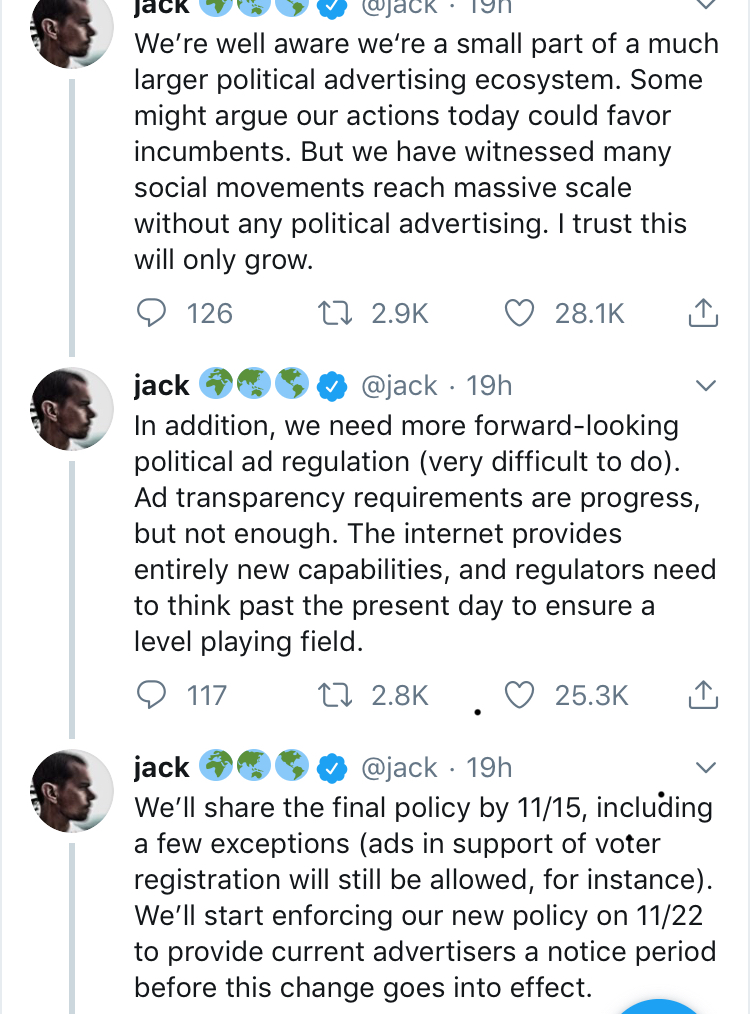