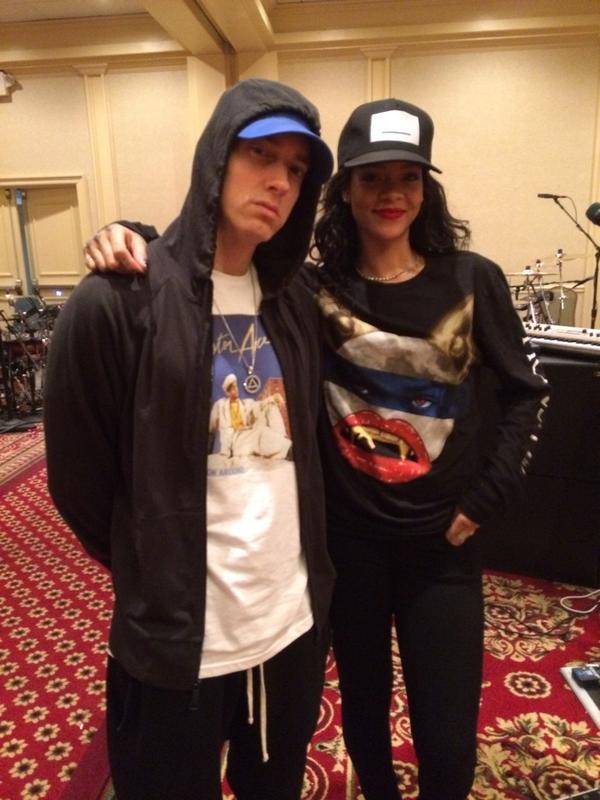 On Monday, November 11, a track by Eminem “Things Get Worse” in which the rapper supported Chris Brown’s 2009 assault of Rihanna got leaked online.

In 2009, Chris Brown attacked Rihanna when they were still a couple and Brown was found guilty of felony assault and sentenced to five years of probation, one year of domestic violence counselling and six months of community service.

“I’m not playing, Rihanna, where’d you get the V.D. at?” and also, “Let me add my two cents/, Of course, I side with Chris Brown/I’d beat a b*tch down too if she gave my d*ck an itch now,” were allegedly lines from Eminem’s verse in an old song. They were originally taken out during the recording sessions of Eminem’s 2009 album, meanwhile a different verse appeared on B.o.B.‘s 2011 track of the same name, XXL reports.

Eminem’s publicist Dennis Dennehy has since released a statement, which says: “This is a leak of something that’s over 10 years old. After Eminem recorded it, he scrapped it and rewrote it. Obviously he and Rihanna have a great relationship.”

Eminem and Rihanna have collaborated on several occasions; from the track “Love the Way You Lie” for his 2010 album Recovery, to “The Monster“, in 2013.