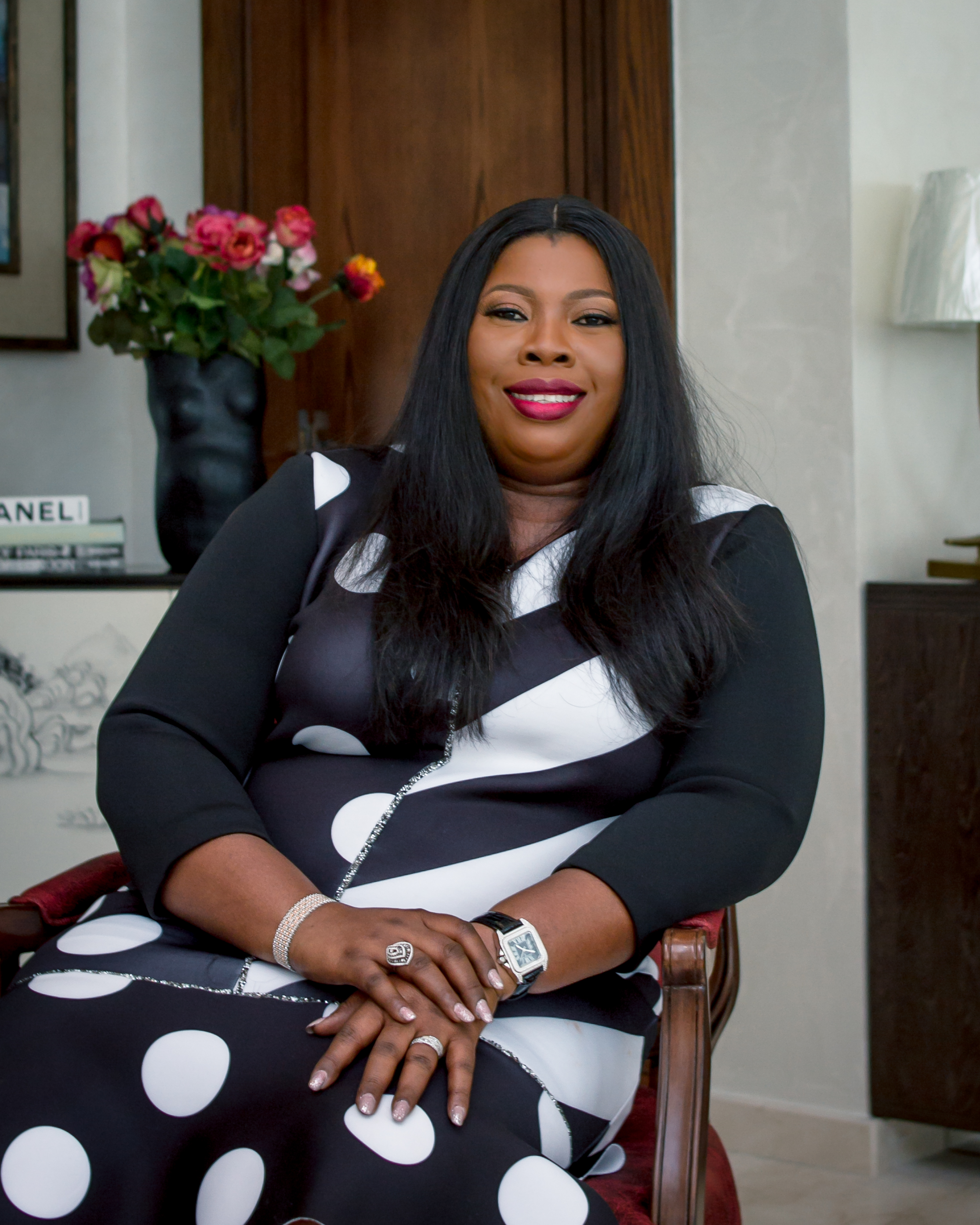 Titilope Olubisi Ejimagwa is an experienced businesswoman who has always had an eye for good business. Titilope EJIMAGWA graduated from Lagos State University in the early 1990s and has had over 20 years of experience in the Networking business, a journey that has taken her across different Network Marketing companies.

Ejimagwa has risen to become a pivotal piece in the Longrich Hierarchy as the first ‘Black’ 5 Star Director.

Apart from creating more wealth for herself, she has also helped in placing Longrich at the forefront of the Multi-level Marketing business in Africa and the international market. 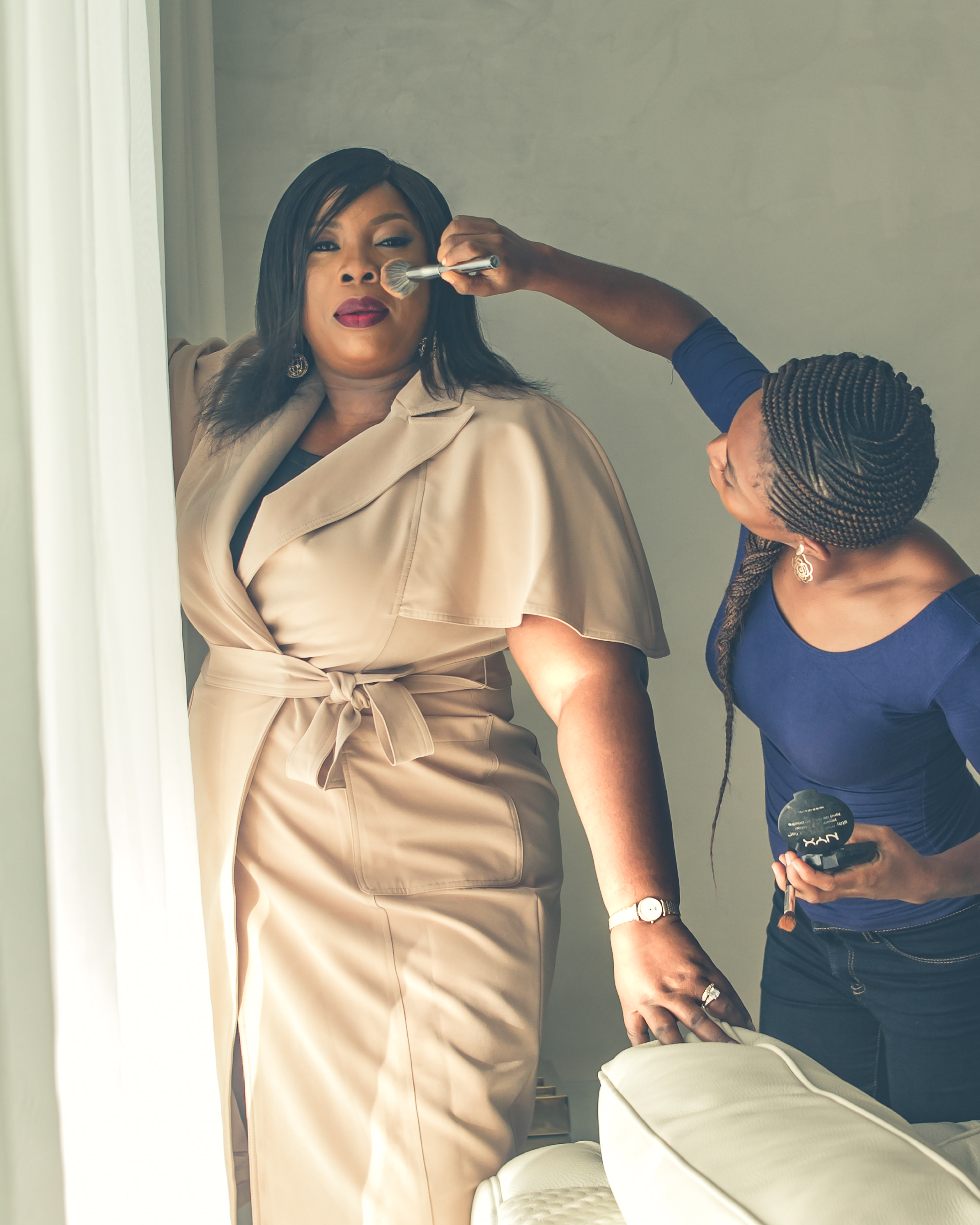 Multi-level marketing or network marketing is about helping others to grow, it is about leveraging on the network of others and growing one’s customer base through people. I have been in the business for almost 20 years.

“I would say first, my health, I wanted good health from the products and then good money. I was married for a very long time and had to wait for a long time before having my first child. Some friends suggested native ways but I just did not believe in going to people for help through the traditional means. So I was told that one could have a child in a godly and healthy way without going through the traditional means by using some supplements, which led me to the business. Also, I had a health problem known as Graves Disease, which is not so common in this part of the country and had to wait most of the time for the drug to come from outside the country”.

She further had this to say:

“Fortunately I was able to get some support for my health by using some of the supplements that I have been involved in. It has also helped in making me ageless. Before joining Longrich Nigeria, I had worked with lots of companies, I started with Noni from where I joined FLP and later moved to Tianshi in 2001 and left in 2004. I was also with JEL where I made massive money, and thereafter joined Greenworld where I was no 2 in Africa and now, I am with Longrich, No 1 in Africa and the International Market except China”

I can say my experience with Longrich has been wonderful. If you look at the world economy, the biggest business people that have made huge incomes are the MLM business people. 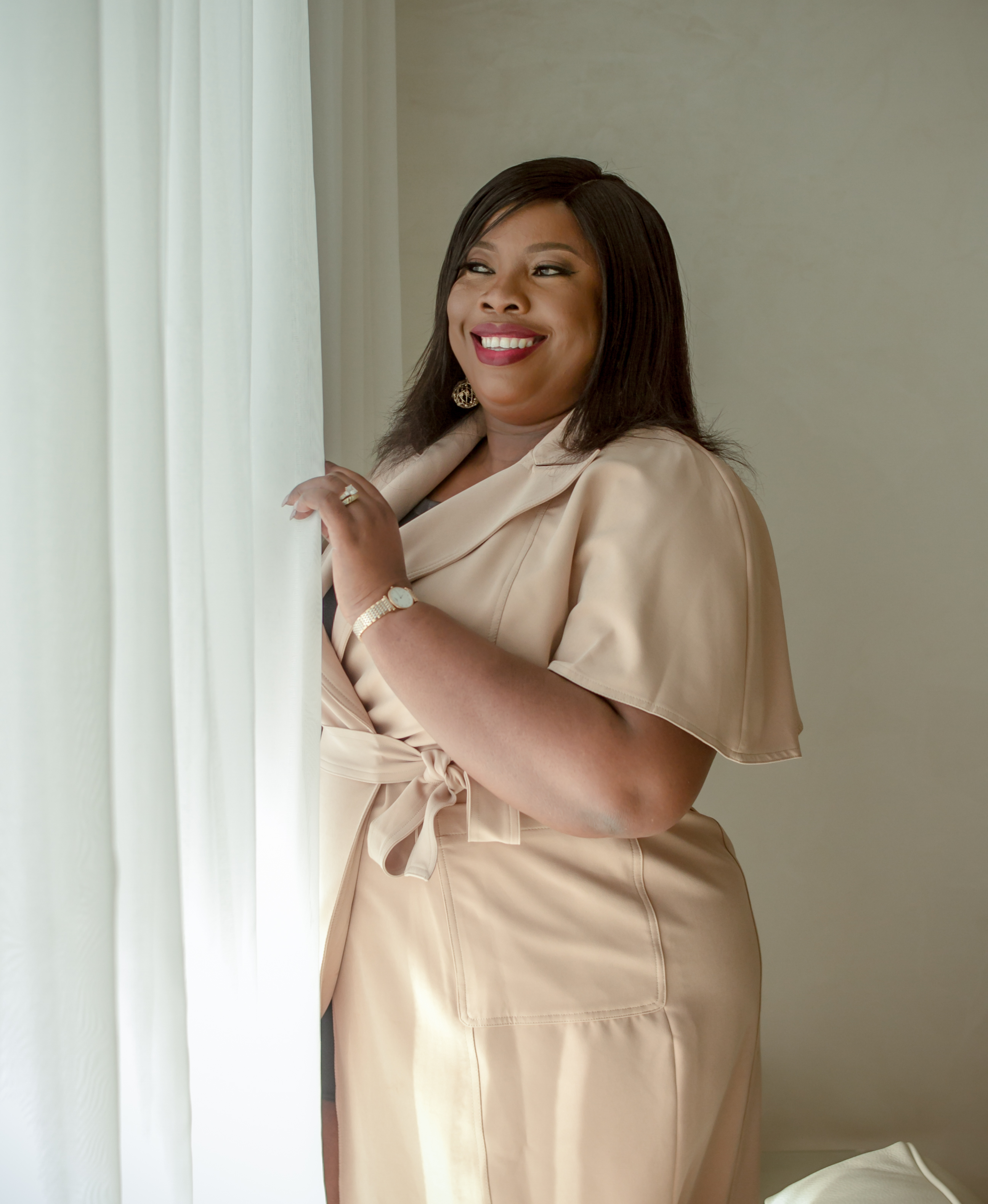 And it’s just unfortunate that most people don’t even consider it. Some people are quiet and are making mega income from the business, some make $8m a month and in Longrich, some make up to N100M weekly. And I don’t know any kind of business that can yield such an amount.

So people can make good money especially if you work with the right ones because there are some of them that are not yielding much income for its customers.

In such a platform, there are pyramids and only the topmost people that joined first make the money. However, when you join the right one like Longrich, what matters is your speed and not just when you joined.

Longrich is a multilevel marketing company; it is No 30 in the whole world under the direct selling companies. They are just 33 years in the industry before now they were one of the top manufacturing companies in China.

They are No 1 in Africa and they partner with companies such as GSK, and a lot of others, Longrich manufactures for these companies.

Longrich is into construction, Real estate, Entertainment, Tourism and so many more. I have been to the company in China several times and met with the chairman. It is one of the few companies that have a license for MLM from their host countries. They got a license to start MLM in 2004 and then came into Nigeria afterward and as at today, they are in about 178 countries in the world.

So it is expected that we research a company before joining. Nigerians are not so gullible. We are 7 years in Nigeria and have done much, the company will be sending some distributors to Europe this year, and some of us were in the US last year for an all-expenses-paid vacation.

We take annual trips to China and various other countries. So they make a promise and they keep to it. With Longrich, you become a part-owner of the company where members share from the global sales monthly. It is massive and it is the company of tomorrow.

People often ask me about my challenges, first, the challenge of finding the right platform can take your time, effort and money. So we should first ask ourselves what exactly are we doing? Is it worth it? Can the company feed me? Can it keep its promise? We should examine these before joining. Secondly, you should look at the products, are they what people need on a daily basis? Then the company itself, can people afford to join the company? Can you believe what they say? Are they trading with your money or bringing in their funds? because some companies just trade with people’s money. Then, if you are a gossiper in MLM business you may not make it because many people use freedom of speech to destroy others. Most of the time people talk about nonessentials which is gossip and it applies to people from all over the world. 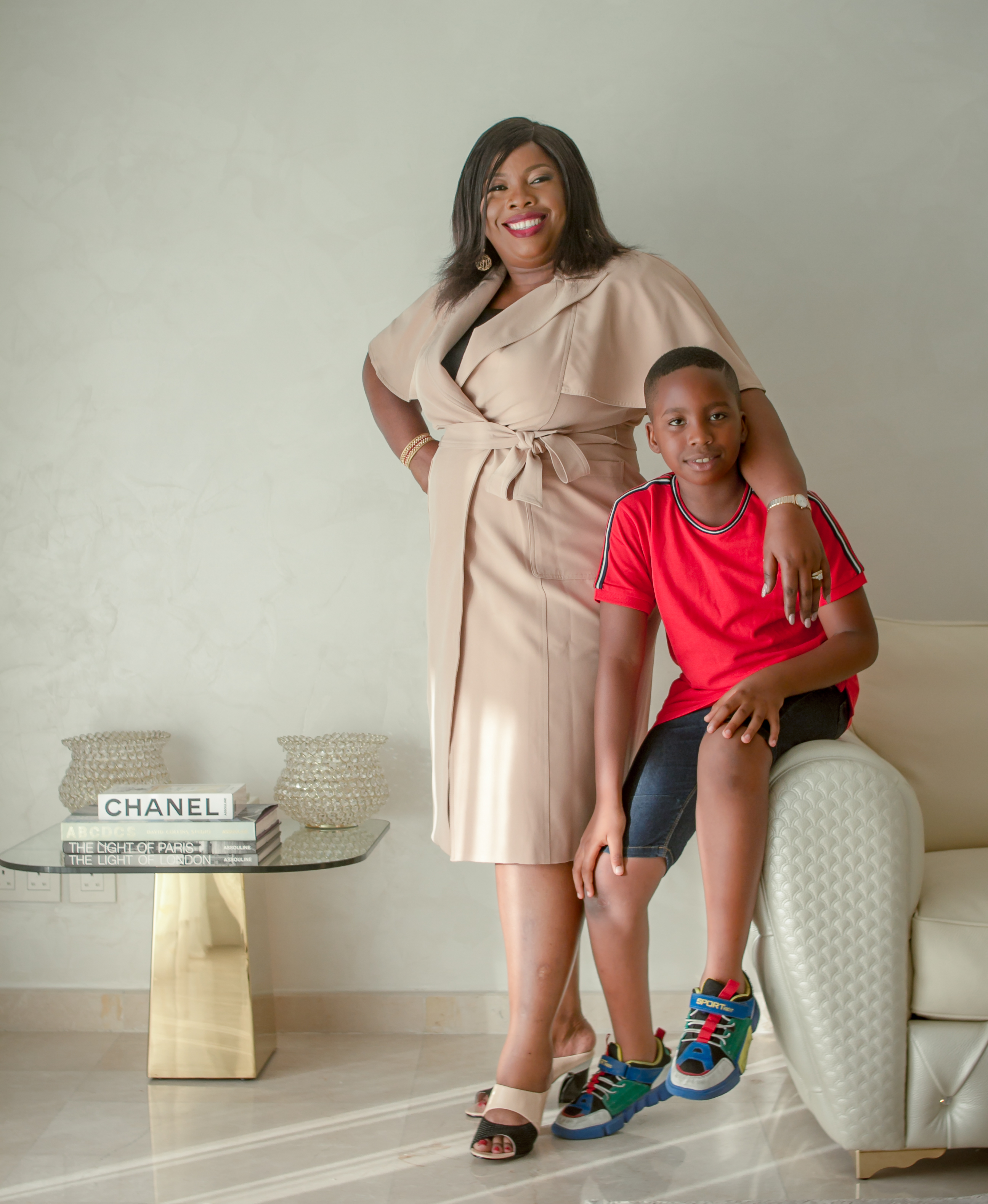 So instead of maligning others, we should build together and the more you do that, the better it gets for you. I do not see all these as challenges but instead as opportunities. So for people to succeed in this industry they need to learn.

When joining Longrich, be sure of what you want to do and ask questions. You need to have a positive mindset and work towards success. 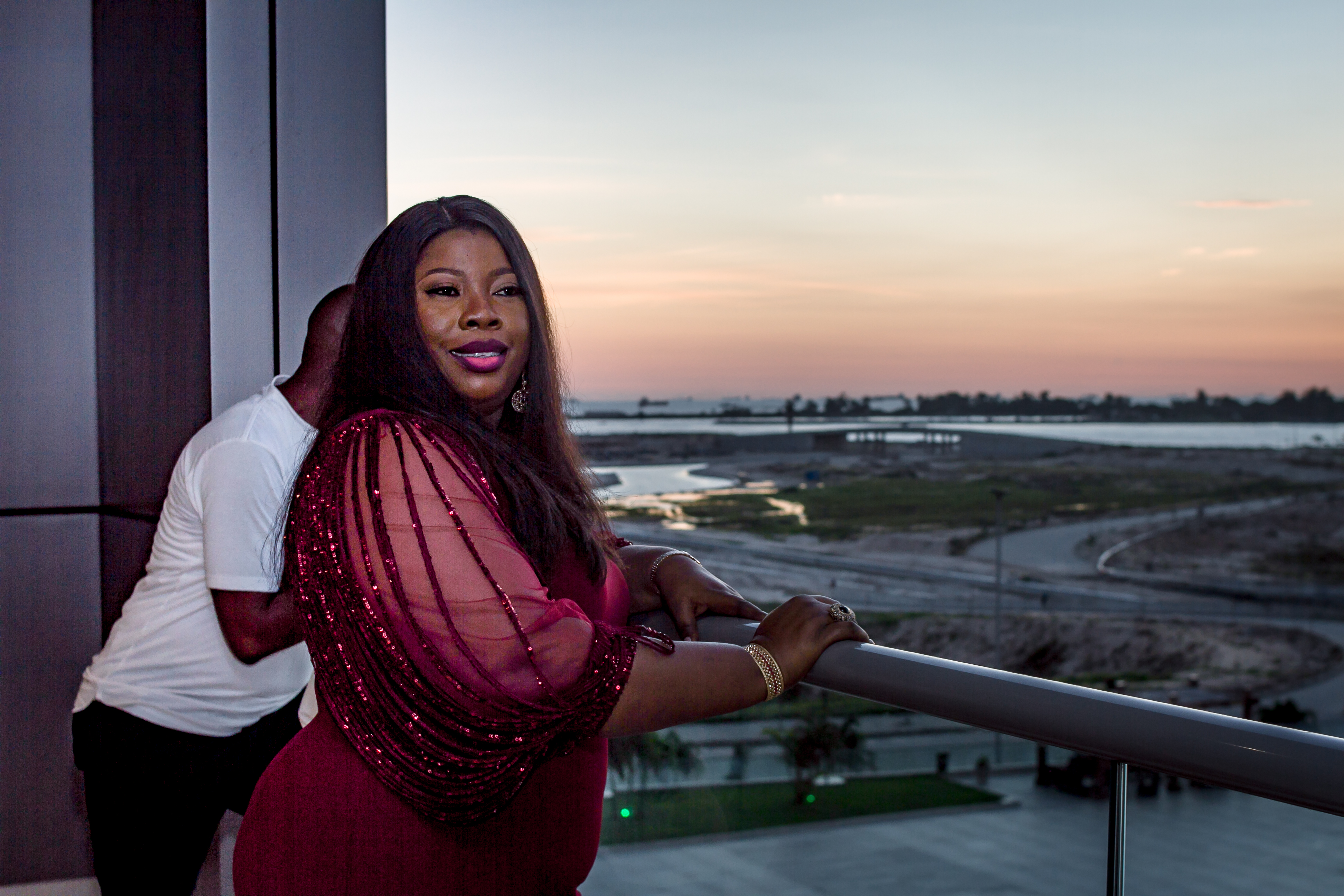 Titilope Olubisi Ejimagwa with Husband at their property in Eko Atlantic 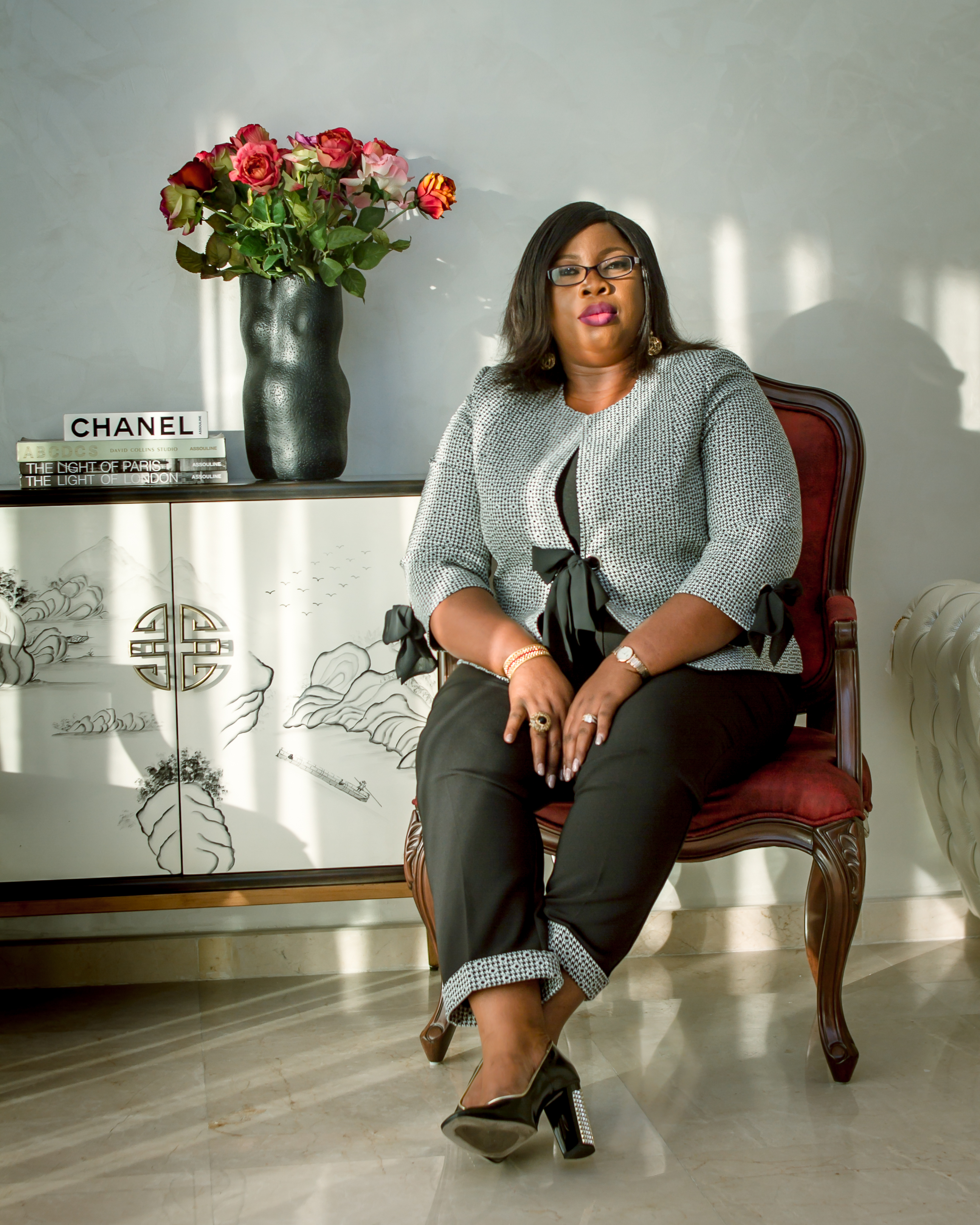 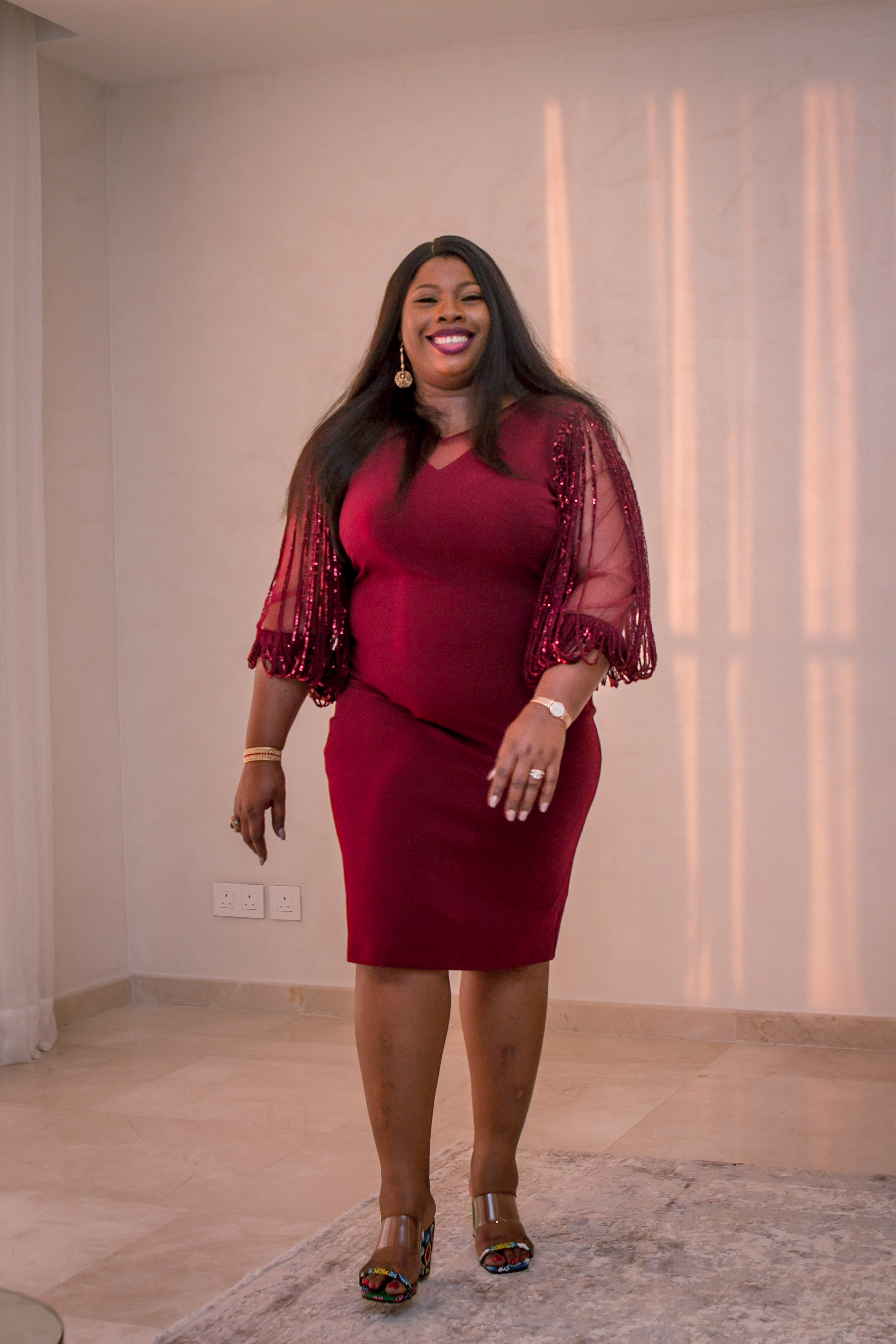 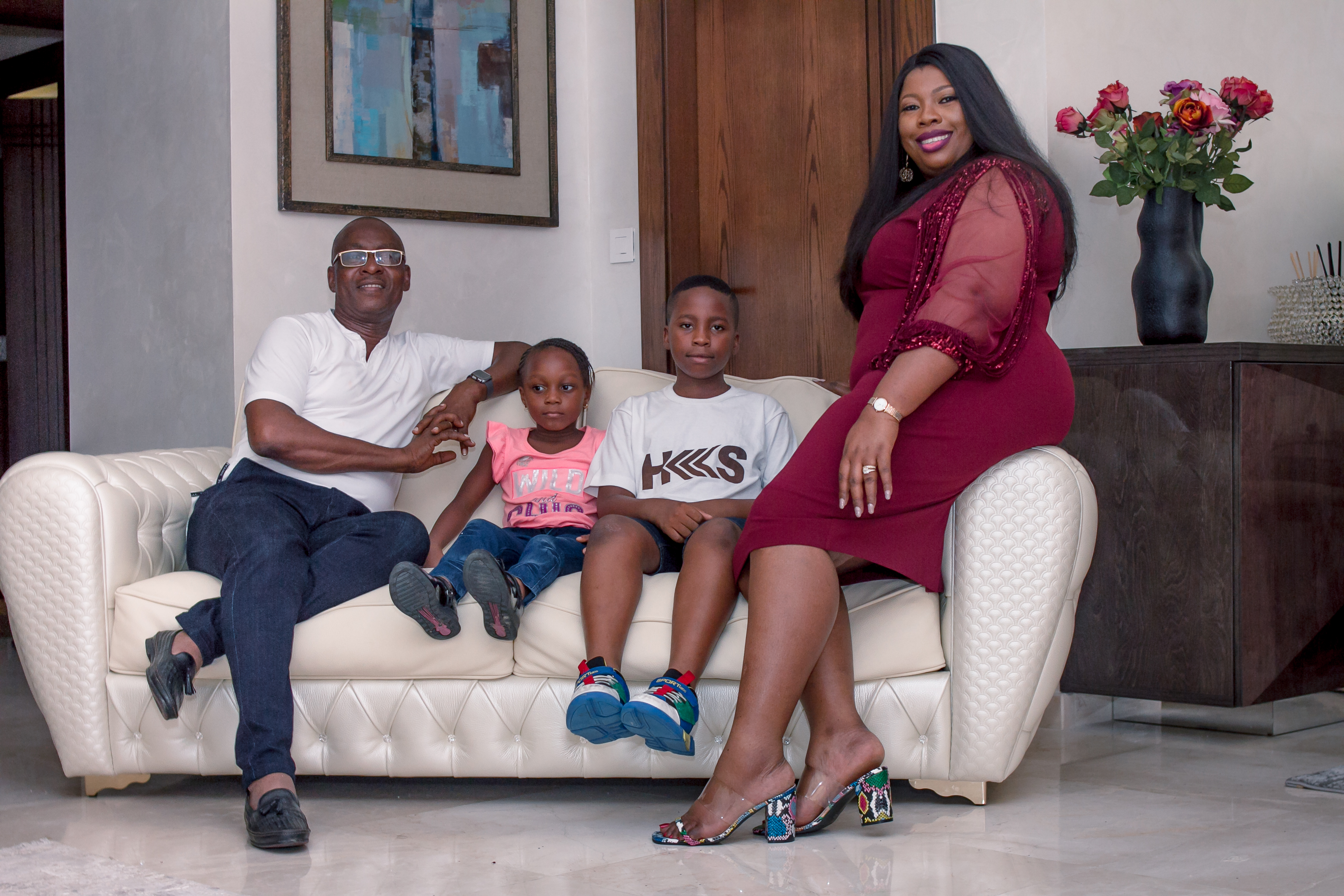 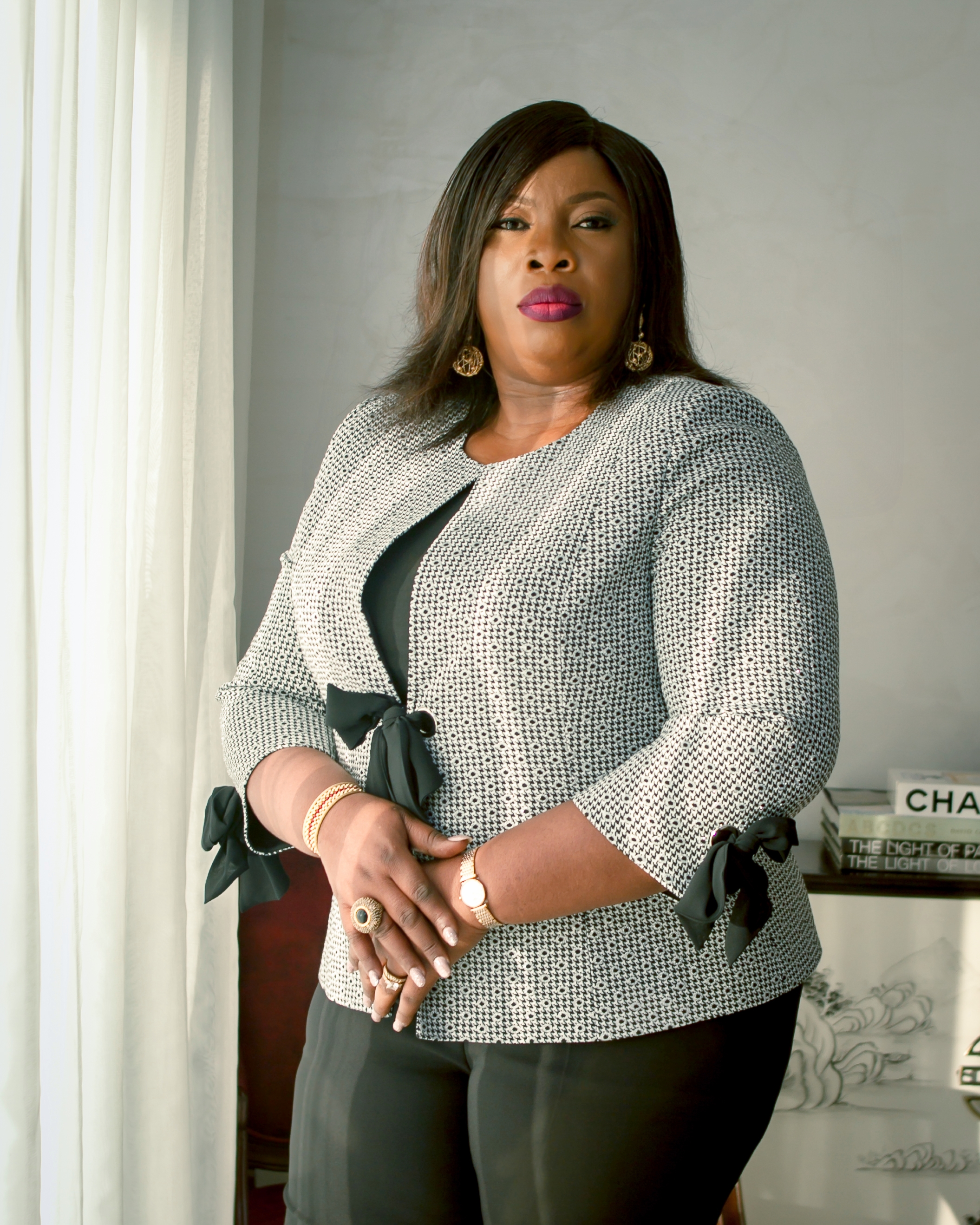 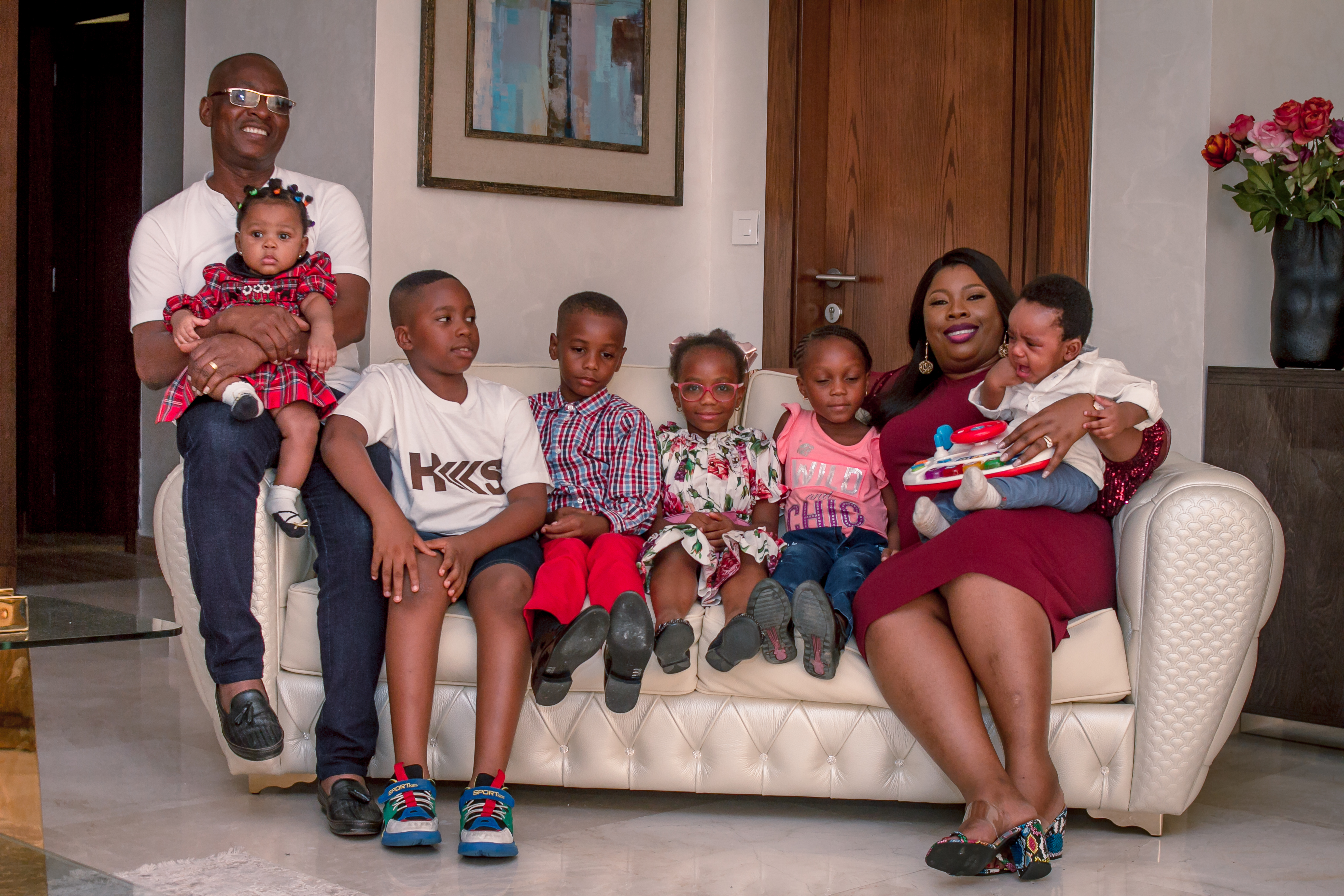 #MamadorBreakfastSeries: The Mamador Light Fat Spread is a Must for a Healthier Breakfast & Here’s Why