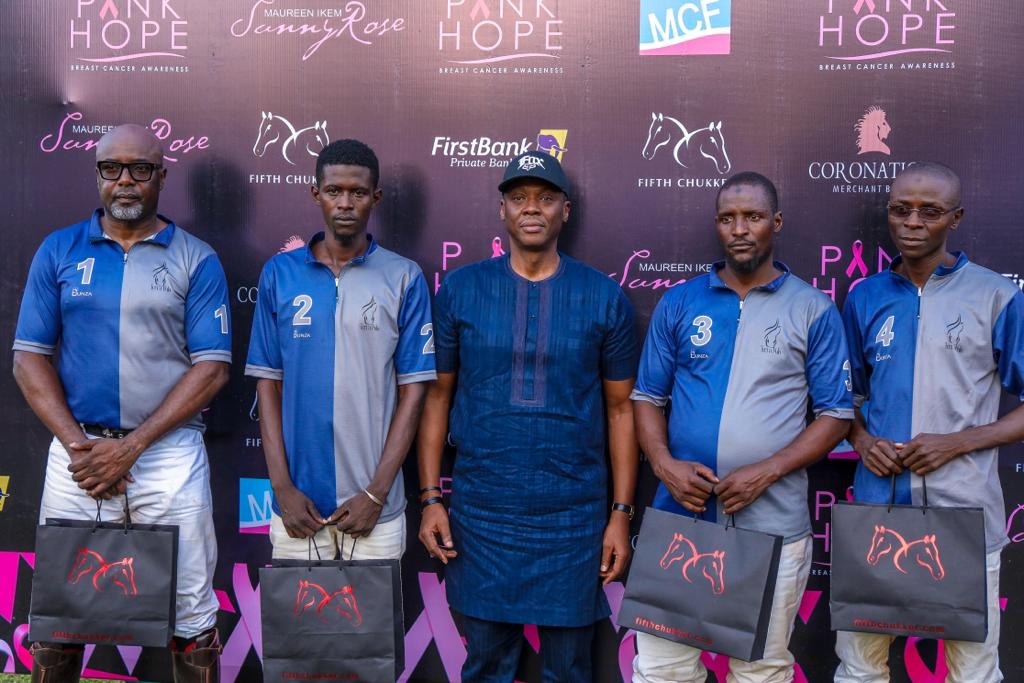 The management of Fifth Chukker Polo and Country Club have commended First Bank of Nigeria Limited for their support of the prestigious African Patrons Cup; a polo tournament which holds annually at the Club in Kaduna.

The commendation came at the closing ceremony of the 2019 edition of the competition which featured notable polo teams drawn from across the country.

The Bank was lauded for its contribution to the development of Polo at the club. A statement by the club’s management stated “We will like to recognise the sterling efforts of our esteemed sponsors FirstBank, the African Patrons Cup Polo Tournament will never be the same without your support.”

“We sincerely hope that this association will be maintained and that you will continue to support us in our future endeavours”, the statement concluded.

The Africa Patrons Cup Polo Tournament is an annual event put together by Fifth Chukker Polo and Country Club to create awareness about the prevalence of Breast Cancer among women in the society.

The weeklong competition which had the participation of over 10-teams saw YY Kangimi defeat Keffi Pony’s by 12-goals to 4-goals for the prestigious Patrons trophy.

Only recently, FirstBank sponsored the prestigious Georgian Cup of Kaduna Polo Tournament for the 100th year, possibly the longest-running sports sponsorship in the world and a Guinness Book of Records potential.

Achieve Healthy Natural Hair with these Easy Steps from Cantu