Michelle Obama is one of People Magazine's People of the Year 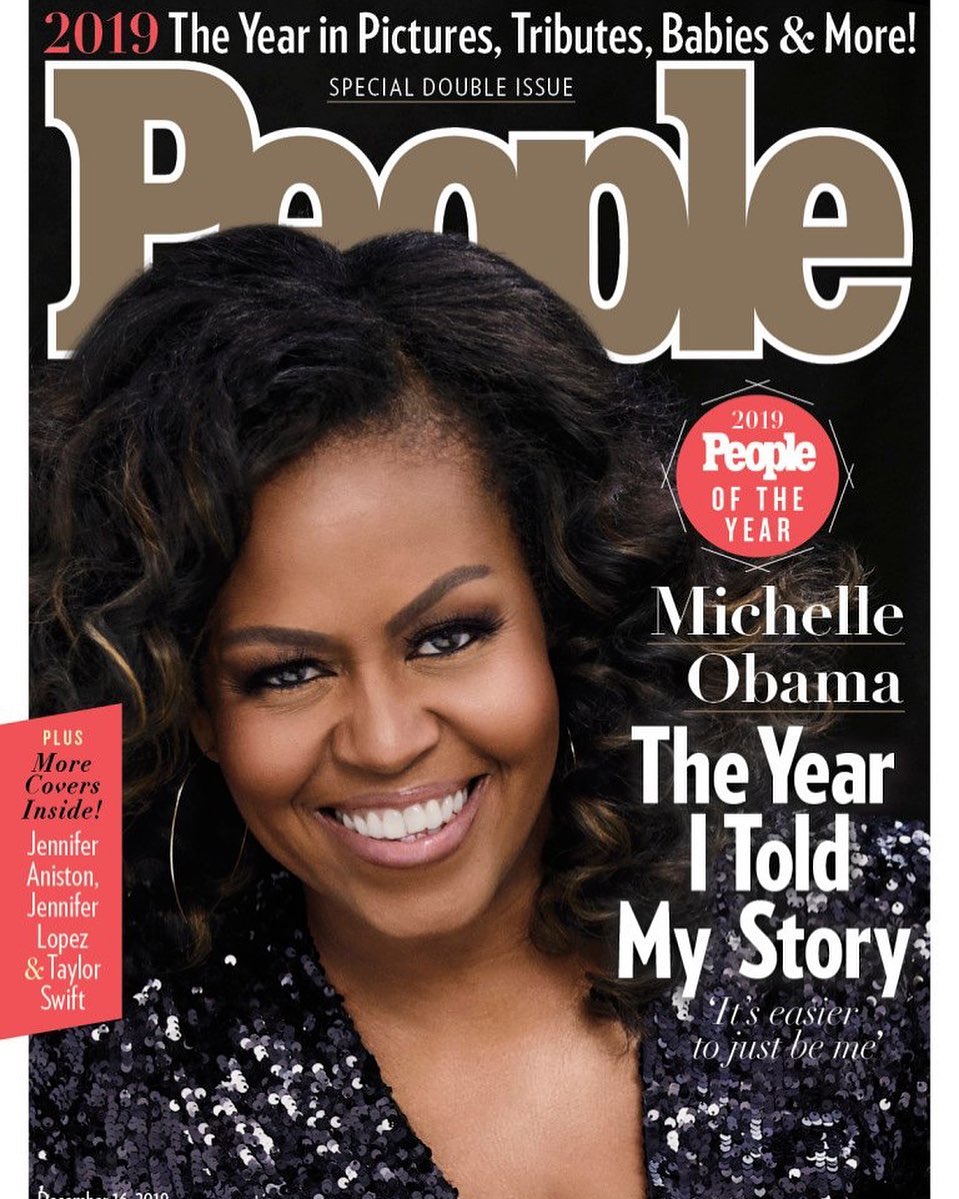 Former US first lady Michelle Obama has been named one of People Magazine‘s four “People of the Year 2019“, joining Jennifer Aniston, Jennifer Lopez, and Taylor Swift for the magazine’s top honors.

Michelle Obama’s impressive 2019 included the 11.7 million sales of her memoir, ‘Becoming,’ and a sellout book tour, and as one of People’s People Of The Year, she’s looking back on the “panic,” vulnerability and gratitude of her record-setting year.

Here’s what the former First Lady had to say in her interview with People Magazine:

On life after the White House:

If you saw me on most days, in my sweats or workout clothes, you’d see that I don’t make a very good rock star. Of course, life feels a little different than it did while we were in the White House.

On worrying her book and tour would flop:

I still remember waking up in a bit of a panic the night before my first tour event in the United Center in Chicago, this huge basketball arena. Were people really going to come? Was it going to be any good? Here I’d been first lady of the United States for eight years, giving speeches in front of huge crowds, but this felt so different. I recognize now that the memoir and the tour were really different than what I’d done before — I wasn’t promoting a policy or rallying votes; I was out there, alone, talking about my feelings and vulnerabilities. That’s enough for anybody to lose a little sleep.

On talking to young women:

I asked how many of these girls didn’t feel like they belonged in a room with me. Almost every girl raised her hand. That’s been the most powerful part of the last year — talking with all sorts of young people about how the things that we think are our inadequacies are usually our strengths. The simple act of sharing our fears and vulnerabilities helps us embrace our own stories and recognize how much we share with one another.

James Bond’s “No Time To Die” Trailer is Intense! Watch