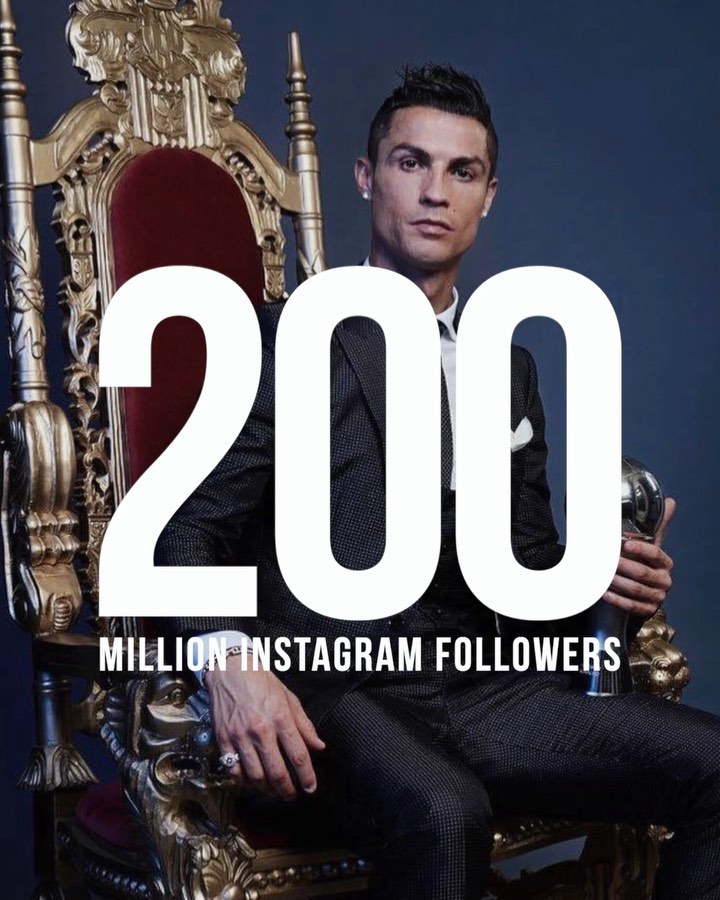 Cristiano Ronaldo is used to breaking records in football and now he’s doing it in the digital world as he has become the first person to gain 200 million followers on Instagram.

The footballer’s account is first on the list of the most followed persons on the photo-sharing platform, while the second position goes to pop star Ariana Grande, who has 173million followers, while actor and former wrestler Dwayne ‘The Rock’ Johnson follows closely behind her with 170 million followers.

Ronaldo shared a celebatory video on his Instagram, showing a slide of the most notable moments he has shared on the social media platform. Meanwhile, the only account that has more followers than Cristiano Ronaldo is Instagram itself which has 330.5 million so far.