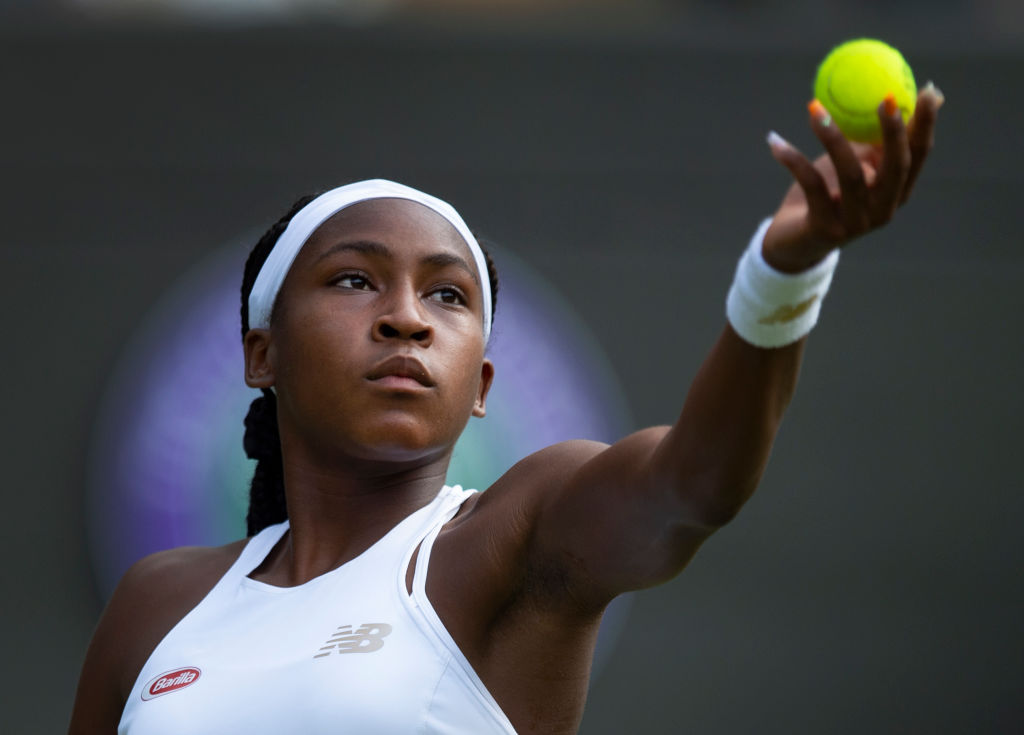 LONDON, ENGLAND – JULY 01: Cori Gauff of USA in action during her first round victory over Venus Williams of USA on Day One of The Championships – Wimbledon 2019 at All England Lawn Tennis and Croquet Club on July 1, 2019 in London, England. (Photo by Visionhaus/Getty Images)

15-year-old Coco Gauff pulled off an amazing performance to defeat champion Naomi Osaka out of the Australian Open with a 6-3, 6-4 victory.

Gauff became the youngest player since 1991 to win in the first round of the ladies’ singles after the beating her idol, Venus Williams at her Wimbledon debut.

She also had faced Sorana Cîrstea and now Naomi Osaka has been added to her growing list of successful knockouts.

Speaking about how she pulled off her performance, she told CNN:

I don’t even know. From the crowd, I guess. Honestly, what is my life, like, oh my gosh, two years ago I lost in the first round in juniors and now I’m here — it’s crazy.

Honestly, I was just telling myself, ‘One point at a time and keep fighting because you never know what happens on this court.’

I love it down here, oh my gosh, like, honestly, thank you guys from the bottom of my heart, like, oh my gosh, I’m on the Rod Laver Arena — I can’t believe this.