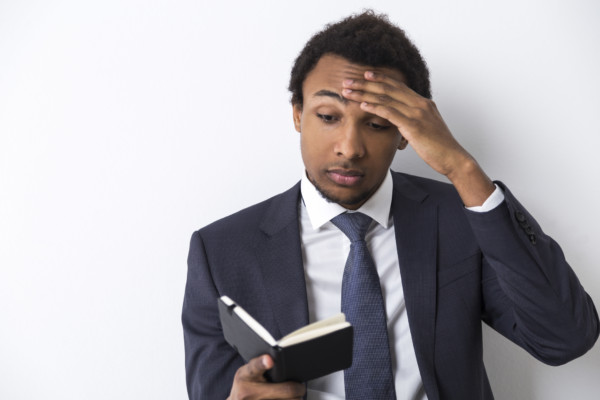 Big Thril’s anthem, Parte after Parte is one song that best describes December 2019, especially in Lagos State, Nigeria. There was a litany of events like Box Office releases, Stage Plays, Trade Exhibitions, Expos, Conferences and most especially, musical concerts.

Top music acts in the country headlined huge concerts for their fans who thronged event venues in their thousands. Corporate brands beat their war chest in a bid to outdo rivals in supporting these musical artists who had a hugely successful year in terms of sales, awards, endorsements, and other perks. Numerous faith-based organizations were not left out of the equation as they hosted musical experiences that drew people from far and near with the capacity of venues easily maxed out by the multitude.

So let’s moonwalk a little and go back to the catchphrase ‘Detty December’ which became a heavy pop culture phrase. It is a slang that was supposedly coined/made popular by Nigerian-Ghanaian music superstar, Oluwatosin Oluwole Ajibade, better known as Mr. Eazi. It means, amongst other things, it’s a December to spoil yourself, indulge in all the fun stuff and happy activities that you have, perhaps, not had time to do so. Basically a time to reward yourself for all the hard work you put into the out-going year.

There is absolutely nothing wrong with letting your hair down– that’s if you have any. The key thing here is financial responsibility. That is why I will, for the purpose of this conversation, describe Detty December as ‘Vanity Economics’. Vanity economics is beyond acquiring luxurious, ostentatious or non-essential goods and services – because every one of us stands on this table from time to time. Vanity Economics focuses on the thinking behind such spending – buying things you don’t need with money you don’t have to please people who are indifferent to your actions or inactions.

To put it plainly, a lot of those who spent money attending shows or on other forms of entertainment couldn’t afford it. They did it ‘for the culture’ – literally succumbing to the rave of the season that made it a status symbol to attend events or spend money on certain activities.

An example is a young man who earns N100,000 monthly but spent between N75,000 to N80,000 on ‘Detty December’ gigs, leaving him with a paltry N20,000. Note that his December salary had been paid since the 20th of December 2019 – as is the custom of the company – to ensure staff members can do the needful during the festive season. So if we do the maths, there are at least 42 days between his December and January pay-cheques. Little wonder some people say “January is a very long month”.

January 2020 is just like another month of the year. Each month has 28 to 31 days, 7 days a week, 24 hours a day – January is, therefore, no exception. There are many things that make it seem like a lengthy month, so I’ll share some of my thoughts on the matter on why January sometimes feels so long.

It is a long-standing myth that January is ‘dry’ and ‘long’. Perhaps because it feels like an anti-climax from a December that usually has a plethora of events and saturated with fun activities. January is more ‘formal’ with less entertainment. There is a much higher propensity for consumers to spend at the end of the year which conveniently coincides with other festivities – businesses will always weaponize this market intelligence.

Chances Are That You’re Broke

January is not ‘long’ for everybody. Most people have more than enough to sustain them for the month and they are not particularly pressured by the arrival of payday. Money answers to things so when you can’t do certain things owing to the lack of money, it leaves you broken. When you don’t have enough money, life can be very boring and long!

You Do Not Have A Plan

January is long or appears to be so because you don’t have a plan. Those that have goals to achieve are up and running doing the Lord’s work. Laziness towards your work also makes the month long. Passion makes you lose sight of time because you love what you’re doing and are totally engrossed in it!

This is year 2020, you don’t have to just get older but get smarter too. Detty December is not a bad thing, it is only so when you’re irresponsible with your finances. I know many music artistes, event planners, vendors, event center owners, hotels, breweries, transporters, chain stores, etc. secured heavy bags last month. So for them, Detty December got them paid, not spent! They make so much money that some of them usually take a vacation in January.

Why can’t you think like that too? This 2020 Detty December, don’t merely look forward to the events you will attend, the things you will buy or the activities you will spend money on – also think about how you will make money! What product or services can you offer this December that people will pay for? Even starting this January, what are you selling? Spending is inevitable, but the idea is to earn significantly more than you spend. Fortunately, you have 11 months to get in formation – and yes, you can thank me sometime in December 2020.

Your Vulcaniser, Caterer & Plumber Are Employers of Child Labour… & So Are You