See How Adanna & David Handle being Pregnant with Two Toddlers 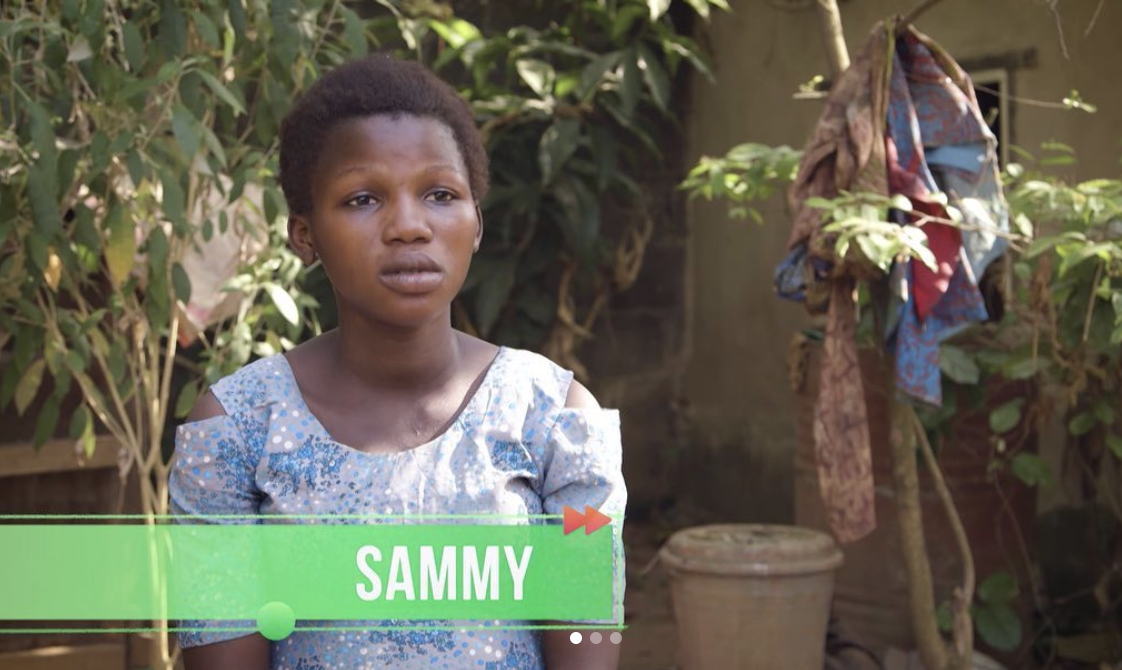 Since its launch in 2009, MTV Shuga has continued to make a real impact on the lives of young Africans in the continent and beyond. The multiple award-winning shows which are produced by the MTV Staying Alive Foundation shines a light on some of the sensitive issues that young people in Africa face on a daily basis, including access to contraception, teenage pregnancy, and transactional sex.

The stories told on the show are fictional but they represent the actual realities of the young boys and girls who make up the bulk of its audience. While the stories and characters on the main drama show are invented, those in the new documentary, MTV Shuga In Real Life: ‘Young Moms’, are not.

‘Young Moms’ follows the lives of three teenagers, Priscilla, Sammy, and Elizabeth, who are dealing with all the challenges that come with pregnancy. The documentary highlights the challenges, heartaches, and joys that the girls experience throughout their pregnancies and shows their partners’, families’ and friends’ involvement. With varying levels of support from their loved ones, the girls must plan their new life with a baby whilst on the cusp of entering adulthood themselves.

In her parents’ quest to give her a better life, Priscilla, who was born and partly raised in a village in Delta State, is taken to Lagos to live with her aunty, a petty trader who is barely making ends meet. It was while helping her aunty sell clothes in the market that she met and fell in love with her boyfriend who got her pregnant the first time they got intimate. Priscilla came to Lagos to go to school but now her education is under threat and her family is far from happy. How will they move forward together as a new baby’s arrival draws closer? But help may be at hand…

When Sammy found out she was pregnant, the first thing she did was call her boyfriend to tell him. Nothing could quite prepare her for his disappearance after that call. After several failed attempts to reach both him and his father, Sammy and her mother – a single mother of five children who has had to raise Sammy and her siblings all by herself – resolve to go through the pregnancy on their own and raise the baby by themselves when it eventually arrives. But as the due date approaches Sammy is told the birth may not be straight forward and she will need all the strength and support her mother can provide. And the big question – will her boyfriend find the courage to turn up?

After Elizabeth’s father discovered she was pregnant, he sent her away to go live with the boy who impregnated her. According to him, if she’s old enough to get pregnant, she’s old enough to get married. The boy, a teenager himself, lives with his family and doesn’t have a means of livelihood. But adjusting to life here in her boyfriend’s family home is not easy. They have different views on pregnancy and, after the baby arrives, a different view on parenting. What Elizabeth really wants is to return to school to complete her studies but will her new life allow this dream to become a reality.

‘MTV Shuga Young Mums’ tackles stigma around teenage pregnancy by addressing the underlying issues such as lack of sex education, lack of information about contraceptives, and the resulting impact on young girls’ lives.

Watch the drama unfold as these three young women go through the heartache and joy that comes with navigating pregnancy, relationships, and family pressure. While along the way they learn about contraception and how to protect their health and the wellbeing of their new arrivals.