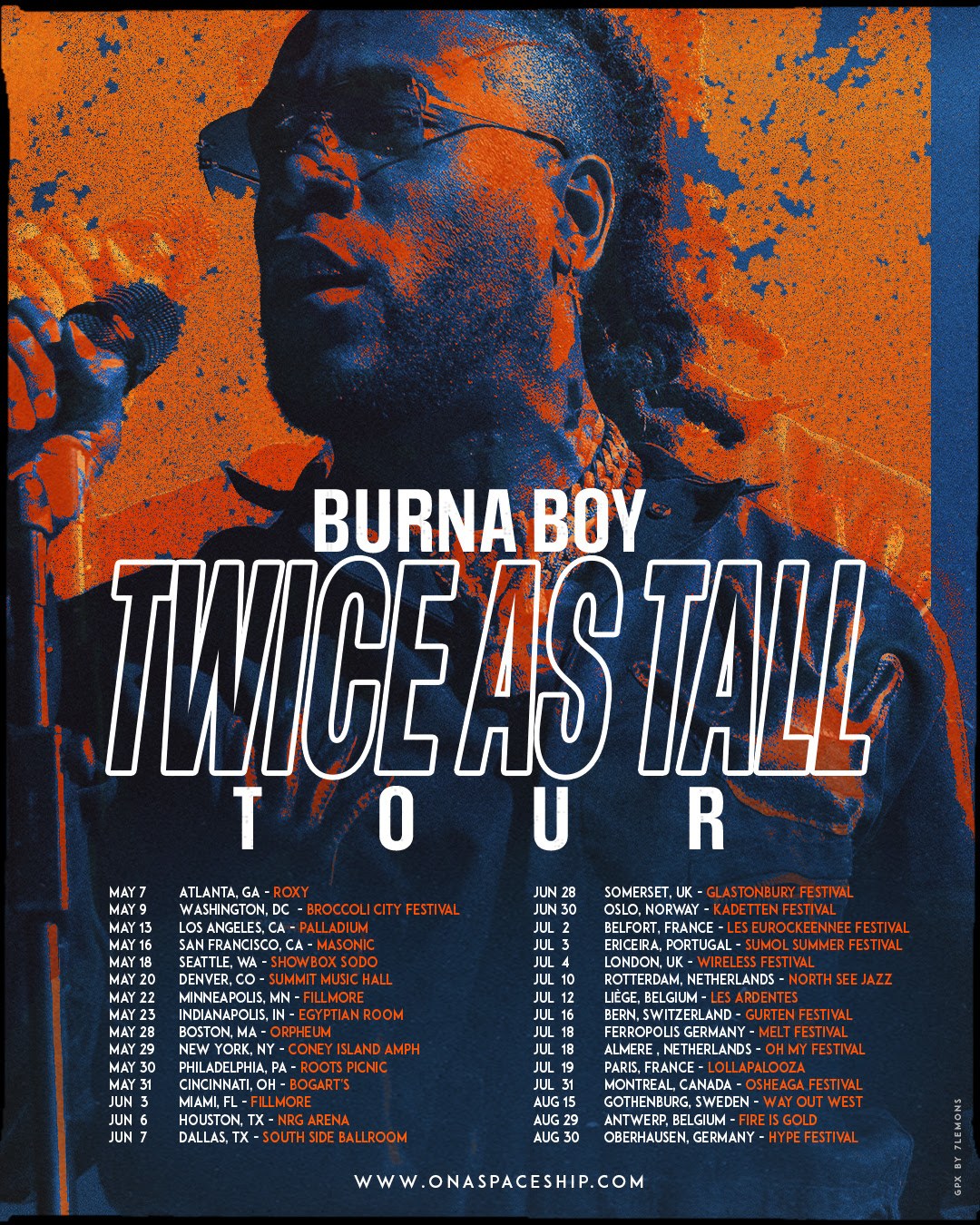 Burna Boy hasn’t stopped moving since releasing his 2019 album, “African Giant,” which came with nominations at both the Grammys and BRIT Awards and a trophy for the Best International Act at the BET Awards.

Burna Boy will be embarking on a long run of shows that will take him across North America and Europe.

The “Twice As Tall” world tour will kick off in May in Atlanta, and will see Burna Boy playing concerts across the US, Canada, Norway, France, Portugal, UK, Netherlands, Sweden, Belgium, Germany, Switzerland and more locations.

“Head or Heart?” Is the Question Toke Makinwa is asking on Today’s Episode of “Toke Moments”