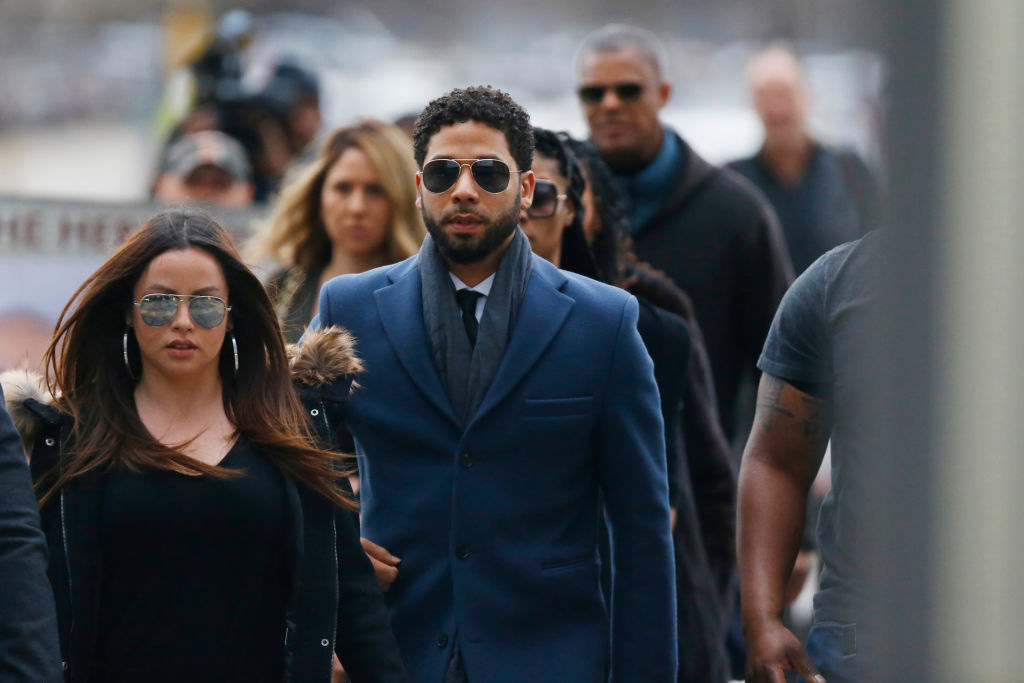 CHICAGO, IL – MARCH 14: Actor Jussie Smollett arrives at the Leighton Criminal Courthouse on March 14, 2019 in Chicago, Illinois. Smollett stands accused of arranging a homophobic, racist attack against himself in an attempt to raise his profile because he was dissatisfied with his salary on the Fox television drama “Empire.” (Photo by Nuccio DiNuzzo/Getty Images)

Sadly, Jussie Smollett‘s troubles with the law are not over yet.

The “Empire” actor is again facing charges for the alleged faking of a hate crime he suffered in January 2019.

The Daily Beast reports that, Jussie has been “indicted on six counts of disorderly conduct for allegedly making false statements to the Chicago Police Department,” according to Special Prosecutor Dan Webb.

Webb is a former US attorney appointed to continue investigating the case after it was dropped in March 2019. A statement from his office read:

Smollett planned and participated in a staged hate crime attack, and thereafter made numerous false statements to Chicago Police Department officers on multiple occasions, reporting a heinous hate crime that he, in fact, knew had not occurred.

The Osundairo brothers, who were first accused of the hate crime, released a statement following the new indictment:

The Osundairo brothers are aware of the new charges brought against Jussie Smollett today by the grand jury. As stated before, they are fully committed to the public knowing the truth about what occurred on January 29, 2019. The Osundairo brothers will continue to cooperate with that process and they thank the Special Prosecutor’s office for their tireless work in seeing that justice was administered.

Back in January, Jussie claimed that two men, both white and wearing ski masks, beat him up, put his head in a noose, and screamed, “This is MAGA country.”

You NEED to See Davido’s Performance on “Wild N’ Out”