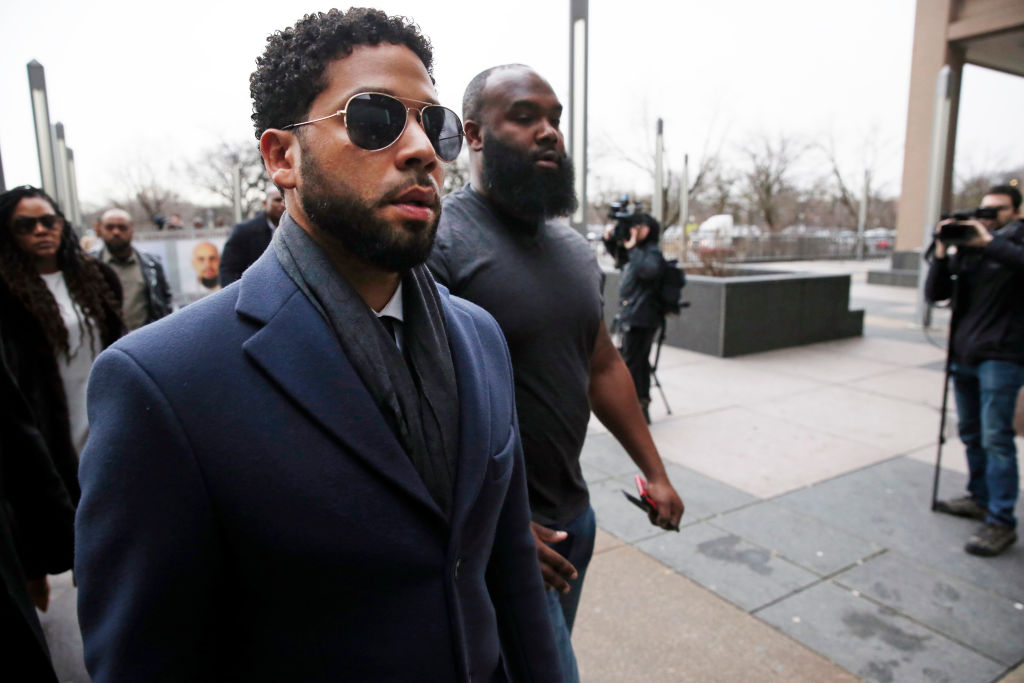 CHICAGO, IL – MARCH 14: Actor Jussie Smollett arrives at Leighton Criminal Courthouse on March 14, 2019 in Chicago, Illinois. Smollett stands accused of arranging a homophobic, racist attack against himself in an attempt to raise his profile because he was dissatisfied with his salary on the Fox television drama “Empire.” (Photo by Nuccio DiNuzzo/Getty Images)

Jussie Smollett is sticking to his story… not guilty!

The “Empire” actor is facing charges again for the alleged faking of a hate crime he suffered in January 2019, which he still insists he’s innocent of.

On Tuesday, TMZ caught up with the actor and his lawyer while leaving the Los Angeles International Airport. When asked how he’s holding up, his lawyer said Jussie is resilient and will pull through.

The newsman asked: “This double jeopardy thing is a fascinating argument that we’re talking about. You think that can hold up in court?”

“I do, that’s why we filed the motion,” Jussie’s lawyer said.

Another question was asked, “Jussie, listen, which is a better defence: you didn’t do it, or the double jeopardy?” Jussie replied, saying: “The truth is the best defence.”