These Clips from the "Matrix 4" Set have Us so Excited! 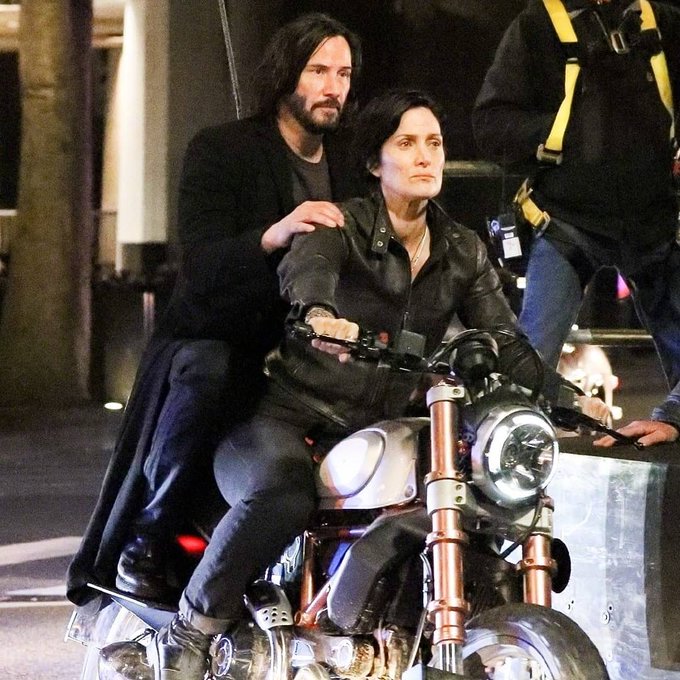 We’ve been pumped since we heard “Matrix 4” was on its way (on the same day as “John Wick 4“!), and now that filming has started, we’re getting to see its stars live in action.

Photos and videos from the set, currently in San Francisco, have been floating on the Internet, and it looks like we’re in for an action packed film (we didn’t expect anything less).

From photos of Keanu Reeves and Carrie-Anne Moss riding a motorcycle to them flying, we’re definitely in for a treat.

Another #KeanuReeves sighting in San Francisco! The movie star is in the Bay Area filming #Matrix4. https://t.co/fiuAyUz5Qi pic.twitter.com/Rm5WEOqbj2

Hard to say if it is Keanu or his double…
?’The Matrix 4′ filming in San Francisco – Feb 16/17 2020
Thanks to @nicole.ng IG Story ?https://t.co/9jOR3HuQKS#matrix4 #SanFrancisco #keanureeves #theMatrix4 pic.twitter.com/jqvJkhFG2A

Adam and I went down to SF after he got off work to catch a bit more filming tonight. We got there in time to see a couple of takes before they broke for lunch. Amazing how many people are involved in these productions. We fit right in with all the extras at 1:00am. ??? #matrix4 pic.twitter.com/CX3lq4kegn