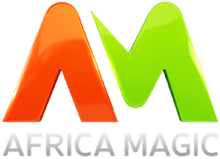 As the euphoria around the 7th Africa Magic Viewers’ Choice Awards (AMVCA) simmers down, it’s time to reflect on the impact of the prestigious awards ceremony and how the creative industry in Africa continues to benefit in many ways.

Storytelling is a core element of filmmaking, and storytellers are revered for their ability to effortlessly tell stories that evoke emotions and create memories. The AMVCA is a celebration of African talents and through it, MultiChoice is inspiring thousands of African storytellers.

Here are five ways the pay-TV company is inspiring a new wave of storytellers in Africa.

By providing premium entertainment to millions of people across the continent through its channels, especially Africa Magic, MultiChoice is providing talented African storytellers with a platform to thrive and shine. Storytellers are reaching an unprecedented audience with their works on the Africa Magic channels and they are being inspired to do more.

Since the launch of the AMVCA in 2013, African storytellers – writers, filmmakers, directors, and actors – have been handed more incentives to tell better stories and produce world-class content. This, in turn, translates to mainstream visibility, credibility, and an income boost.

These incentives were reflected in C.J Obasi’s statement following his win in the ‘Best Writer in a Movie or TV Series’ category at the 7th AMVCA, in which he said ‘One of my lifelong dreams has been to see my mother walk up the stage when I receive a prestigious award. Last night this was fulfilled.’

Through a 12-month fully-funded education programme that develops emerging TV and film talent in Africa which includes both theory and hands-on experience in cinematography, editing, audio production and storytelling, MultiChoice is also ensuring that there is an improvement in quality of film and television content in Africa.

Apart from showing unbridled support for works by African talents through its many channels, MultiChoice is also investing heavily in original TV series and movie productions.