The deadly coronavirus outbreak continues to spread across the globe as the number of cases continues to grow despite increasingly strict quarantine measures.

At this point, if things do not get better soon enough, life across the globe may face severe disruption for many months.

Johns Hopkins University, which is tracking cases reported by the World Health Organization and additional sources, puts the total number of cases worldwide at more than 198,000, with at least 7,900 deaths.

The Federal Government has barred all public officials from travelling abroad. 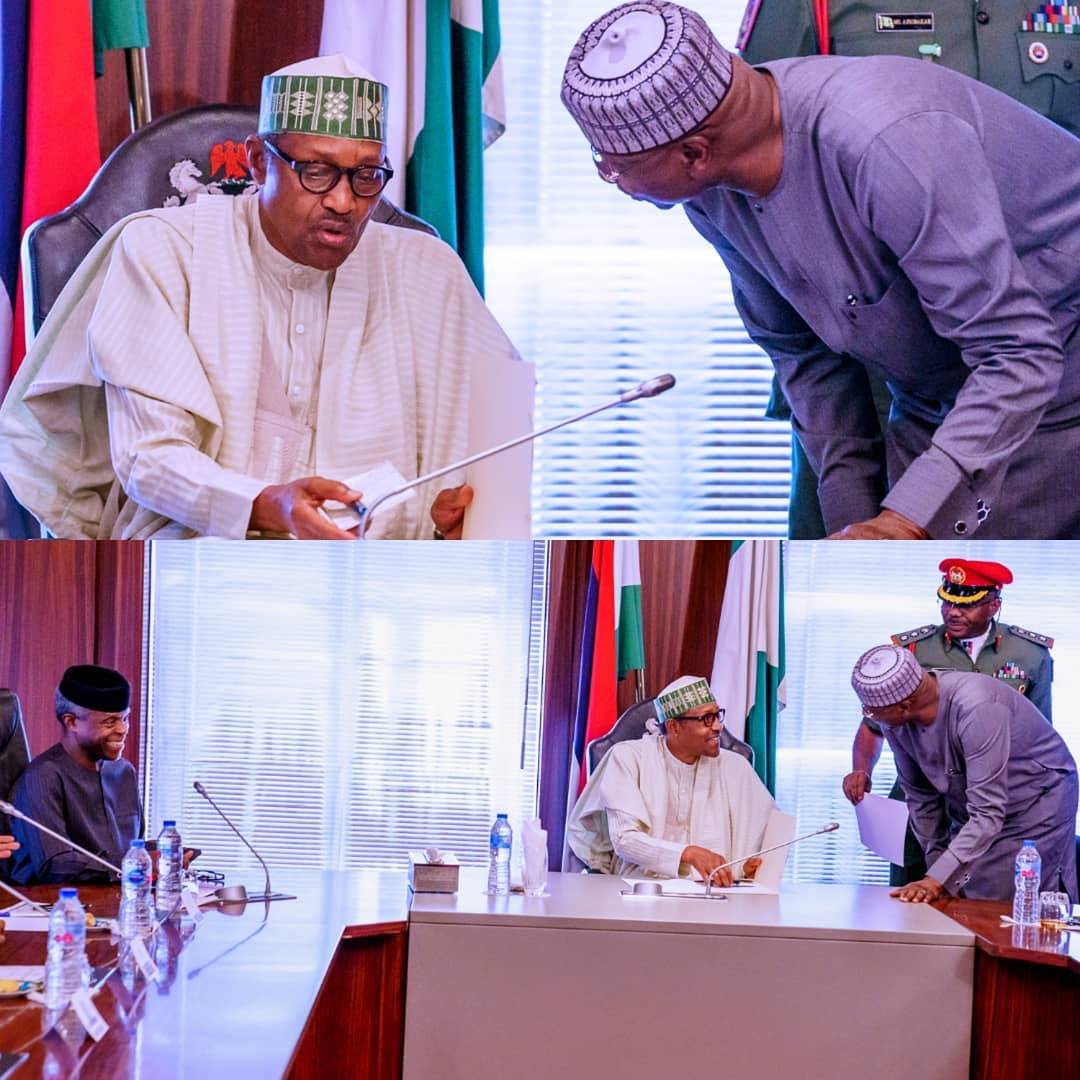 As part of measures to contain the coronavirus, the Federal Government is barring all government officials from travelling out of the country.

Boss Mustapha, the secretary to the government of the federation, announced the ban after a meeting held by the presidential task force on coronavirus on Tuesday.

The SGF, while inaugurating the committee on Tuesday in Abuja, said it had six months to complete its assignment.

This is coming after the country confirmed the third case of Coronavirus on Monday.

I welcome all of you to this important inaugural meeting of the Presidential Task Force on the Control of COVID-19 in Nigeria. As we are all aware, the outbreak of the novel Corona Virus (COVID-19) necessitated the monitoring of developments around the world as well as the management of the index case in Nigeria. Consequent upon these, Mr. President approved the constitution of this Presidential Task Force for the Control of COVID-19 in Nigeria.

2. The composition of the Task Force will enable Nigeria deepen her multi-sectoral and inter-governmental approach to our national response. Actions taken by governments in different parts of the world point to the fact that COVID-19 constitutes a major threat to humanity and requires that our response must be firm, scientific, methodical and strategic.
3. At this point, let me convey the appreciation of Mr. President to the Honourable Minister of Health and his team for efficiently rising to the challenge thus far. The swiftness in dealing with the index case is globally acknowledged and appreciated. We are very proud of you all.
4. Honourable Ministers and Members, the timeline for the activities of this Task Force is six (6) months and it has the following Terms of Reference that will be open for discussion during this meeting:
i. Strengthen the national response strategy, particularly in the areas of testing, containment and management of COVID-19;
ii. Strengthen collaboration with all tiers of Government, Private Sector, Faith-Based Organizations, Civil Societies, Donors and Partners;
iii. Build awareness among the populace;
iv. Direct the deployment of any relevant national assets when necessary;
v. Lay a foundation for scientific and medical research to address all emerging infectious diseases; and
vi. Advise Government on the declaration of national emergency as part of the containment measures when necessary.

Queen Elizabeth has canceled all parties

Queen Elizabeth has canceled her annual garden parties and will leave London for Windsor Castle earlier than planned because of the coronavirus outbreak.

According to Premium Times, the 93-year-old monarch will carry out a number of duties at the palace in the next few days before she heads to Windsor, west of London, on Thursday.

The decision comes a day after Britain ordered a shutdown of social life, instructing people to avoid pubs, restaurants, cinemas and theaters. Those aged over 70 with underlying health problems were told to isolate for 12 weeks from this weekend.

Ciara and Russell Wilson are helping out their community amid the ongoing novel coronavirus (COVID-19) pandemic.

In a video shared on their social media pages on Tuesday, the couple announced that they will be donating a million meals to a local food bank to aid in relief efforts during the outbreak.

Russell Wilson, began the video by noting how the coronavirus outbreak is changing the world.

Second by second, minute by minute, people are losing loved ones. The elderly and the young. The people in between. You think about people losing jobs even in Seattle.

What we’ve decided to do is partner up with our local food bank in Seattle, Seattle Food LifeLine, and we’re gonna donate a million meals and hopefully make a difference.

The world needs us ALL. These are unprecedented times. We are supporting our community in Seattle by donating 1 million meals with Seattle @FoodLifeLine. Rally with us and support your local food bank @FeedingAmerica We can all make a difference together. Let’s all keep the Faith during this difficult time. Check the link in bio! https://bit.ly/38VdUuB

All 50 states in the US have now confirmed the coronavirus

All 50 states in the United States have confirmed cases of the coronavirus, after West Virginia announced its first patient on Tuesday.

At least 100 people infected with the virus have died in the United States, a toll that is expected to rise, CNN reports.

Schools, offices, bars, restaurants and many stores remain closed across U.S. states and are implementing mandatory self-isolation for travelers arriving from abroad.

In light of the current situation, Donald Trump is reportedly exploring ways to send money directly to Americans to ease the financial strains on Americans.

Iran has temporarily freed 85,000 prisoners, including political prisoners, from jail to stop the spread of coronavirus.

The country said today it has temporarily freed around 85,000 prisoners including political detainees in a bid to stop the spread of coronavirus.

It comes as deaths in the Islamic Republic spike by 135 – a 13 per cent rise.

The coronavirus has killed 135 more people in Iran, which has raised the death toll to 988 amid 16,169 infections.

That’s according to Iran Health Ministry spokesman Kianoush Jahanpour, who gave the figure at a televised news conference on Tuesday.

BREAKING: Iran has temporarily freed 85,000 prisoners, including political prisoners, from jail to stop the spread of #coronavirus.

Taiwan is set to close its borders to all foreigners, except residents and diplomats

Taiwan will deny entry to all non-resident foreigners who are not diplomats, its government announced on Wednesday, the latest harsh restriction in a region wary of travelers introducing the virus to places that have largely controlled their own outbreaks.

The new measures will go into effect at midnight on Wednesday. Anyone who enters the self-ruled island, which Beijing regards as part of its territory, will be required to self-isolate at home for 14 days, an increasingly common order being placed on travelers worldwide.

According to Japan Times, Taiwan has recorded 77 cases of the virus, and the number of coronavirus cases imported from abroad has increased. 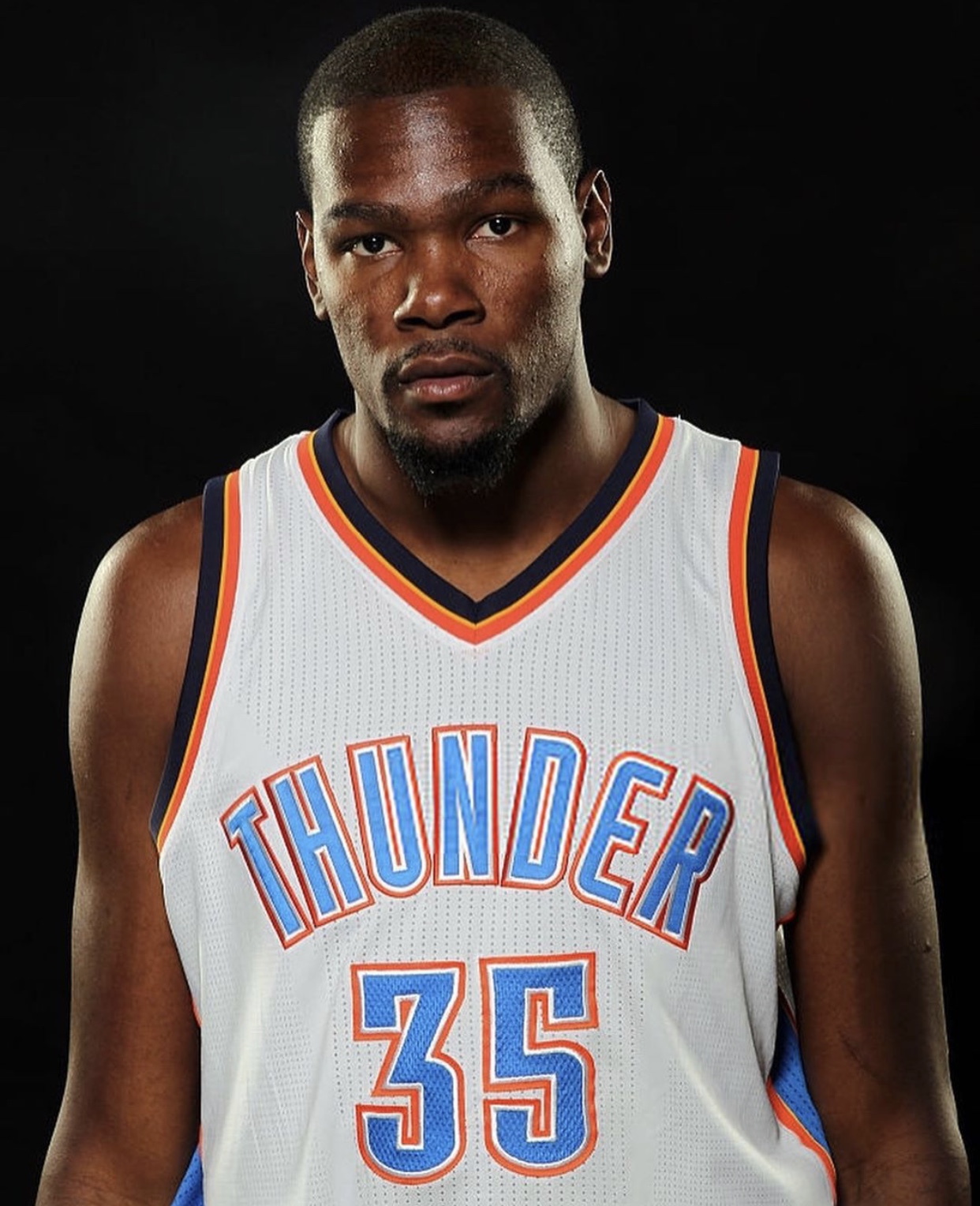 The coronavirus continues to impact the sports world. On Tuesday, Kevin Durant and three other Brooklyn Nets players tested positive for COVID-19. The names of the four players were not made public in the team release, but Kevin Durant soon spoke out about his condition with Shams Charania of The Athletic.

All four Nets players, including Durant, are in quarantine. Only one of the four is experiencing symptoms.

Kevin Durant tested positive for coronavirus, Durant tells @TheAthleticNBA @Stadium. Durant says he is feeling fine: "Everyone be careful, take care of yourself and quarantine. We're going to get through this."

A baby has tested positive for coronavirus in Norfolk

Three people including a baby have tested positive for coronavirus in Norfolk. The cases were identified at the James Paget University Hospital in Gorleston and all three were already being treated in isolation.

Close contacts will be given health advice about symptoms and what to do if they become unwell in the 14 days after they had contact with the confirmed case.

Three positive cases of COVID-19 (Coronavirus) have been identified at James Paget University Hospital. The patients were already being treated in isolation – https://t.co/4Qa4kbeMoh pic.twitter.com/4gFDV3SlEy

Australian officials on Wednesday announced a ban on non-essential indoor gatherings of 100 people or more, warned Australians against traveling abroad and visiting nursing homes, but opted to keep schools open amid the outbreak.

There are now 454 cases of coronavirus in Australia, which places the country among the twenty countries reporting the most cases.

Prime Minister Scott Morrison also warned Australians not to leave the country as the disease spreads. According to ABC News, the Prime Minister announced measures in the following areas:

Aged care: Residents of aged care homes will only be able to have one visit per day, of no more than two people

Gatherings: Indoor gatherings of more than 100 people are banned, with exceptions

Social distancing: A renewed call for Australians to stay 1.5 metres away from others

Shopping: A plea to end “un-Australian” panic buying but schools will remain open, for now.

The Olympics will go on as planned Even as the coronavirus spreads across the world, overwhelming health care systems and cratering national economies, the International Olympic Committee on Tuesday doubled down on its commitment to hold the 2020 Games in Tokyo in July.

The statement ran counter to the growing global movement to halt business as usual, including major sporting events, and to limit social contact for weeks or even months.

The statement from the International Olympics Committee partly reads:

This is an unprecedented situation for the whole world, and our thoughts are with all those affected by this crisis. We are in solidarity with the whole of society to do everything to contain the virus.

The situation around the COVID-19 virus is also impacting the preparations for the Olympic Games Tokyo 2020, and is changing day by day.

The IOC remains fully committed to the Olympic Games Tokyo 2020, and with more than four months to go before the Games there is no need for any drastic decisions at this stage; and any speculation at this moment would be counter-productive.

The IOC encourages all athletes to continue to prepare for the Olympic Games Tokyo 2020 as best they can. We will keep supporting the athletes by consulting with them and their respective NOCs, and by providing them with the latest information and developments, which are accessible for athletes worldwide on the Athlete365 website and via their respective NOCs and IFs.

Coronavirus: Just So Everyone is Safe, NYSC Orientation Camps have been Suspended till Further Notice