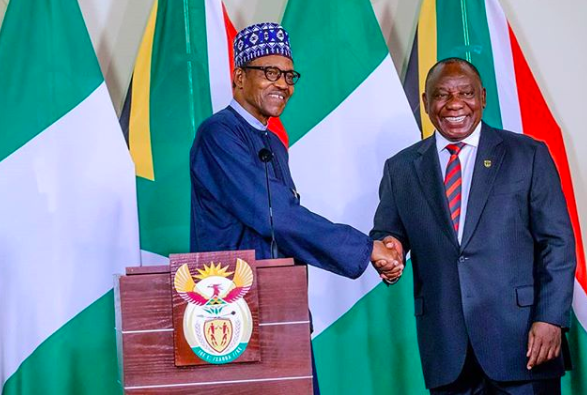 Nigeria has sealed its place as Africa’s largest economy after the South African economy contracted for two consecutive quarters.

According to report by Bloomberg, South Africa’s Gross Domestic Product shrank by 1.4 per cent in the fourth quarter of 2019, following a revised 0.8 per cent contraction in the third quarter. Nigeria’s GDP grew by 2.55 per cent in Q4 2019, its highest quarterly growth since the recession of 2016. The country’s economic growth rose by 2.27 per cent in 2019, compared to a growth rate of 1.91 per cent in 2018.

Bloomberg reported on Tuesday that the answer to the question of whether South Africa or Nigeria was the biggest economy on the continent had long depended on which exchange rate you use for the West African nation.

But now both the official naira rate of 306 per dollar and the weaker market exchange rate of around 360 that almost all investors use put Nigeria tops, according to the report. 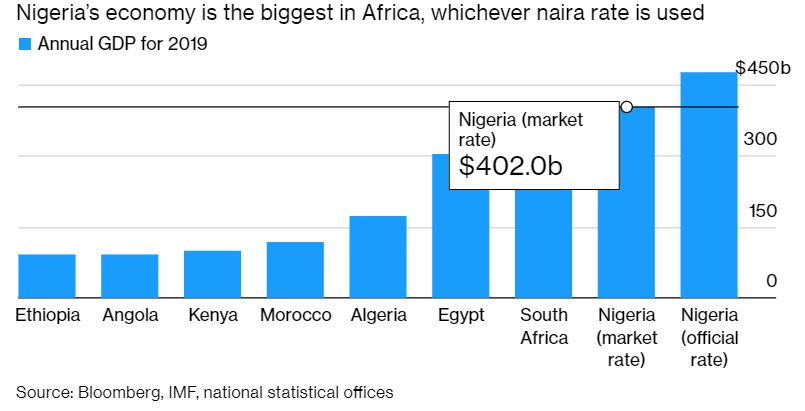 Nigeria’s economic growth beat forecasts in the fourth quarter, helping its economy to expand the most in four years in 2019 as oil output increased and the central bank took steps to boost credit growth. The GDP in the West African country stood at $476bn or $402bn, depending on the rate used.

South Africa’s economy went the opposite direction. It slumped into a second recession in consecutive years, contracting more than projected in the fourth quarter as power cuts weighed on output and business confidence.

For the full year, expansion was 0.2 per cent, the least since the global financial crisis, and even less than the central bank and government estimated. Based on an average rand-dollar exchange rate of 14.43 for the year, the GDP was $352bn.

According to projections shown, Nigeria’s economy will continue it’s growth at a much faster pace now.

Related Topics:Nigeriarecessionsouth africa
Up Next

Coronavirus: NCDC DG Chikwe Ihekweazu is Sharing What He Learned on his Trip to China

Coronavirus: Tokyo 2020 Olympics Could be Postponed until the End of the Year