Find out about Feyisola Adeyemi, 'Luxury by Feyi' + Her Journey to building a Successful Brand 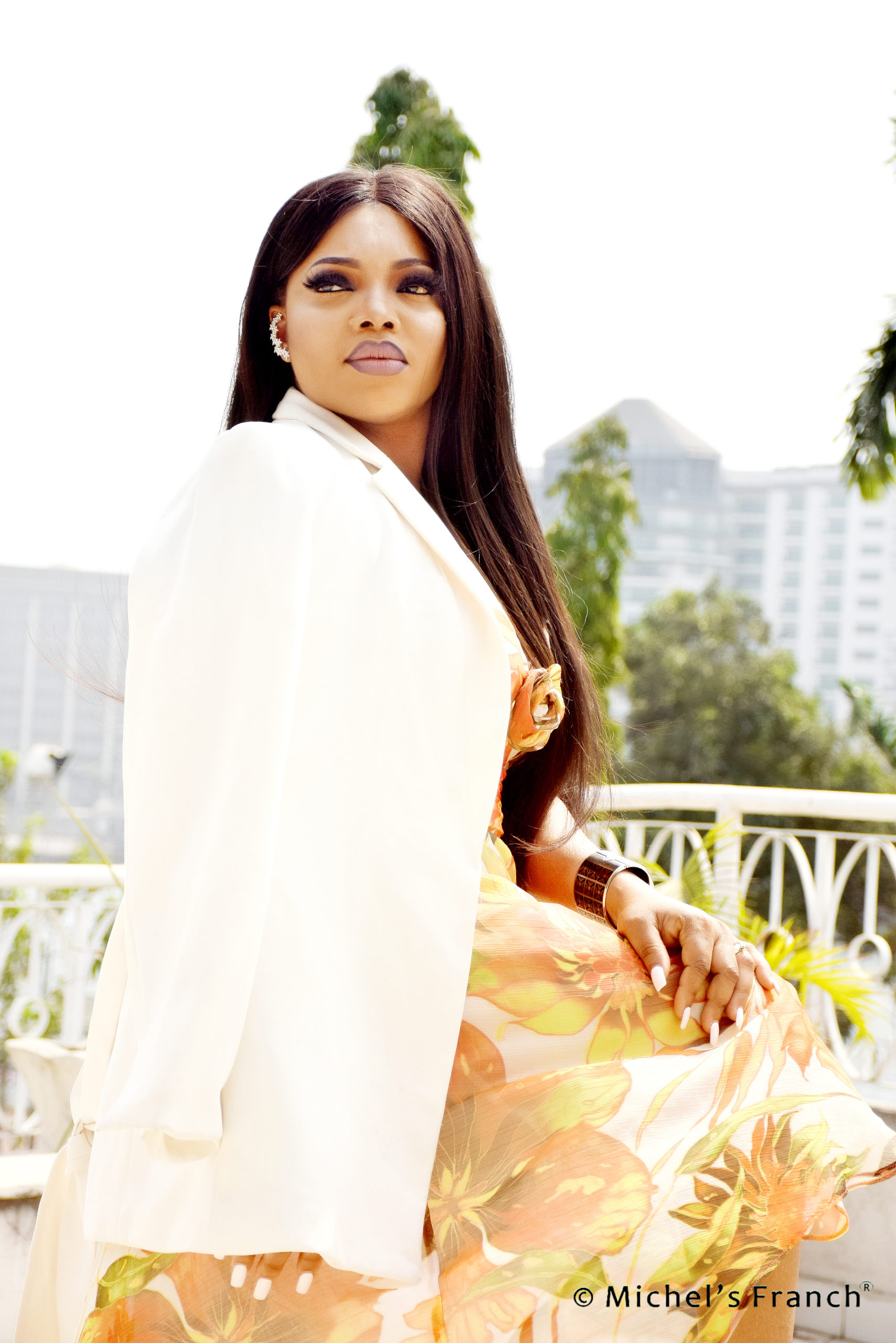 Feyisola Adeyemi, the CEO and Creative Director of the womenswear label, Luxury By Feyi, put off launching her first collection for thirty years, thus celebrating five years in business. This was an exciting milestone to achieve but her journey to fashion still included personal milestones creating a life well-lived.
At an early age of five years, Adeyemi knew she wanted to be a fashion designer, so much so that she taught herself to sew with her mother’s knitting materials. This led to a period of making dresses for her beautiful baby dolls, but as she grew up it was made clear by her parents that she needed to pursue a traditional career path.
“It took me until my adulthood to come to terms with myself that I could turn my passion into a full-time business and earn a living by being myself.”
In her home of Lagos, Nigeria, getting a university degree was the path to success and at the time schools for fashion didn’t even exist. Upon entering adulthood Adeyemi started out in the workforce with a job in banking which did not lead to much personal fulfillment, but it was respectable work. However, when she relocated to the United Kingdom, Feyi pursued a degree in social science that offered two tracks, one in the clinical field and the other in entertainment. As a fan of celebrity and pop culture, the entertainment track was an easy choice. This led to an amazing opportunity working in radio at ‘Inside Africa Ireland” where Feyi rose among the ranks and got the chance to produce her very own show.
Producing and having creative control brought an immense amount of joy to Feyi’s life but outside of working hours, she found little passion in her life.
“When I left the office, I wasn’t myself. Something was missing.”
At this point, Adeyemi was married and started a family living in Dublin, Ireland. She had her radio show and a family to raise, but she still wanted more joy. After a conversation with a close mentor who suggested she should try to work in fashion, Adeyemi got to work researching options to switch her degree and study fashion. When she discovered the intricacies required to study design, she says she didn’t let it discourage her, instead she started her fashion blog ‘Simply Glamorous Fashion’. It started out as styling content, covered celebrity fashion, and grew so much in popularity that she had the opportunity to travel to cover red carpet fashion. Her inbox and comments started flooding with people seeking fashion tips and consultations, with a majority of them coming from London. The signs could not have been clearer to Feyi that she needed to be in London to leverage her connections and launch her first collection. “I talked with my hubby, and we made the decision for me to move to London with our three sons and he would have to work in Ireland until he found a way to transition to live with us, which he did.”
It was a difficult choice, but five years later Feyi says she never looked back and to date her designs have been featured in publications such as Vogue, Glamour, Schon, Locale, D4 Magazine, Grazia Pakistan, Runway, and Grumpy Magazine to name a few. As well as debuting on mainstream stages such as the European Music Awards, the Emmys, the NAACP Image Awards and Coachella in addition to having a collaboration showcased with Aston Martin London during the SS19 London Fashion Week.
Upon entering this new era of Luxury By Feyi, being able to position the brand to attract and connect with her target audience on a personal level is one of Feyi’s greatest indications of success. In addition to having the ability to be creative and contribute to her families’ economic success. As a storyteller, Feyi finds inspiration from nature, cultural values, personal stories, and surrealist art from creatives such as Andy Warhol, Alexander McQueen, and Stephane Rolland.
“There are instants when designers become artists, artists become designers, or both institutions become something different entirely while putting a collection together.”
When Feyi looks at these artists she sees signifiers of culture, art, and fashion on a global scale and her biggest hope is to create that as an artist herself.
The next stage for LuxuryByfeyi now is building our fashion branding  “Masterclass”.
We are currently working on our first-ever digital Masterclass titled “ The unstoppable Fashionista Brand Building” which starts on May 3rd, 2020, and runs for 6 weeks. Where I teach about Fashion branding structure -because believe it or not, brands are somehow determined and defined by their structure. Thus, I aim to use this platform to empower and support young designers, particularly from African descent not to limit themselves but to break boundaries globally.
However, this structure is broken into various themes which includes
For more info on the Masterclass, visit HERE
We are also working on our brand (LuxuryByFeyi) presence to be in Nigeria soon.
You can keep up with Luxury By Feyi on her website or on social media
Instagram
Instagram 2
Facebook