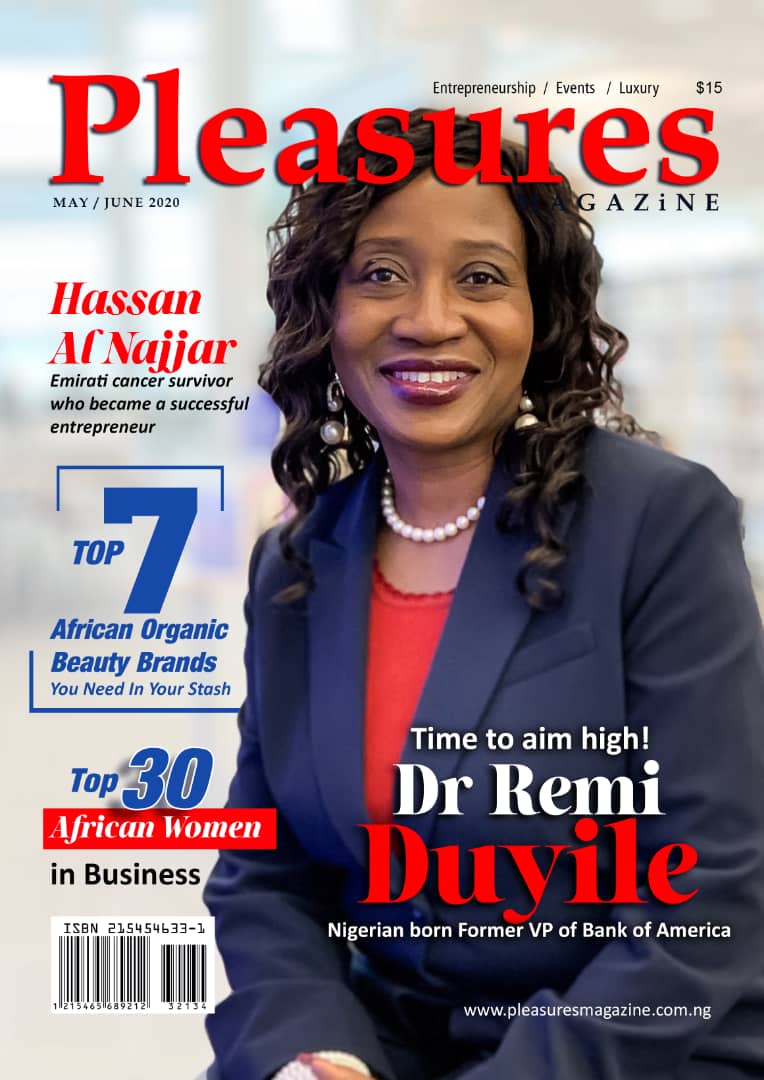 It would have been considered an obscene thought that one day, one of the most influential figures in the world of international finance, would be a woman. More accurately, a Nigerian-born, that started her education at Comfort nursery school in Ondo town, Southwest Nigeria. Remi Duyile is a former Vice President of Bank of America, a serving commissioner in the great state of Maryland and CEO Image Consulting Group, an international consulting firm focused on Human Capital Development, Business Development, Trade and Investment, and Access to Capital. She has over the years become a reference point for women’s positive outlook in a society where male dominance thrives. But for her, the head and tail of her journey to success are best described as that of faith, perseverance with a dint of hard work, which according to her, helped her overcome the four strikes namely being black, female, Nigerian, and accent. Fighting through these four strikes to change the narrative about women and need to hold them in high esteem and as partners in defining an integral part of every society’s social-economic development especially in Africa.

Amongst the many statistics to support that claim, the most prominent ones have been conducted by the IMF, showing that some countries could boost their economies by as much as 35% by closing the gender gap in employment. Even adding just one more woman to a company’s management is associated with a boost in return on assets of up to 13%. Ultimately, when women do well, society does better. Additionally, women are more likely to spend their resources on health and education, creating a powerful ripple effect across society and across generations. One study suggests that women invest up to 90 percent of their earnings this way, as opposed to just 30-40 percent for men.

In Remi’s interview with PLEASURES MAGAZINE, she shared her advice for young women across Africa, stating that first and foremost, it is imperative to make space for other women. “Do not compromise your values, your brains are powerful enough to get you to your desired destination if you let God be your sole anchor. You will be greater than me for sure as that’s our prayers; that our children will be greater than us, maybe you consider Remi Duyile one of your yardsticks along the way as you think of my four strikes of black, female, Nigerian, accent and still rose to a Vice president in a foreign land.” 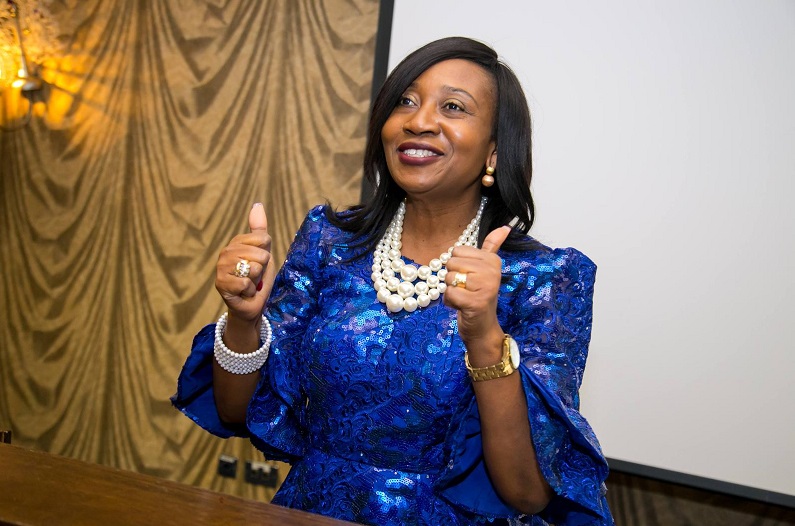 Over 35 years of combined experience, and accomplishment as an international executive leader and project manager with a proven record of innovation, effective communication, and ability to enhance team performance and deliver results.

Talking about the major lesson she learned while starting her banking career:

She said, “One of the major lessons was to be humble and persevere through reactions of various people to what they see as four strikes against me namely: black, female, accent, Nigerian. I see them as my value proposition to the world and my growth. I stay focused and continued to work hard and invest in professional development”.

On the aspect of her background that has been most helpful to her as a top banker that should resonate with the average African youth:

Remi who is the author of “Perseverance, Winning Key to your Destiny”, said her mother’s character was impeccable, “she loved people from the core of her soul and could never hurt a fly with words and actions. Her selflessness, hard work, and contentment shaped my character even as a young lady, you will never find me in a crossfire of heresy as my mother modeled. Coming to America, I came from a loving and caring background with a prayed up mother who when I got emotional about the exit of my dad, she would reassure me that God is going to compensate her for all her sacrifices; and that she believes my character and perseverance with a contented heart will guide me to my success: that success is a life journey which entails perseverance and consistency till the end; It worked like magic for me as It was tough dealing with some characters, however, her words and my WHY kept me focused to the top.” 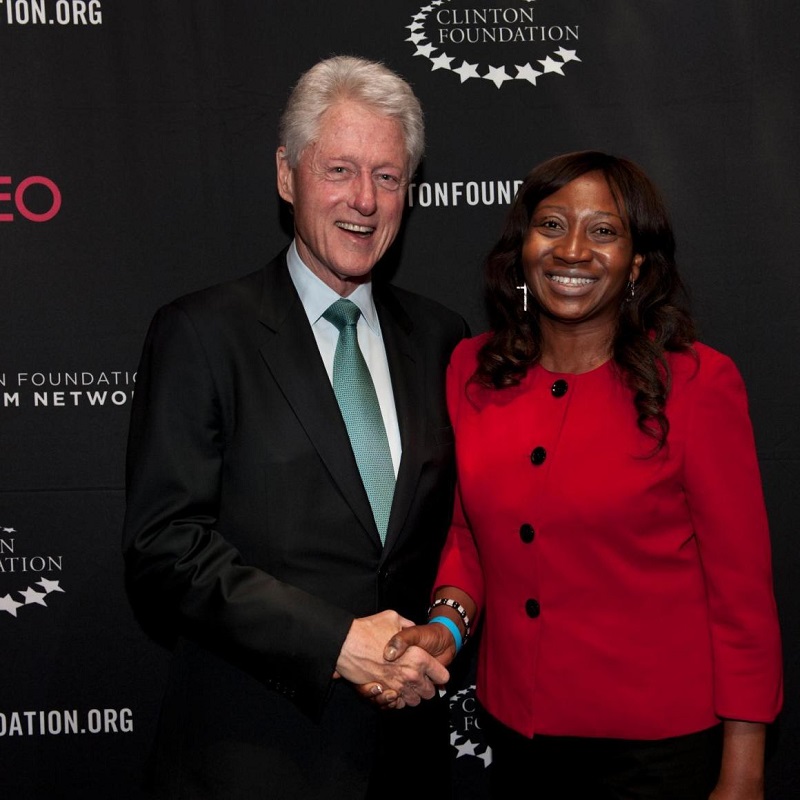 Consistently ranking among the top most powerful women in the world of banking globally. Remi Duyile with over 35 years of combined experience and 600 financial portfolios for high net worth companies in the financial institution. Her accomplishment as an international executive leader and project manager with a proven record of innovation, effective communication, and ability to enhance team performance and deliver results, Dr. Duyile has a strong ability in implementing excellent judgment, commonsense, and problem resolution techniques. She was a top 100 MBE award winner in 2009, also a recipient of the 2010 Smart CEO Award and Honorary Doctor of Humane Letters in 2013. 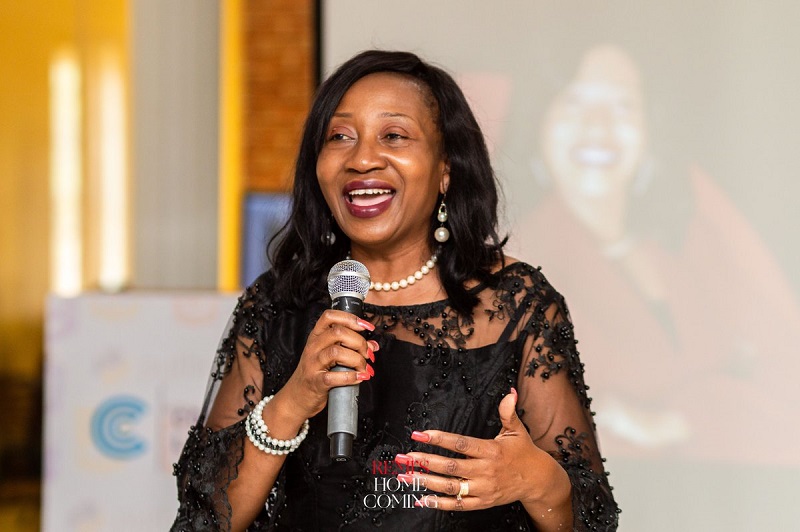 As CEO of Image CONSULTING GROUP, Remi specializes in facilitating trade between Africa and the United States by providing a variety of services to foreign manufacturers interested in penetrating the emerging market, as well as African manufacturers and producers seeking to expand their market beyond the shores of this great continent.

On her service to humanity through empowering the next generation. Remi Duyile has become an authority in the finance industry, not for her advantage alone, but also for generations to come. Out of passion and need to empower underserved communities with her knowledge and experience, she founded the Legacy Premier Foundation, a Non-Profit Organization focused on youth and women empowerment. The organization is committed to empowering underserved communities through Advocacy, Education and Facilitation, Financial Literacy, Communication, Mentorship, Cultural Competency Training, Capacity Development, Soft Skills Development, Vocational Training, Small Business Incubator Services with microfinance support, Peace Building, General Advocacy, Democracy & Good Governance and Promotion of Global best practices.

Through their programs, the Legacy Premier Foundation is raising female business giants in developing countries who like Remi Duyile can champion a cause of change with global relevance.

Remi Duyile is a seasoned Mentor, business owner, and an influence strategist who is passionate about helping people maximize their potentials.

We also present an insight into the latest addition to Abeking & Rasmussen’s fleet of superyachts named “Superyacht Excellence”. With her heavily reversed bow and acres of glass, the 78.5m (257.2ft) EXCELLENCE is one of the most distinctive yachts built in recent years. 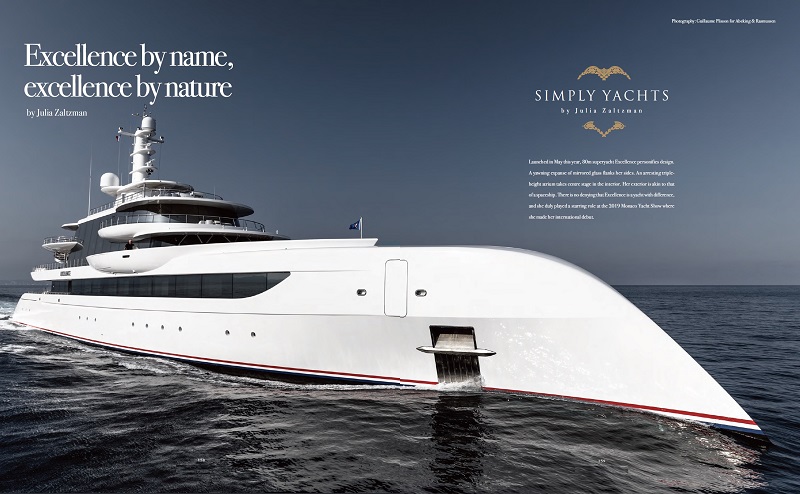 We also get up close and personal with the award-winning designer and brand and product developer, Cyrill Gutsch. He reveals what life is like as Founder and CEO of the environmental organization, Parley for the Oceans. And as usual, the magazine is incomplete without your usual light stories and other human interest narratives such as success stories of CEO of Stein Energy CEO, Engr. Otemu Igho, Akunna Nwana-Akano, the CEO of Kuku’s Group and Feyisola Adeyemi, Nigerian London based Surrealist Couture Artist and Creative Director at the top-notch glamour women wears brand “LuxuryByFeyi”