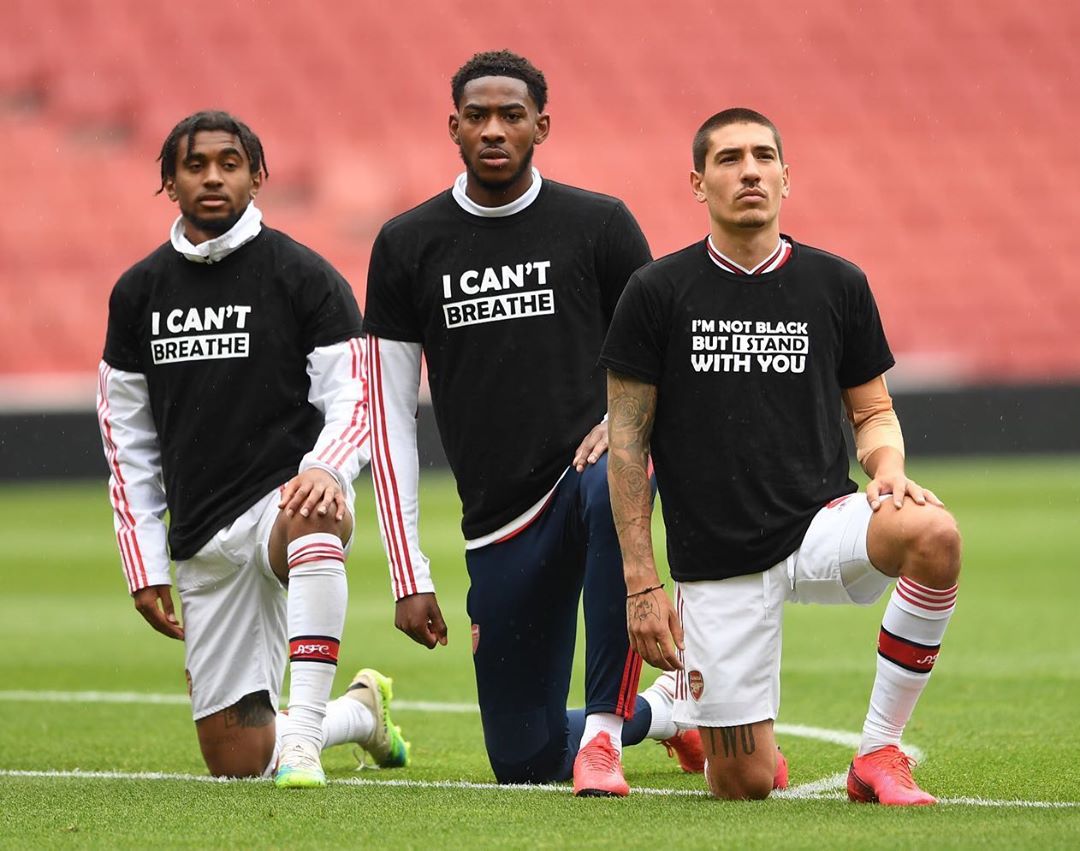 The Premier League will resume on June 17, 2020, and during the opening round of fixtures at the season’s restart, players will pay tribute to the worldwide anti-racism movements by wearing shirts with the words “Black Lives Matter” on the back.

The words will replace the player surnames on the back of the shirt, while the BLM logo will be displayed on the front. The tribute comes amid the worldwide protests against racial injustice following the deaths of George Floyd, Breonna Taylor, Ahmaud Arbery, and so many more.

The statement by Premier League players from all 20 clubs reads:

“We, the Players, stand together with the singular objective of eradicating racial prejudice wherever it exists, to bring about a global society of inclusion, respect, and equal opportunities for All, regardless of their colour or creed. This symbol is a sign of unity from all Players, all Staff, all Clubs, all Match Officials and the Premier League #blacklivesmatter #playerstogether.”

The Premier League stands alongside players, clubs, The FA, EFL, PFA, LMA, PGMOL and all those who oppose discrimination in any form.

The League supports the players’ wish to have their names replaced by “Black Lives Matter” on the back of their shirts for the first 12 matches of the restarted 2019/20 season.

A Black Lives Matter logo will also feature on shirts for the remainder of the season, along with a badge thanking the NHS for their work during the COVID-19 crisis.

In addition, the League will support players who “take a knee” before or during matches.

The Premier League believes there is no room for racism, anywhere.

We stand alongside players, clubs, the FA, EFL, PFA, LMA, PGMOL and all those who oppose discrimination and will support players who ‘take a knee’ before or during matches⁣ ⁣ There is #NoRoomForRacism, anywhere ??????????