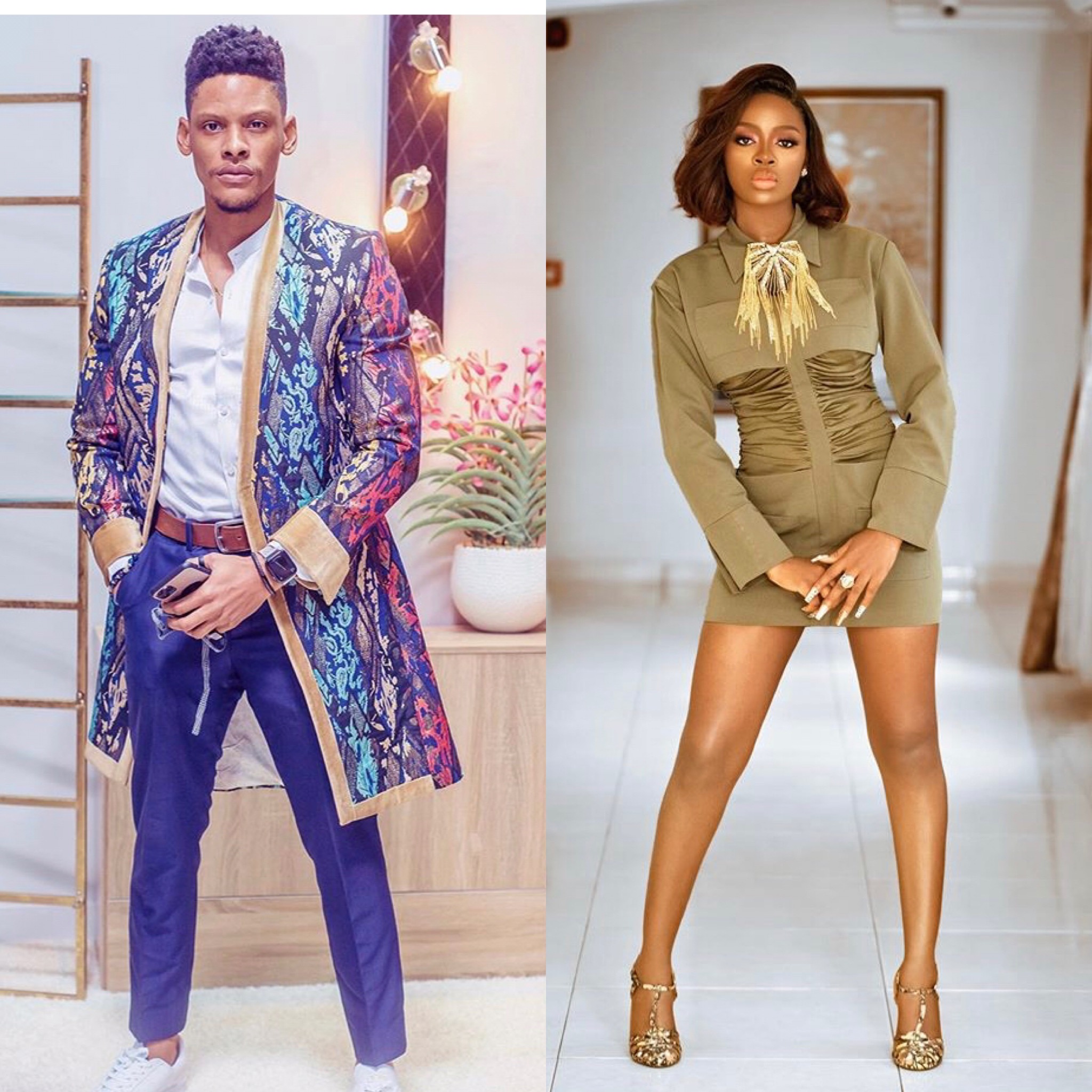 Probably the most interesting story that has come out of the “BBNaija Pepper Dem” reunion has been that of housemates Elozonam and Diane‘s relationship.

The two were so cute together while in the house, with Elozonam letting us know (during the reunion) that Diane made him feel so welcome when he arrived.

But it looks like the relationship failed to take flight outside the house. Our first clue to that was how we never saw them together at events and on the gram. No love is that secret, you know. Especially when it’s between two public figures.

Luckily for us, the reunion exists for this reason exactly: to update us on the lives of and relationships between the housemates one year after. And now we know exactly what happened between Elo & Diane.

If you aren’t aware of all that’s happened, from the story about a particular “MG” to what happened at the BBNaija finale party, get your updates here and here.

So many people on Twitter have been weighing in on the story, sharing what they think, who they think was at fault, who should have been more patient.

See what people have to say:

I can feel Elozonam’s pain, Diane didn’t have to do that man #BBNaijaReunion pic.twitter.com/TcNp22XZXA

Elo’s face when he looks at Diane pic.twitter.com/5RnyM9zGiO

Diane is funny o, Elozonam carried you go party, and you left the party to an Hotel with another guy!
This life no balance o🤣🤣🤣

They better give Diane And Elozonam their Flowers for giving us the Drama and Content we deserve on this show#BBNaijaReunion pic.twitter.com/pIwMv0Bo9F

Till now, I think I made a sound decision to let Diane move on"
-Elo
He did well to me . He’s a human being.#BBNaijaReunion

Elozonam Nwanne please and please again, just move on. Diane doesn’t have your interest at heart, she is obviously not into you, i know you cherish her but this love and emotional feelings ain’t reciprocal #BBNaijaReunion2020 You will find love with someone who will love you bro pic.twitter.com/yirPHy6jHT

Is this why Diane said Elo is not forgiving? She must be high on cheap drugs. What kind of insult is that?? This her entitlement (like the veto thing) is still very strong oh. Talk about audacity! 😂😂😂

It seems like elozonam was hurt by Diane #BBNaijaReunion pic.twitter.com/k59RpsV9qR

Loool women want this thing soo much! That freedom to go and do nonsense knowing that if anything happens, there is one man waiting around the corner that they can run back to anytime..

I feel like Diane has a lot to say but would rather not say it . Only God knows the truth. M not going to judge Diane for anything. pic.twitter.com/zdqu6TTXuW

Lmao. My nigga when He dialed Diane and she said “I’d call you later” pic.twitter.com/61JZW84vAY

Is There still Hope for the Diane & Elozonam Ship? Let’s Fill You In On Tuesday’s #BBNaija Reunion Show