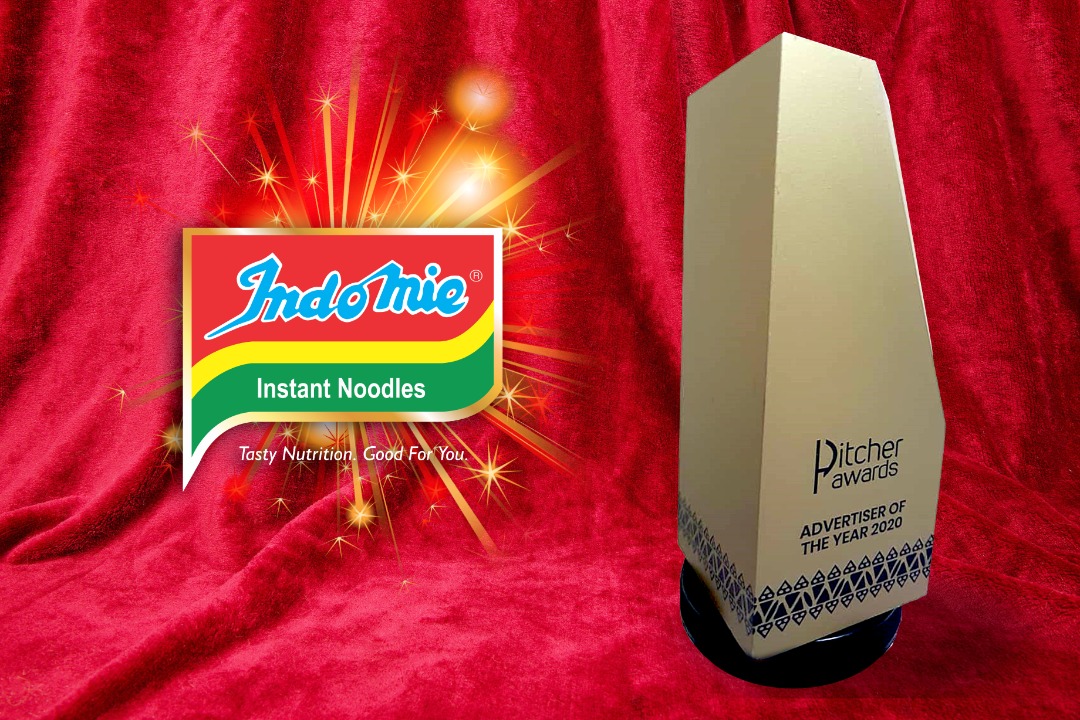 CHINI Africa, Cannes Lions official festival representative in Nigeria and organizers of the Pitcher Awards have announced Nigeria’s number one noodles brand, Indomie Instant noodles and Power Oil from Dufil Prima Foods Plc, as the 2020 winners of the prestigious Pitcher Awards Advertiser of the Year and the Public Relations and Reputation Management categories respectively.

The 2020 edition of the festival received entries from countries across Africa including Nigeria, Ghana, Senegal, South Africa, Kenya, Cape Verde, Tanzania, and Uganda.

The Pitcher Awards was presented to the brand during an online ceremony held on July 4th, 2020. The Awards ceremony was part of a series of events called “Pitcher Festival of Creativity,” including seminars, exhibitions, and academy programmes designed to celebrate and promote creativity in Africa.

Since its introduction to the Nigerian market, Dufil Prima Foods products have become household names in Nigeria and other parts of Africa. Over the years, the company has created several stories that have strongly resonated with all categories of audiences, including children and mothers. Some of their most successful campaigns went beyond promoting the product to arousing self-discovery, self-expression, and personal development among consumers.

Eulogizing the inventiveness of Dufil Prima Foods Plc over the years, Pitcher Awards organizers said the company has consistently applied creative principles to generate real measurable success for her range of products, to the benefit of consumers.

According to Nnamdi Ndu, Chief Executive Officer of CHINI Africa, “Indomie came as a natural choice for this year’s Advertiser of the Year award considering the unique role creativity has played in catapulting a virtually unknown brand to a regular staple and a generic name for its product category. Also, considering the novel tactics deployed by Power Oil for her Unbranded Oil Campaign, Dufil Prima Foods Plc’s ingenuity, creativity as well as the hard work of the people behind these brands is commendable.”

Reacting to the Pitcher Awards, the Group Public Relations and Events Manager, Dufil Prima Foods Plc, Temitope Ashiwaju expressed appreciation to the organizers of the award for their consistency in the search for creativity in the industry. According to him, “An initiative such as this has made the brand to continually think out of the box and ensure the general public is communicated to in a creative and exciting manner.”

He however added, “But we also know that to whomever much is given, much more is expected. Therefore, we at Dufil Prima Foods Plc see this new award as an incentive for us to do more in bringing different innovations into the production and marketing of our brands. We will not disappoint in that regard.”

While you prepare for the BBNaija Season 5 Premiere Tonight, Here’s what you should Anticipate about Biggie’s House