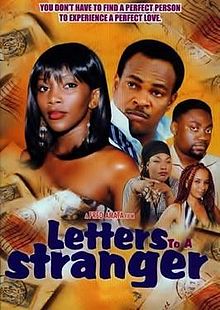 Over the years, we’ve watched Genevieve Nnaji grow from being an actress to a world-celebrated producer and director.

A few weeks ago, The Academy of Motion Picture, Arts and Sciences, released its list of new members, with 819 invitees, including our Nollywood star.

She started her acting career as a child actor in the then-popular television soap opera “Ripples” at the age of 8. In 1998, at the age of 19, she was introduced into the growing Nigerian film industry with the movie “Most Wanted“. Her subsequent movies include “Last Party“, “Mark of the Beast”, and “Ijele“.

Genevieve Nnaji has received several awards and nominations for her work. In 2018, her directorial debut “Lionheart” was acquired by online streaming service Netflix, making it the first Netflix original film from Nigeria. The movie had its world premiere at the 2018 Toronto International Film Festival.

This July, we’re shining the spotlight on the movie star for our #BNMovieFeature.

Our #BNMovieFeature for today is a romantic comedy-drama titled “Letters to a Stranger”.

Jemima, a writer, isn’t having the best of times. Her boyfriend, Frederick, is too busy with other parts of his life to give her the attention and affection she needs, and she’s also distracted at work, so she starts to record her feelings in a series of “letters to a stranger” on her computer. Then a chance misdial of the telephone introduces her to someone else, a much more affectionate man than her boyfriend. Now she has to make a choice between the two of them.