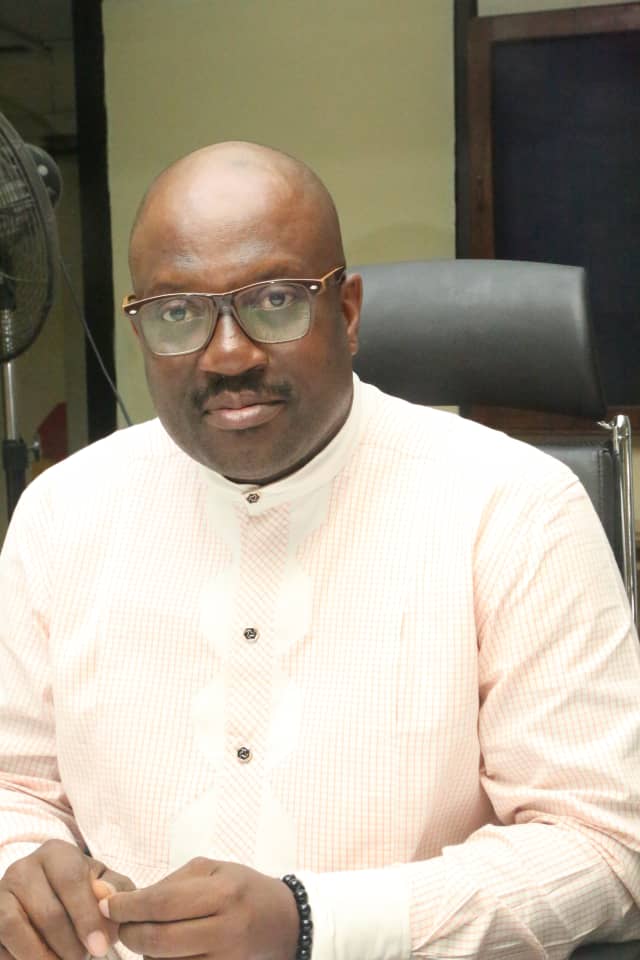 The complaints have been coming in for a while, across all social networks: students sponsored to Europe for post-graduate studies by the Niger Delta Development Commission (NDDC) saying they are stranded abroad because of an alleged lack of funding from the commission.

According to Premium Times, the students sent a letter, signed by about 25 students on behalf of the “2019 NDDC scholars,” to the President of the Senate, Ahmad Lawan, in which they detailed how difficult life had been for them abroad, especially now that the coronavirus pandemic has prevented them from working odd jobs to survive.

The letter reads in part:

While we had survived with working as bar attendants, warehouse assistants and even care workers during these nine months of being sent overseas without upkeep, this ‘assistive’ source of income has been lost due to the COVID-19 pandemic. With the pandemic, scholars are unable to meet up with their basic obligations like rent and feeding and are living on the constant threat of ejection by their landlords in different parts of the world.

That wasn’t the first time that a complaint like this has been made by Nigerian students who benefited from the NDDC scholarship.

One of the 2019 scholars, Olukayode Olugbemi, known as @omokakafiala on Twitter, shared multiple videos and tweets where he explained the plight of the 210 scholars awarded scholarships by the NDDC in 2019 in detail.

He also explained that some scholars had already been paid and asked that the NDDC pay the outstanding fees instead of using the scholars as political tools.

Check out his posts below:

We are not interested in the political games, pay our tuition, clean out the corruption in the NDDC and let's fix Nigeria #NDDC

According to Sahara Reporters, on July 20, scholars affected by the NDDC’s failure to pay their tuition and allowances held a protest at the Nigerian High Commission in London to make their anger known to the Nigerian government.

This protest was used as a tool to demand the immediate payment of their tuition and other fees by the commission.

The scholars also wrote a letter to President Muhammadu Buhari to ask for his intervention in the matter. The letter reads in part,

Your Excellency, we have continually been harassed by series of letters from our institutions threatening to withdraw their service. Some students have not been very lucky as the responsibility for the payment of their tuition has been transferred to them with strict timelines and conditions. For over ten (10) months, scholars have been subjected to all kinds of dehumanising challenges now compounded by the global COVID-19 pandemic. Scholars now struggle to feed themselves, pay for accommodation and bills. Since the pandemic and subsequent global lockdown, the part-time jobs that many engaged in for survival have all been lost.We are now losing focus and depressed due to the fear of being evicted from our schools and subsequent deportation.”

On July 28, 2020, the NDDC 2019 scholars gave the NDDC an ultimatum to pay up the outstanding fees by 12pm on July 31st, 2020, or they would be forced to embark on the “Mother of all Protests”. They revealed this in a statement shared via their official Twitter account.

Interestingly, there are still unpaid scholars from the 2018 set while there are those in 2019 that are yet to leave Nigeria.
The 2019 scholarship was awarded on the 29th July 2019. Today is 28th July 2020 and no one has been paid. @seunokin @NGRPresident @MBuhari #NDDC

We have reached out to @Senator_Akpabio, @ProfPondei through different media platforms but we have gotten nothing dignifying of a national response from them. Rather, we got empty promises that have lingered on for months. @cenbank @ProfOsinbajo @OgbeniDipo @DrJoeAbah #NDDC

We enjoin the @HouseNGR to issue an official statement confirming or denying this statement officially.

Today, many of us have been deactivated from our school portals while others are on the verge of being suspended.@nidcom_gov @NidsugN @Sadiq_Cyrus @femigbaja #NDDC

or in some cases expired food, while previously existing menial jobs are no longer available due to the COVID19. We have waited and we have been pushed to the wall. @ProfPondei @OvieOmoAgege @MBuhari @UKinNigeria @Channels24_UK #NDDC

Failure to do this, we shall embark on a MOTHER OF ALL PROTESTS at all Nigerian embassies and high commissions in countries where we have students on the scholarship, including but not limited to the UK, US, Russia, Australia, New Zealand from Monday 3rd August 2020. #NDDC

Following the statement shared by the NDDC 2019 scholars, the chairman of the Nigerians in Diaspora Commission (NIDCOM),  Abike Dabiri-Erewa, has asked the NDDC to pay the stranded students in a statement released on July 28, 2020.

The statement which was signed by Gabriel Odu, Head of Media, Public Relations and Protocol Unit, NIDCOM said,

The Chairman/CEO, Nigerians in Diaspora Commission Hon Abike Dabiri-Erewa has once again appealed to the Authorities of the Niger Delta Development Commission to as a matter of urgency intervene by promptly paying the allowances, tuition and other incentives of students on their scholarship scheme, to guarantee their stay and continue their education in the United Kingdom.
A statement issued in Abuja by Mr Gabriel Odu of the Media, Public Relations and Protocol Unit, NIDCOM, made reference to a letter written to the Hon Minister of the Niger Delta Sen. Godswill Akpabio, dated June 18, 2020, NIDC/001/20/1 drawing attention to the plight of the students, and urging the NDDC who are directly responsible for the Students’ scholarships.to pay. She added that the Commision counts on the Minister’s assurances that all outstanding payments to affected Students will be made .
At the moment there have been persistent calls by the Students for urgent intervention.
While deadline for payment of the fees of some of the students have expired or about to expire , non payment of their allowances have turned many of them to virtually become beggarsThe NIDCOM CHAIRMAN once again appeal to the Niger Delta Ministry and the Niger Delta Development Commission, NDDC, to intervene urgently and promptly too.

It’s unclear why the tuitions and allowances haven’t been paid, but the NDDC is currently being investigated by the government on corruption charges.

We hope the NDDC does what’s right and pays the 2019 scholars what they are owed.

Meet the 4 Africans Selected for the 2020 Echoing Green Fellowship