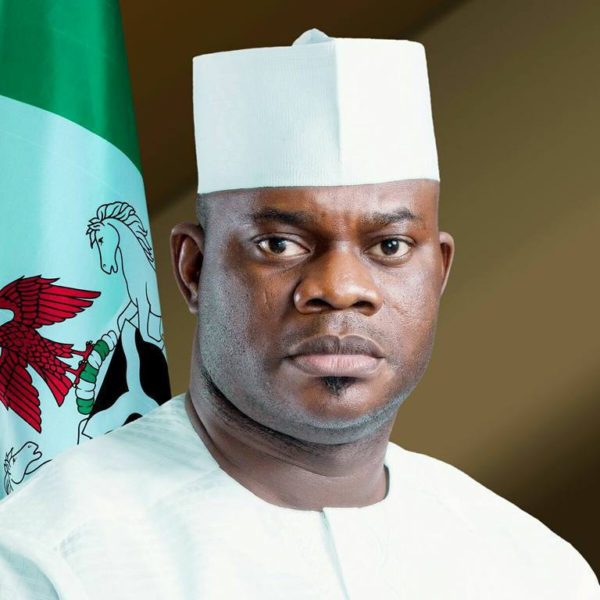 On February 27th 2020, Nigeria confirmed its first case of COVID-19, an Italian man who came in from Milan. Since then the country has recorded 26,484 cases, discharged 10,142 patients and lost 603 patients according to numbers released by the Nigeria Centre for Disease Control (NCDC).

As more and more states continued to record cases of COVID-19, Kogi State remained coronavirus free up until May 27th 2020 when the NCDC announced two cases of COVID-19 in the state. However, the Kogi State government rejected these findings via a statement by the state’s Commissioner for Health, Saka Audu, which read in part;

Kogi State till this very moment is Covid-19 free. We have developed the full testing capacity and have conducted hundreds of tests so far which have returned negative. We have also continued to insist that we will not be a party to any fictitious COVID-19 claims, which is why we do not recognise any COVID-19 test conducted by any Kogite outside the boundaries of the state, except those initiated by us. Any attempt to force us to announce a case of COVID-19 will be vehemently rejected.

Following this statement made by the Kogi State government, The Nigerian Medical Association (NMA) urged the Federal Government to call Governor Yahaya Bello of Kogi State to order over his claims that there were no cases of COVID-19 in the state and asked that Nigerians be shown evidence that the state was actually free from COVID-19.

Speaking with Vanguard, the President of NMA, Francis Faduyile said:

Meanwhile, the Director-General of NCDC, Chikwe Ihekweazu, told Vanguard that the agency stands by its findings and the announcement that was made. The NCDC has now officially confirmed two more cases of coronavirus in the state bringing the total number of confirmed cases up to four, with no confirmed deaths and no discharged patients.

On June 28th 2020, the Kogi State chief judge, Nasir Ajanah, died at a COVID-19 isolation centre in Gwagwalada, Abuja, according to TheCable. However, the governor of Kogi State continues to stand by his position that the state is free of coronavirus.

While speaking at the third-day prayers for the repose of the soul of the late chief judge, Bello described coronavirus as an artificial disease that has been sold to Nigerians as reality, The Punch reports.

He advised citizens “not to give in to fear and evil of the issues of COVID-19”, adding that “it is a disease that has been imported, propagated and forced on the people for no just cause”.

The governor went on to say,

Nothing kills faster like fear, people should not accept cut and paste. COVID-19 is only out to create fear, panic, pandemic. It is a disease orchestrated to reduce and shorten the lifespan of the people whether medical experts and scientists believe it or not, COVID-19 is out to shorten the lifestyle of the people, it is a disease propagated by force for Nigerians to accept.

According to the reports, the hospital had scheduled a media briefing for the day to demand a COVID-19 screening centre in the state and to also speak about the challenges health workers are facing with regard to the disease. The armed men arrived at the facility in three vehicles and shot sporadically to disperse the meeting.

The Kogi State government, via a statement released by the office of the commissioner of information and communications, Kingsley Fanwo, said that the attack was carried out by relatives of patients allegedly abandoned by the hospital staff.

Preliminary findings revealed that the violence ensued when relations of patients in the medical facility protested against the failure of the management of the hospital to attend to them, many people in the emergency ward were left unattended to and a mother delivered at the gate of the hospital. That generated a lot of public tension in the state. Tension started building since yesterday when patients and their relatives learnt of a plan by the medical staff to stage a protest today, seeking protection from COVID-19.We urge the people of the state to remain calm as government will ensure maintenance of law and order.We also sue for calm and urge medical authorities to remain committed to their medical profession and responsibilities as Government will protect them in order to give them the confidence to deliver. Healthcare management must never be politicised. Also, government will carry out further investigations to ascertain the remote causes of the breach of peace by the protesters and also address their fears.

However, TheCable is now reporting that the Kogi State government was not being truthful about the attack according to various sources, including two doctors in leadership positions, who have chosen to remain anonymous.

A doctor, who heads one of the health unions, revealed to TheCable that they believe the attack was to shut them down after they have repeatedly criticised the state government’s style of managing the pandemic.

The doctor said his colleagues are apprehensive as some have been isolated after a patient who was recently admitted at the hospital tested positive for coronavirus after being transferred to Abuja. He added that the “exposure was much” during the time the patient stayed at the hospital.

“We wanted to have a peaceful protest to draw the attention of the federal government to what is going on, so that they can give us a PCR testing machine to be using which is what the NCDC (Nigeria Centre for Disease Control) is using,” the doctor said.

The doctor, who said the health workers are especially concerned about their families who they return home to after work, added that some of them have lost their relatives in recent weeks while some others have been in isolation after exposing themselves to the coronavirus.

The protest was cancelled because, according to one of the doctors, “if thugs can enter into the hospital and terrorise staff, nobody knows what will happen; what we are concerned about now is the safety of  life of our people.”

The Kogi State doctors have also announced that they would be going on an indefinite strike until their demands are met, including the security of their lives, provision of personal protective equipment and a testing machine.

Even though the deaths of Nasir Ajanah, Abdulateef Suleiman, personal assistant to Bello, and Ibrahim Shaibu Atadoga, the president of the Kogi customary court of appeal, have been linked to COVID-19 complications, the Kogi State government has refused to confirm or deny and continues to stand on its position that COVID-19 does not exist in the state.

Why exactly do they continue to do this?