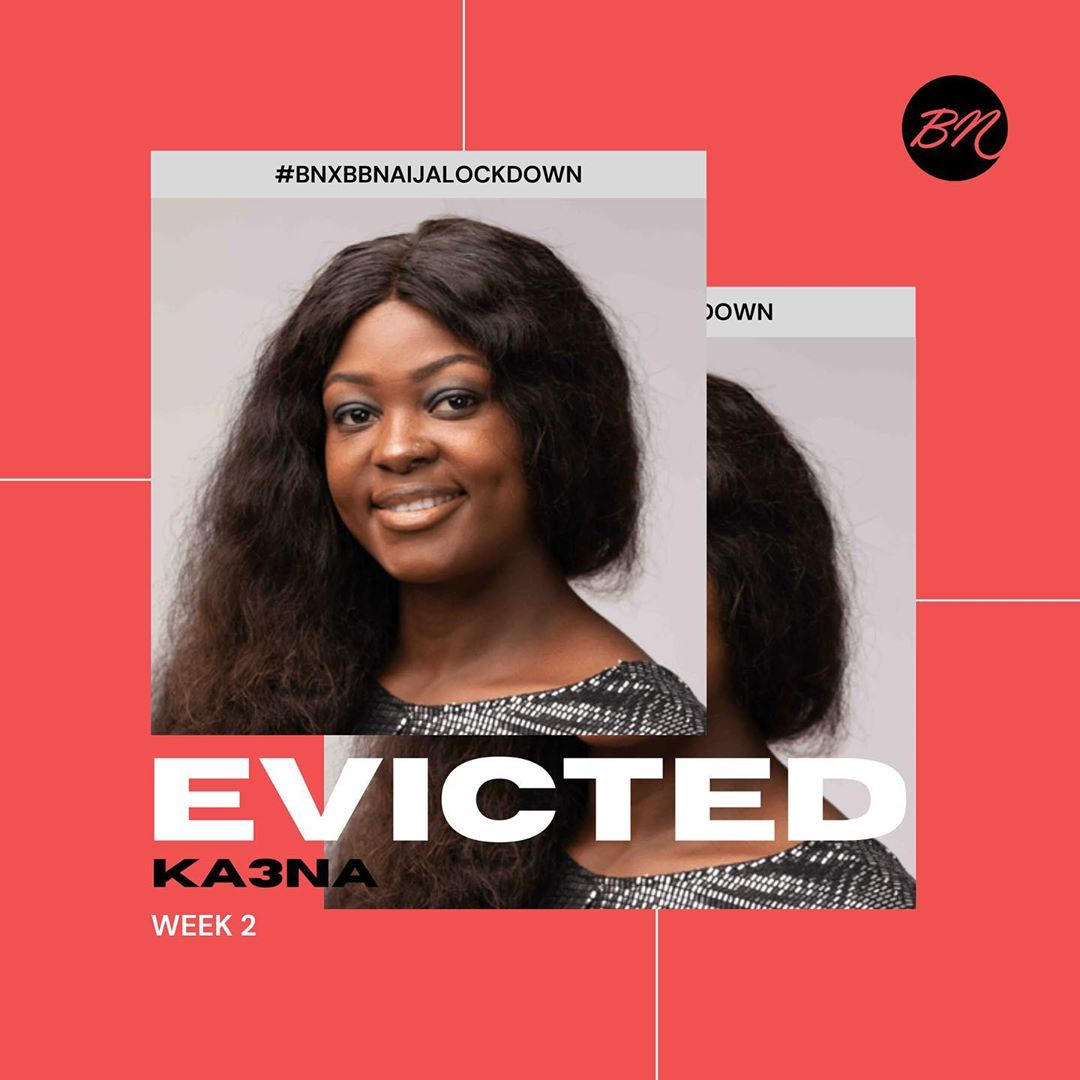 Big Brother Naija never disappoints when it comes to a Live Show and tonight has been no different. In a #BBNaija season fraught with twists, Big Brother just gave a sprinkle of the twist during the eviction show.

Ka3na and Lilo are the first housemates to be evicted from the BBNaija House lockdown edition. Their eviction was announced by Ebuka Obi-Uchendu during the first BBNaija Lockdown Sunday Live show on Sunday Four housemates were put up for possible, comprising Lilo, Eric, Praise and Ka3na. 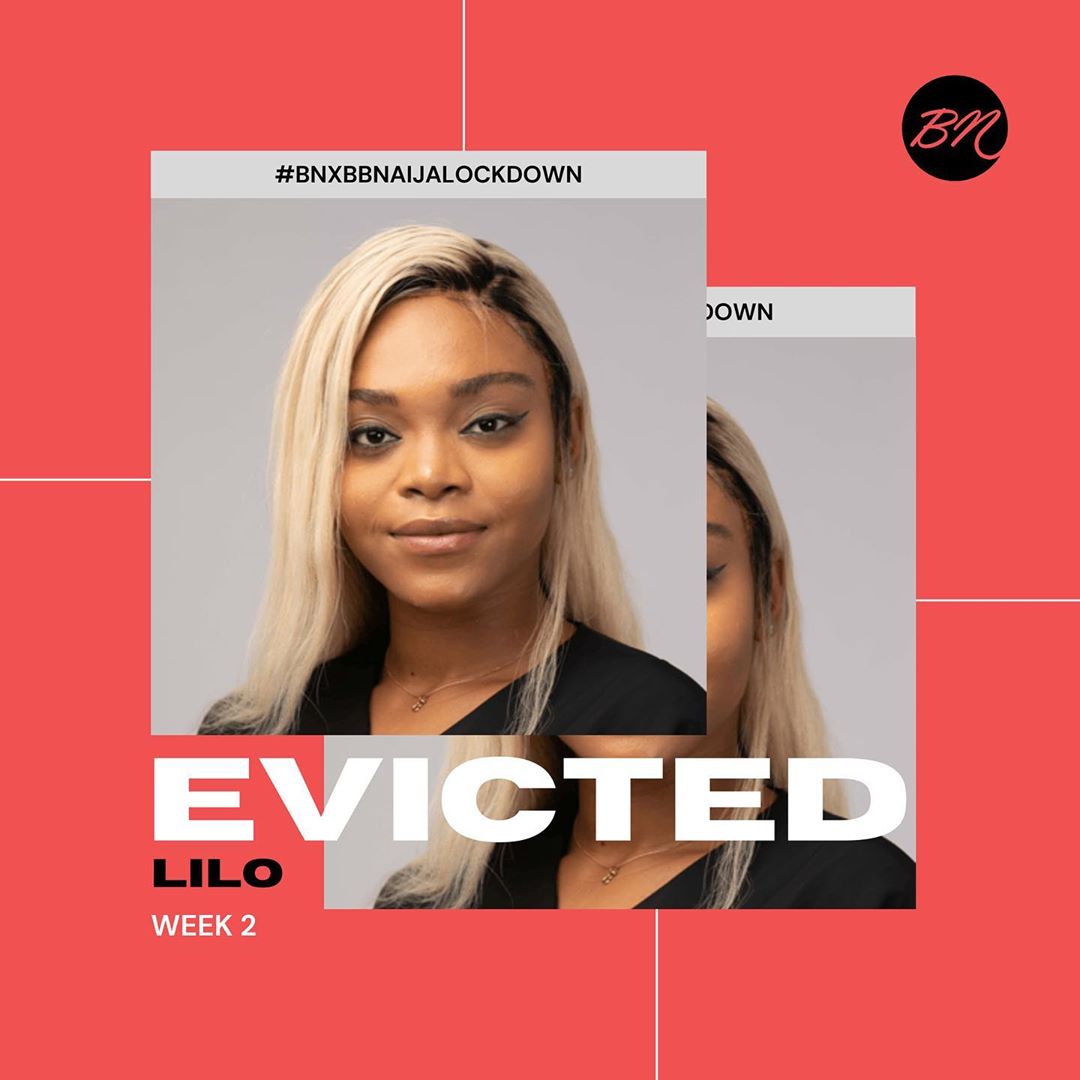 Just before Eviction
A lot is going on in the House with Eviction around the corner. From talking about fears to settling issues, the Housemates have a lot to contend with.

The Housemates are going through it all today as they wait to find out which one of them will be leaving the Big Brother Naija House.

The fear of the unknown had the Housemates discussing in hush tones and reassuring themselves in the face of tonight’s Live Eviction Show. Tolanibaj told Kaisha and Trikytee that she wasn’t really focused on winning the prize money. Her goal is to become one of the final five left in the House. A notion Kaisha shared, but this was largely due to her fear of the strong competitions in the House. “There can only be one winner and there are strong competitors in the House,” she said. Trikytee doesn’t see any threat though. In his words, “I don’t see any threat, we are here because people saw something in us.” 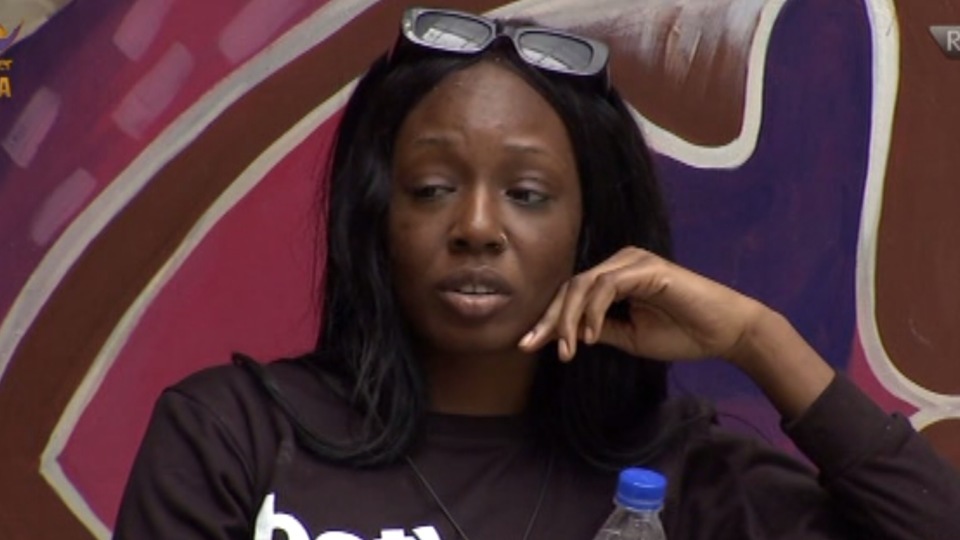 The energy you give

The complex relationship Prince has with Wathoni and Tolanibaj may have put both women at loggerheads. Wathoni confronted Tolanibaj about the type of energy she was getting and how it didn’t sit well with her spirit. She acknowledged the negative energy started when she interrupted Tolanibaj and Prince’s conversation and she apologized for it. “I will not beef you because of man… there are men outside,” She added. Tolani made it clear that al was well but Wathoni should have known better than to interrupt her conversation and even though she apologized, it appeared she did it on purpose. She insisted that there was no bad energy on her end and if it seemed like that, it was basically because of her mood swings and in that case, she would want to be left alone.

Neo took up the role of mediator between Ozo and Nengi to help with their fragile relationship that took a hit recently. Explaining her stance, Nengi said that she really Liked Ozo but he has been acting differently around her especially since the Truth or Dare game when she took up a dare. She hated the fact that she was now getting an attitude from him. Neo made it clear to her that Ozo liked her but his non-competitive nature makes it almost impossible for him to aggressively seek her affection and the fact that Nengi has a certain other love interest makes it difficult for Ozo to be committed to her. Shortly after his discussion with Nengi, Neo gave feedback to a gleeful Ozo about all that went down.

Styling for points
The Housemates have been challenged to look good and the best part is that it comes with points.

It’s the morning before the Live Eviction Show and it’s only right that they look good for the Show. Darling Nigeria is here to make that possible, but with a Challenge.

The female Housemates have been asked to get their hair styled and based on the outcome of what they do, they will be rewarded with 10 points each. The scores will, however, be from an online poll. The Housemates immediately swung into action. No hair will be left without being styled. The goal is the prize.

The Housemates were asked to style themselves last week and Darling Nigeria was quite impressed with how well they did and rewarded them all. All the Lockdown Geng each got 20 points. Safe to say their hard work didn’t go unnoticed and they did do a good job. But the real good news is that the more points they each amass, the better their chances of winning the grand prize at the end of the Season. The top male and female Housemates with the highest points will be rewarded N1,000,000 and N2,000,000 respectively for hair styling and hair styling support.

Packing for the Exit

Hoping for the best while still preparing for the worst, the Lockdown Geng started sorting out their luggage this morning. Dorathy led the pack as she started packing immediately after the brief was read. While packing, she jokingly asked Lucy to lose her number in response to Lucy saying she was packing too. But she wasn’t packing for the exit like the rest of the Housemates since she enjoyed immunity as the Head of House. She was only packing ahead of her tenure ending as Head of the House.

The Housemates are keeping Sunday morning easy like it ideally should be but with Eviction approaching, for how long can they remain at ease.

The Housemates begin to realise that they will not all be together by tonight and the party as the truth sinks in.

Yesterday was a classic Big Brother day as the idea that they may be down by two Housemates, finally sinks in. Who is leaving? This is a question most people have been asking, whereas the Housemates are wondering whether they have done enough to remain in the House.

Laycon seemed to have a lot on his mind as he paced around the house, battling with himself until he could clearly tell Wathoni that he is not ready to leave the house. That was not all, he eventually confided in Neo that he felt he had spent too much time pining over a woman, Erica, rather than focusing on himself and his career. We witnessed an iconic conversation where Neo decided to tell his fellow Housemate that this was his moment to show the viewers who he really is, the music will take care of itself. Camaraderie and brotherhood at its best.

The Friday Party was a huge hit with the Housemates getting some unexpected goodies for the night. Each Housemate scored a custom outfit for themselves designed by leading Nigerian fashion houses 2207bytbally and On Point Clothing with a bonus goodie box of accessories from Guinness. The Housemates danced the night away, clearly enjoying themselves as this will be the last party they all have together.

After the party is the after-party, and what happens in Biggies House is a conundrum at best. After Prince was seen professing his undying attraction to Nengi last night, Tolanibaj decided to try and tell him her feelings towards him. We say try because she was mad at him at first and softened up because she didn’t want to spoil his birthday.

Ozo had a heart to heart with Ka3na where he told her that he is not as into Nengi as he thought he might be. Finding her attractive was one thing, but he is only interested in a platonic relationship. He continued to confide that he was not being true to himself and he needed to be that person. Ka3na took this opportunity to set the record straight about her feelings towards Nengi, telling Ozo that actually, she does not think that Nengi is not into him.

Of course, we don’t have to tell you that after the party, our very own Lord Balish, Brighto was at it again making his rounds around the House chatting to his Housemates Tochi and Wathoni, telling Wathoni that he thinks that guys should pursue women and not take it for granted when a woman shows interest in him. Let’s see who will still be here to be pursuing women at the end of the day.