Burna Boy Is British GQ’s Hype For The Week 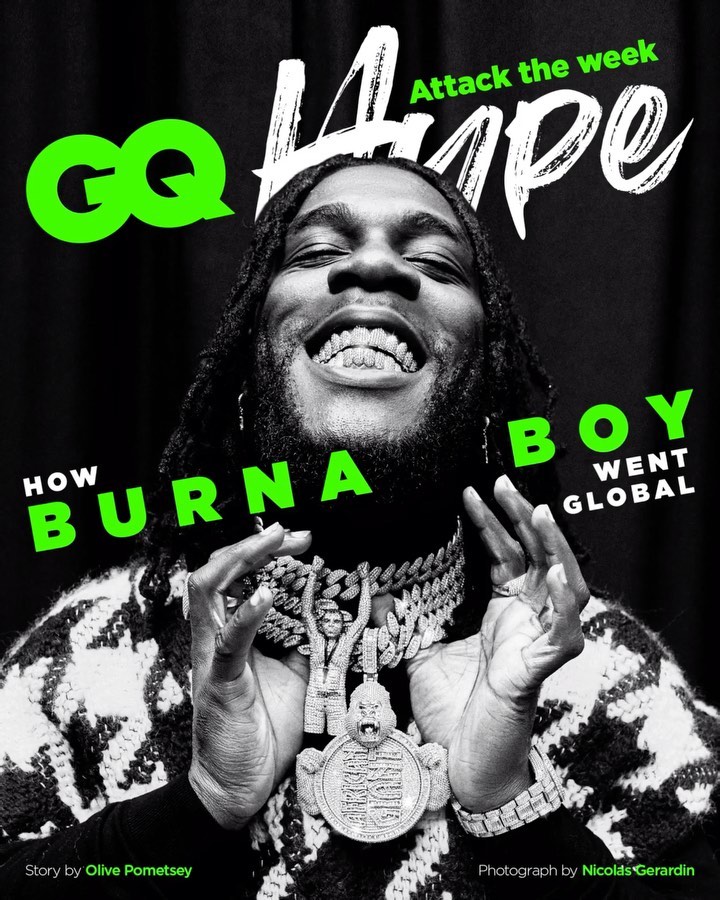 With his latest album, “Twice As Tall“, released last week, making waves and topping the charts around the world, it’s safe to say Burna Boy has outgrown his “African Giant” title.

Most recently he’s collaborated with Sam Smith, but his catalogue also includes songs with Stormzy, Dave, J Hus, Jorja Smith and Damian Marley, to name a few. Last year, he featured on Beyoncé‘s “The Lion King: The Gift“. For “Twice As Tall”, Sean ‘Diddy’ Combs serves as the executive producer of the album.

The “Ye” crooner is British GQ’s Hype for the week. In this issue, he’s asking his listeners to find out where their own hearts truly belong, his international collaborations and being unapologetically anti-racism.

On working from home on his album due to COVID-19 pandemic:

It’s been great for me, but I can’t say the same for everyone else. I’ve spent it being creative, researching, finding out more about myself, learning more about ancestors, trying to exercise my mind and body.

On “Twice As Tall” resonating with the British audience 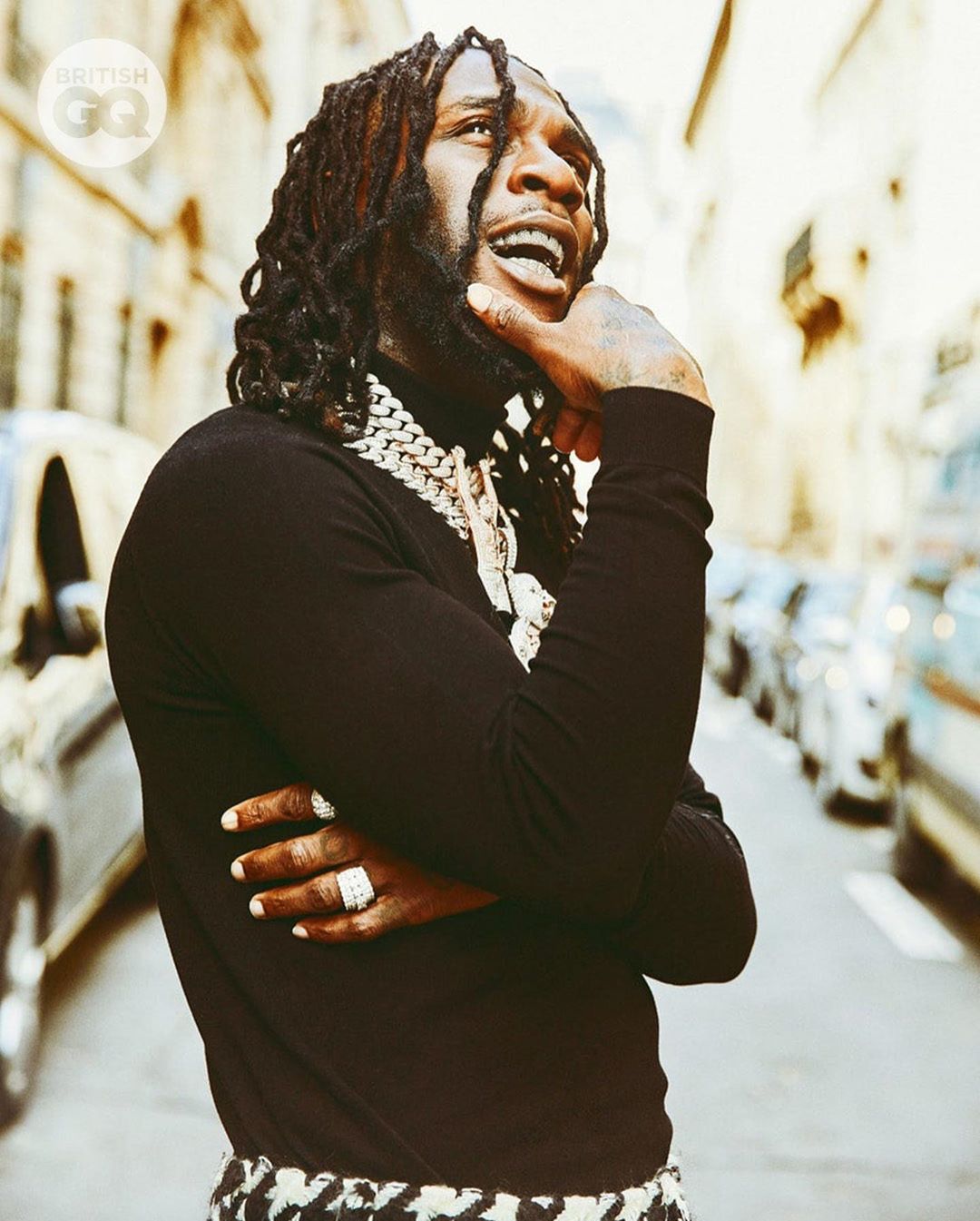 It’s because of uni culture. Before people such as Burna Boy and J Hus blew up, about seven years ago, DJs such as Stamina and DJ P Montana were throwing raves for 4,000, 5,000 people and all they were playing was Nigerian and Ghanaian music – straight up Afrobeats. The underground scene just kept on getting bigger and bigger and evolved into what it is now. I think it started way earlier than what people seem to think.

The vibe was amazing. We got in the studio, they hotboxed the room – I don’t even smoke, but it gets me intoxicated. I was like, ‘It’s the drugs,’ but it turned out to be way better than what we were originally doing. It was natural. Randy was on the keyboard, I was playing the bass and he was just vibing the melody for an hour. It was just us jamming.

He kind of just freestyled the song within an hour… Expect Burna Boy to be doing what Burna Boy does: educating and bringing the vibes at the same time. 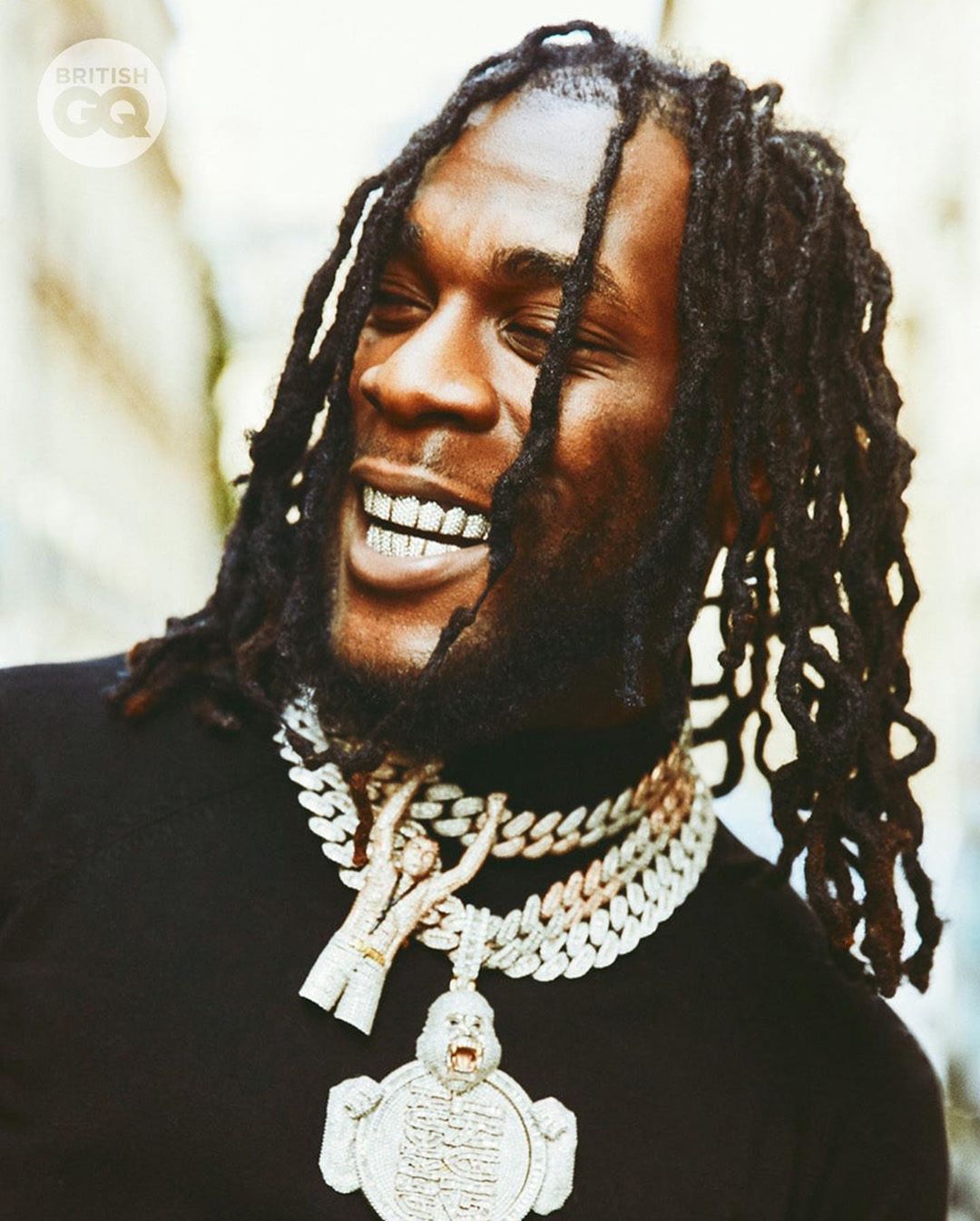 It is something that brings me so much joy to see because this is something that couldn’t have been accomplished in 20 or 30 years. It’s all fallen into place in this one year. It brings hope that we’re not hopeless people. Now is the time to rise up, teach and take our rightful place in the world.

That is one thing that really gives me a sense of happiness, pride and accomplishment. Seeing things like that motivates me to go on.

Read the full feature on www.gq-magazine.co.uk

Social Distancing in WAEC Halls across Nigeria has Everyone Shook