With his new album “Twice As Tall” on the way, Burna Boy is keeping fans, music lovers, as well as critics, on their toes, and now he’s working tall on the cover of NME magazine. The award-winning afrobeat singer speaks to the magazine about everything from his legacy, being an African Giant to creating irresistible music in the publications August 2020 issue. 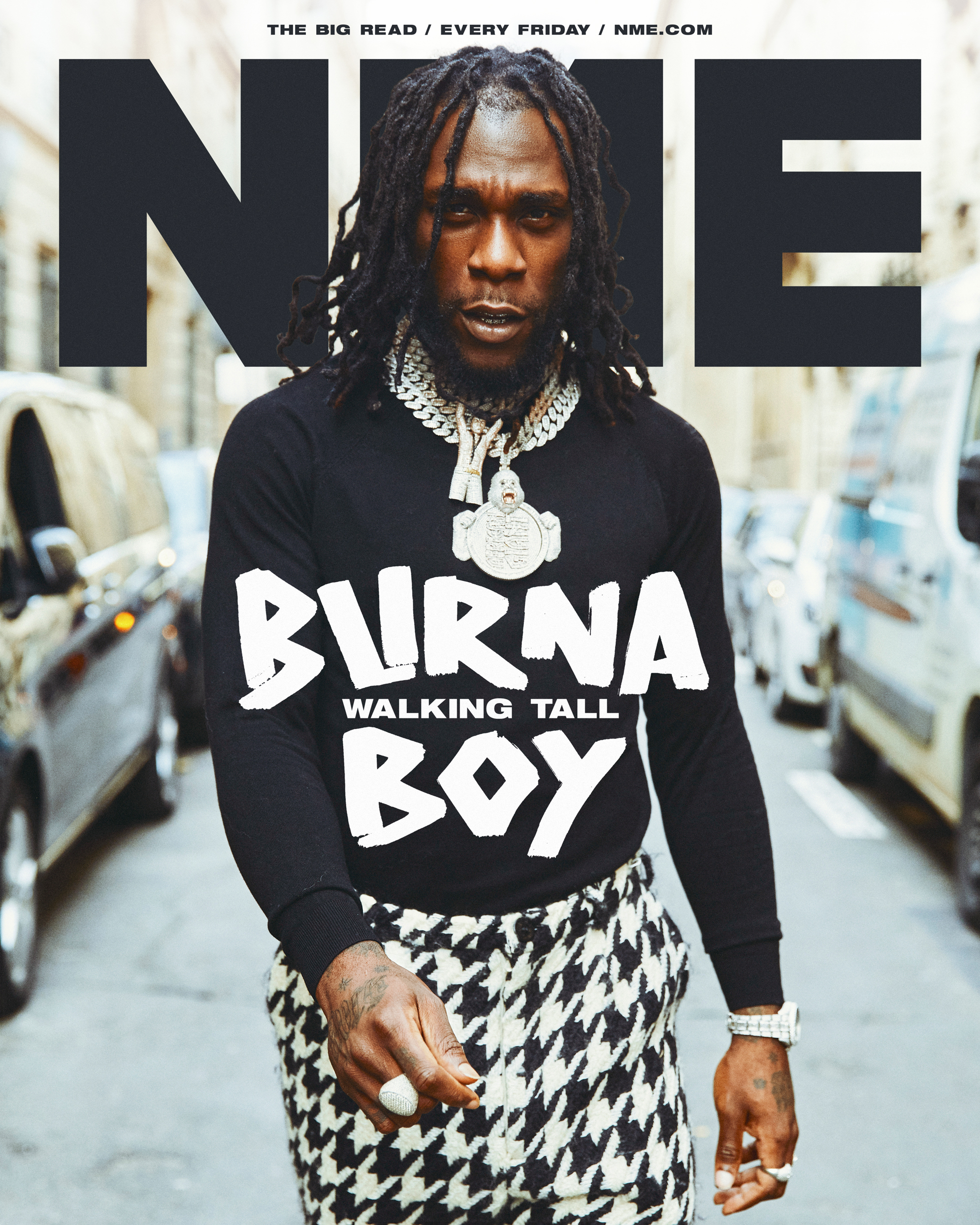 Read his recent interview with the New York Times.

Inside the magazine, he recaps his journey, speaking against the system of oppression in Africa, inspiring a revolution in Africa and more. He’s pictured on the cover and in the magazine in black and white rocking a sculptured diamond neckpiece in the likeness of Fela‘s iconic victory, and another custom made neckpiece with the inscription of “African Giant”-which is the name of his previous album- on the pendant.

For “Twice As Tall”, Burna brought in Sean ‘Diddy’ Combs as executive producer, and Combs, in turn, facilitated collaborations with the likes of Timbaland and Anderson Paak.

Read some excerpts from his cover feature below: 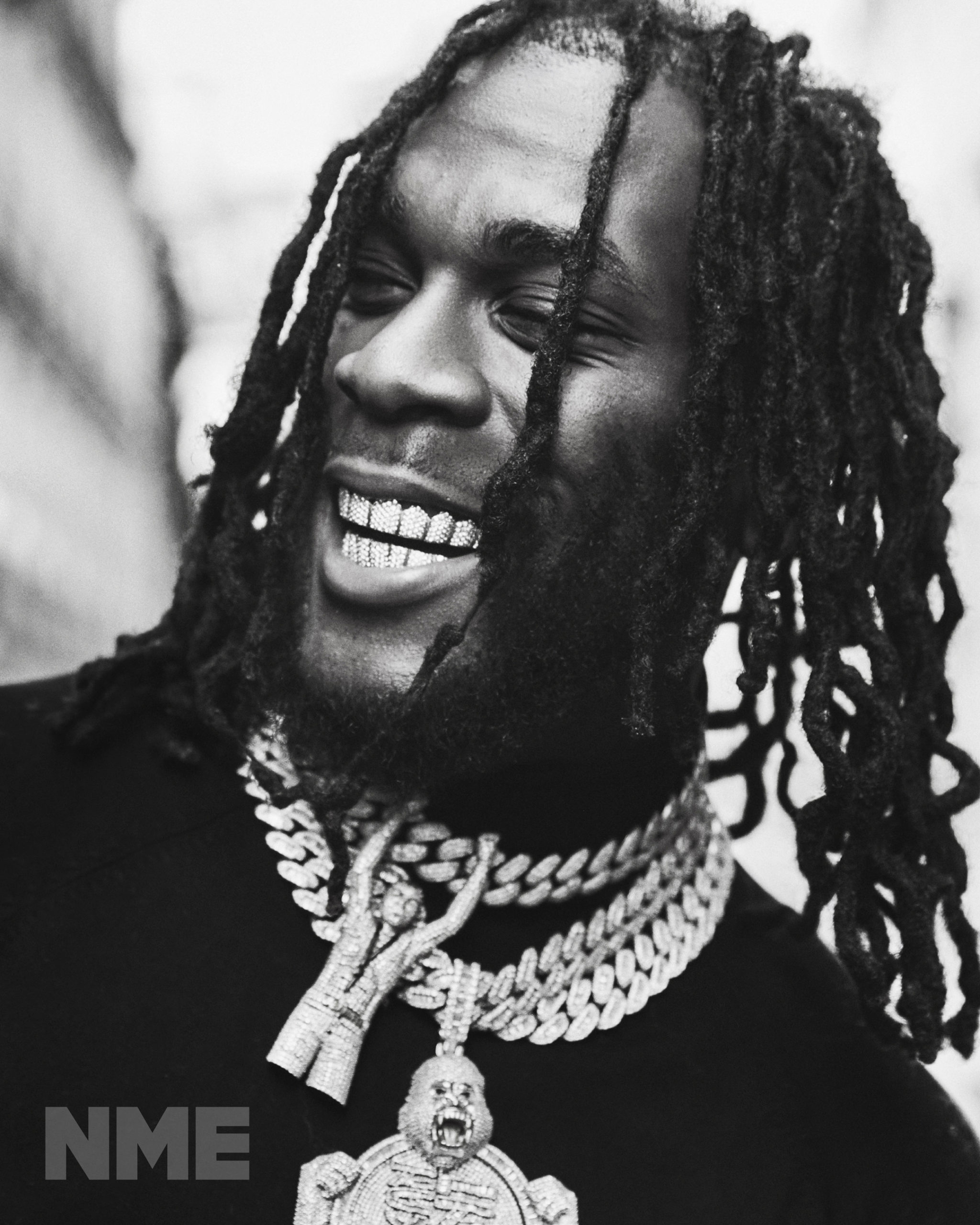 On the track “Monsters You Made” featuring Chris Martin of Coldplay

…There are so many situations where a fight needs to be had. A revolution is needed, and I want to inspire it. I’m painting a picture of what we already see every day, but maybe no one has painted the picture in an honest form before. I tried to do that with ‘Monsters’.

I had the two verses and an empty space for the hook, but in my mind, I was like: ‘Bro, if I don’t get Coldplay on this one then I’m just gonna release it with no hook’…

I don’t know the English words to put this in or the politically correct words to use for this, but he’s one of the only people that could bring that balance and still relate.

Is it, I suggest, something to do with contrasting the verses’ stinging critique of white Western imperialism with a hook sung by one of the biggest stars in mainstream white Western pop?

That’s the balance…He’s the only one that could have pulled that off. 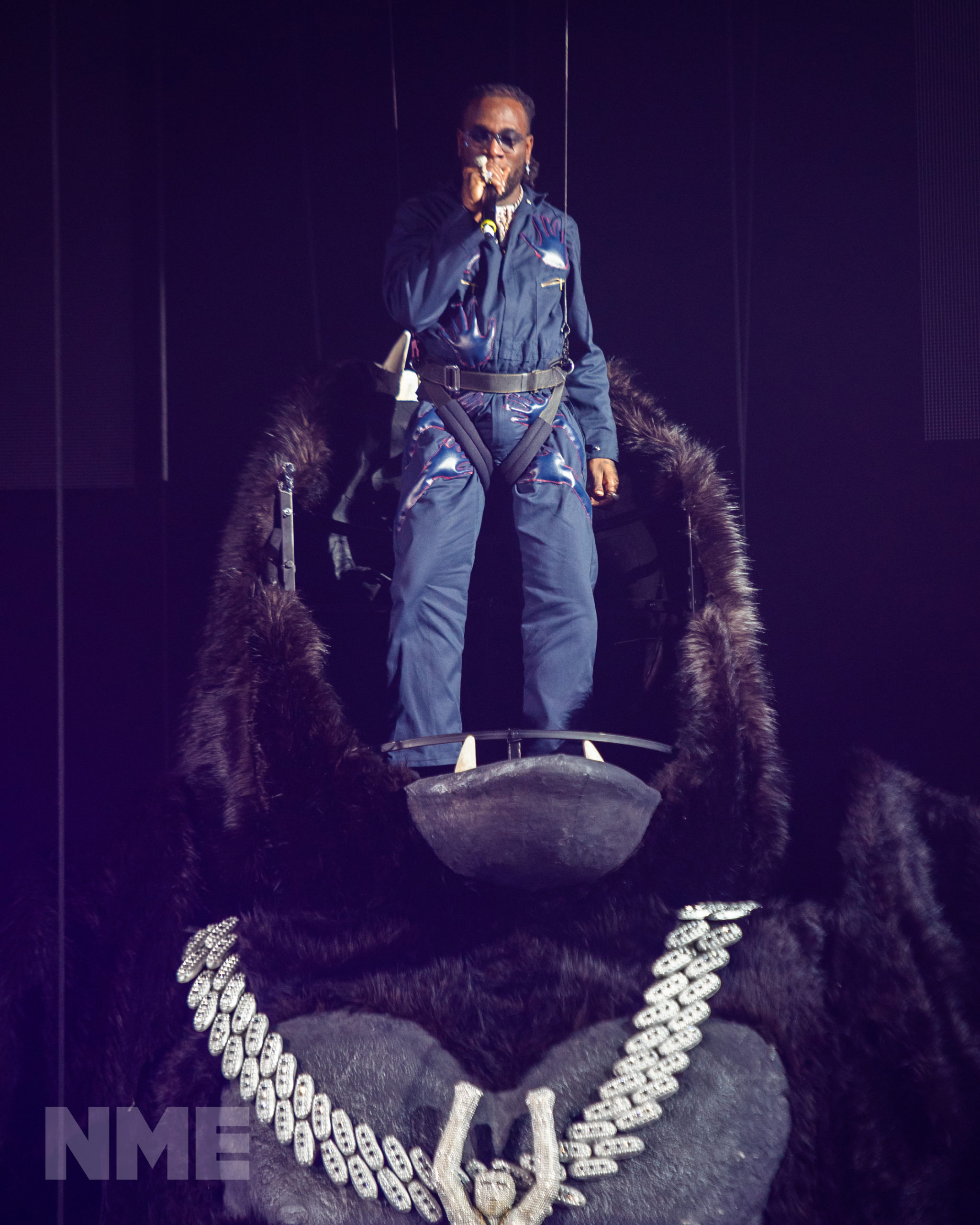 On the positive side, yes, it’s a good step. There’s a genre from Africa that is now accepted worldwide to the point where it can have its own chart in mainstream United Kingdom. At the same time, it’s something that has to be done carefully. You can’t start an Afrobeats chart and not come to Nigeria!

My only thing is, whoever is doing the Afrobeats chart in the UK should not even be in the UK. If you’re doing a grime chart, then you can be in the UK, but it’s not fair for the people who have really based their lives on this, who have really grown up on this. This is their culture. It’s a lot bigger than what the charts are presenting it as, but at the same time I’m still happy about it, I’m still thankful because it’s a step in the right direction.

On Fela Kuti being the Afrobeat originator

I keep on letting everybody know that Afrobeat was done by one person and one person only, which is Fela Kuti. The rest of what we hear today is Afropop, Afro-hip-hop, Afro-whatever – you know, Afro-fusion. They decided to use the word ‘Afrobeats’ to put it all under one umbrella, which is cool, but you have to make sure it gets to the people who really do this. Right now it’s coming across as some watered down thing that feels like a consolation prize. I don’t really believe in consolations. I believe in wins and losses. 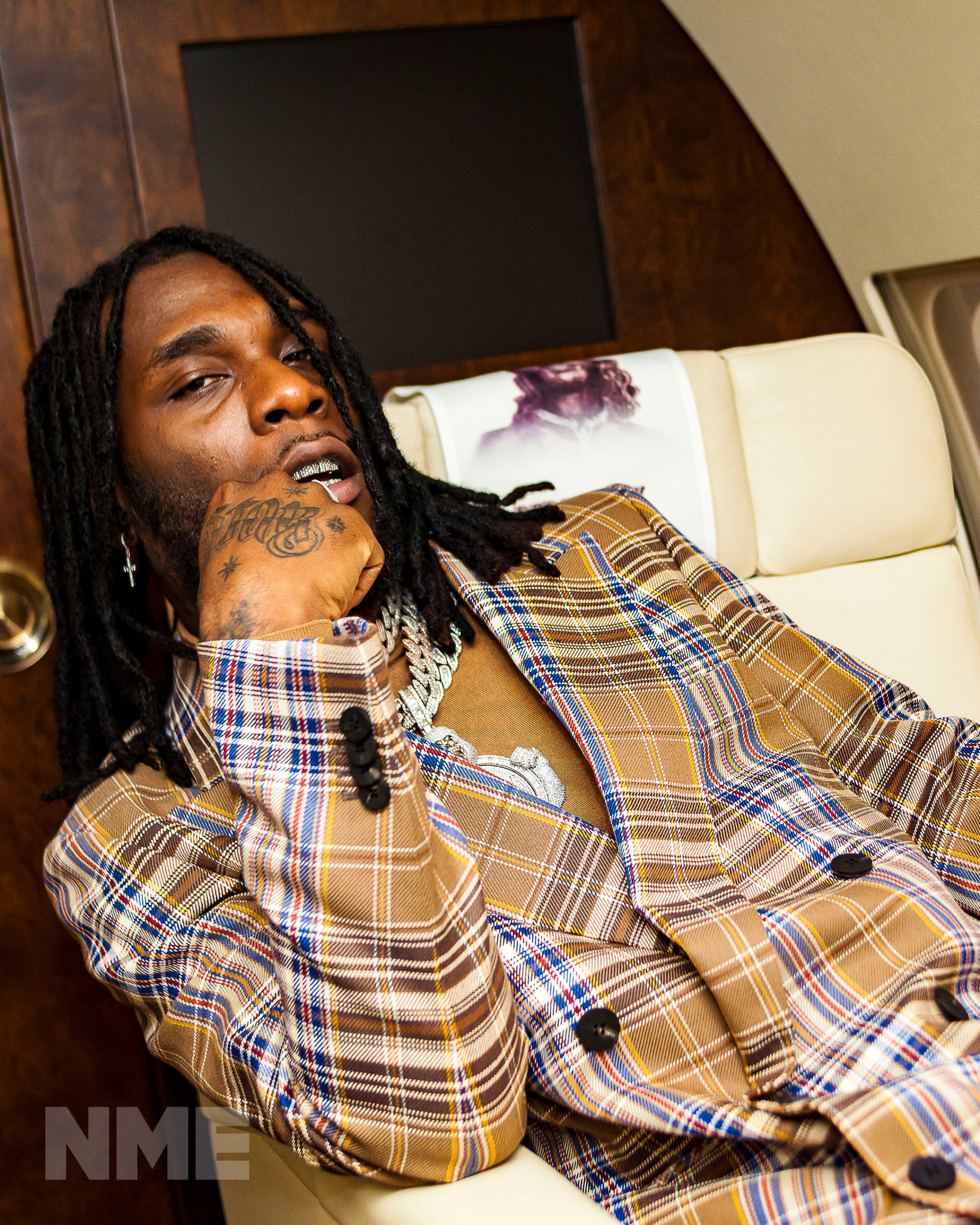 Adorable is One Way to Describe Ufuoma McDermott’s Little Princess ?