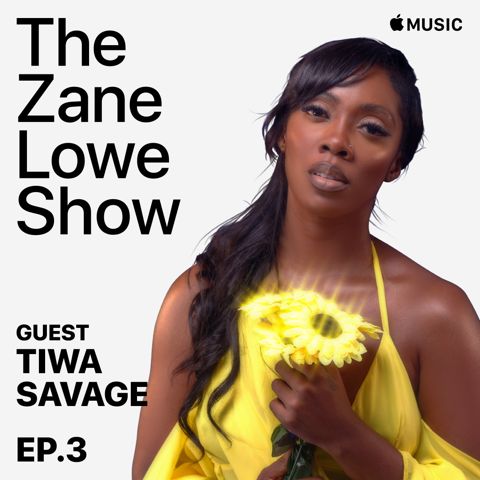 Tiwa Savage had a talk with Zane Lowe on Apple Music’s “The Zane Lowe Show” about her new song “Temptation” featuring Sam Smith. She tells Zane how the collaboration came to be, the growth of the Afrobeat genre, the music coming out of Africa and more.

On her collaboration with Sam Smith she said:

When I walked in, because we had a recording session with… We had nine rooms in a hotel and I had different pieces of writing, and I walked into this particular room and I heard this record, and I heard the chorus, and I was just like, “This song is so special.” I sat with it for days just trying to get the perfect topline.

And we did everything, and my label are like, “Which songs do you want to do a feature on?” And I said, “There is this one song that I hear an artist on,” and they were like, “Who is it?” I’m like, “I hear Sam Smith.” But I know that’s never going to happen. So, that’s it. We just walked away from it. I promise you, I wasn’t even thinking that anything was going to happen. Literally, I think maybe six months later, my manager calls me and my manager’s like, “Sam is going to do the record.” I said, “Sam who? What are you talking about?”

Even still, I was just like, no, this is impossible. Five days later, she calls me and she pulls a Khaled on me. She says, “The vocals are in.” I opened my email, I heard it, and I literally had goosebumps, because we don’t know how amazing Sam is.

I was like, Wow, this is incredible. And it just changed the whole face of the project. Do you know what I mean? Because this is really happening for afrobeat, not even just with Tiwa.

Telling Apple Music about the Afrobeat genre and the music coming out of Africa, she said:

I’m so grateful, not just for that record, but what this means for my genre and the movement that we’re pushing. I was having this conversation with my mom the other day, and I said to her, when she moved me to London, I was bullied so much for being African. I used to try and change my accent, and pretend like I wasn’t African. And it wasn’t cool.

And now being African is one of the coolest things, and Afrobeat is the fastest growing genre. And for me, it’s a blessing to live and witness both, to see how it went from not being cool, to being one of the most sought after genres. And not just that, the music is shining a different light on the continent. Africa, we have to rewrite our story. I think it’s been written in so many different ways. And so many people have the wrong impression of Africa. And now having huge legends like Beyoncé doing a movement such as Black is King, and shining just a different light on my continent, it’s just amazing.