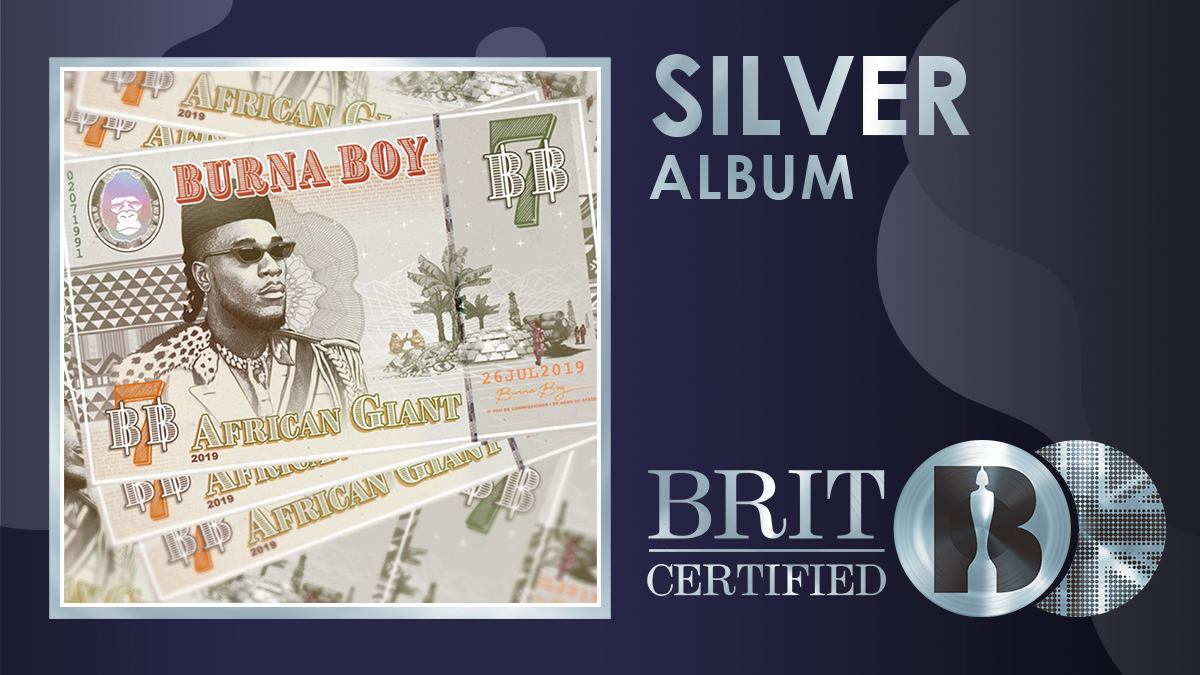 Burna Boy’s Grammy-nominated album “African Giant” has been certified Silver in the United Kingdom. This makes the music star the first Nigerian artist with a certified album in the UK.

According to BRIT Awards, a silver certification in the UK means an album has sold an album-equivalent of 60,000 copies.

“African Giant” was released on July 26, 2019, by Spaceship Entertainment, Atlantic Records and Warner Music. The album received amazing reviews, was included in the year-end lists issued by several publications, including Billboard, Complex and Pitchfork.

The 7th body of work won Album of the Year at the 2019 All Africa Music Awards and was nominated for Best World Music Album at the 62nd Annual Grammy Awards.

#TWICEASTALL ?. Thank you to everyone that continue to support and listen to the music ?? https://t.co/fl8dzeGIw3

Also, Stormzy‘s single “Own It” featuring Burna Boy and Ed Sheeran has a two-time platinum certification for selling 600,000 copies.