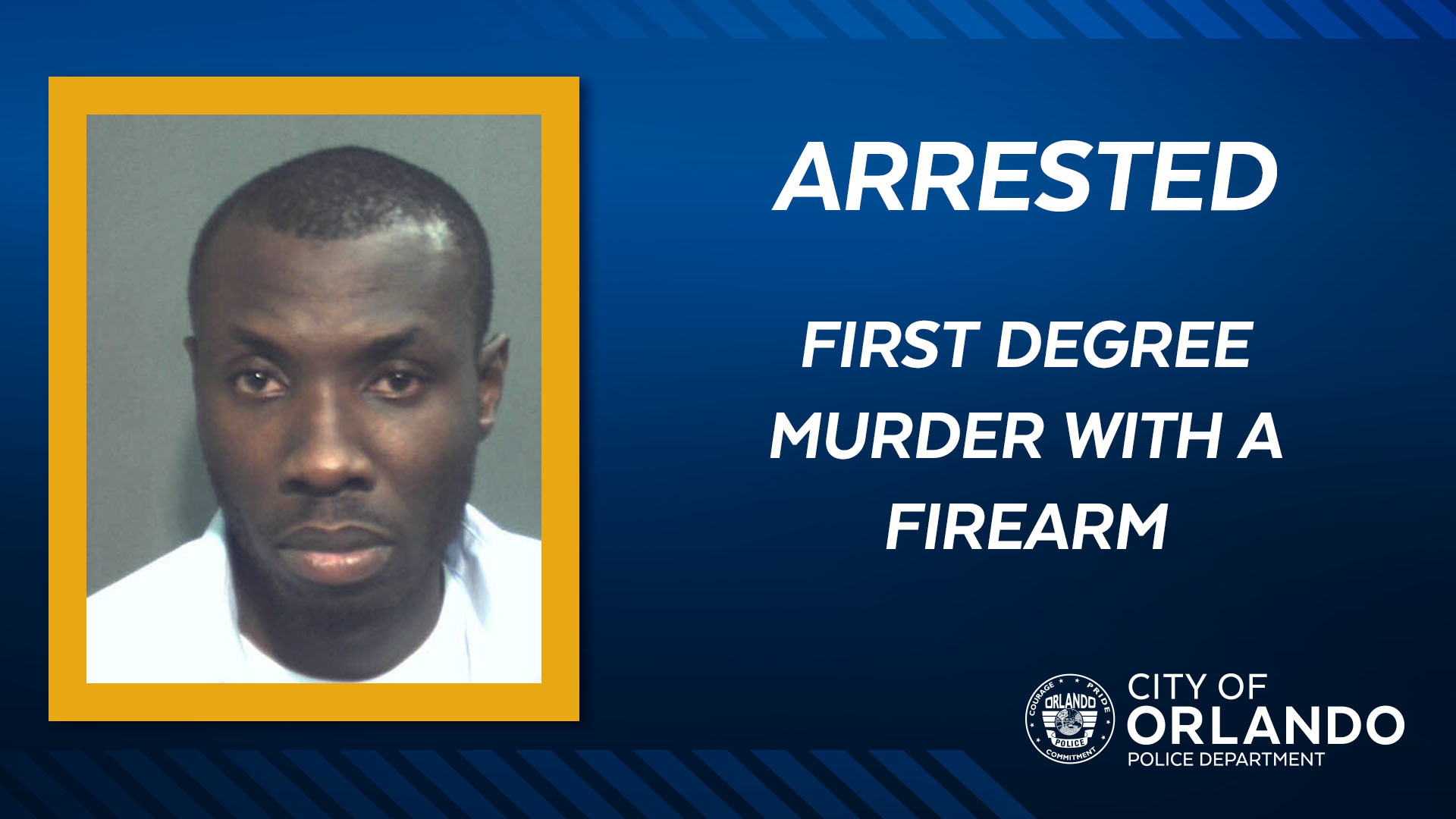 A US-based Ghanaian pastor, Sylvester Ofori, has been arrested after allegedly shooting his wife, Barbara Tommey. She got shot several times near the business’ front doors on the 4600 block of Gardens Park Boulevard just before 9 AM, according to the Orlando police.

She was an employee of the Navy Federal Credit Union.

The couple who tied the knot in 2015 were going through a divorce, but according to the police, no records documenting their divorce could be found. Court records also show that in 2016, Sylvester was arrested for resisting an officer who responded to an argument between the two.

Days before the recent incident, Barbara paid a visit to her former matrimonial home, alongside her brother and sister-in-law to pick up some important documents. In a video making the rounds on YouTube, Sylvester engaged in an altercation with Barbara’s older brother, Kweku Perry. This said fight ensued after he assaulted Barbara. Upon exiting the house, Sylvester said: “If I don’t kill your sister, then I’m a fake”.

With so much fury and hostility in his heart, Ofori decided to shoot Barbara twice in the back to end her life.

He is currently in the police custody on the charge of first-degree murder.

UPDATE: Detectives have arrested Sylvester Ofori, 35, in the murder of his 27-year-old wife on September 8. She was shot outside the Navy Federal Credit Union branch where she worked. pic.twitter.com/F1u4GsrjKH

In a court appearance on Wednesday, September 9, 2020, prosecutors told a judge that Barbara’s killing was caught on surveillance video. “Video surveillance, which shows Mr Ofori not only shoot his wife but then stand over her body and put additional rounds into her head,” a prosecutor noted in court, according to WESH 2 News.

Detective Matthew Rogers told the Orlando Sentinel that the couple had been living separately for months but further details about their relationship are still being investigated.

After the shooting, the police went to an apartment building on Raleigh Street where Sylvester and Barbara had at one point lived together. Investigators said they brought the SWAT team and eventually found him.

We had a good feeling he was going to be in there. We don’t believe there was any risk to the public or immediate danger to the public. The background story and previous dealings with them, be it through our calls for service should there have been any or any previous incidents between them will be identified at a later time.

Someone committed a heinous act of violence towards a loved one and there’s no excuse for that.

Detectives give a live briefing on the capture of the suspect in the murder of his wife outside a local credit union branch where she worked, September 8. https://t.co/BhHFhVtjxO

A day before the shooting, Ofori also posted a cryptic message on Facebook about the “extreme” side of “loving people.”