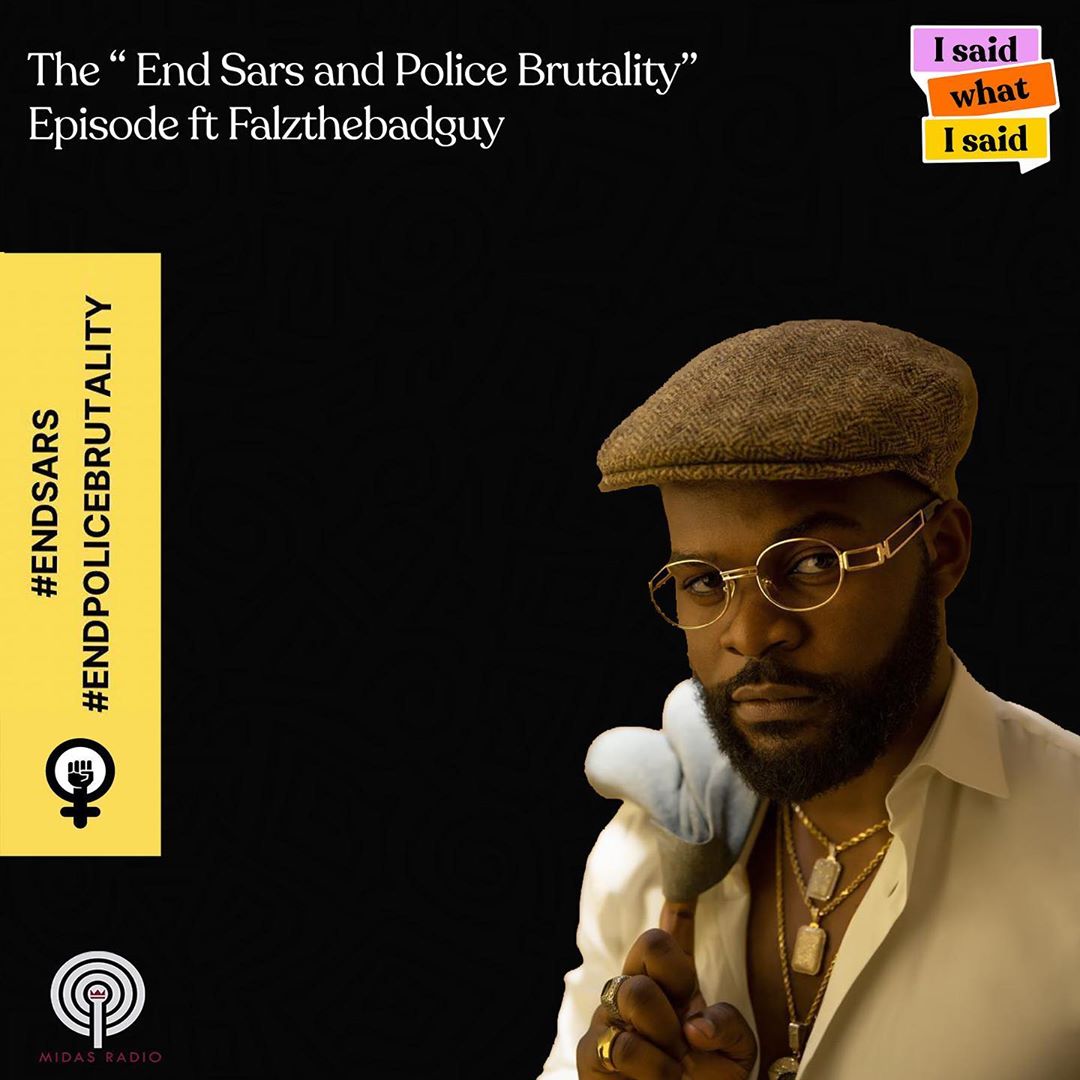 By Feyikemi Abudu and Jola Ayeye, the “I Said What I Said” is a humour-laden socio-cultural commentary podcast.

Over the last few days, series of protests have been happening across the Nigerian and the world, against the extrajudicial brutality of the Nigerian police, particularly the “Special Anti Robbery Squad”, a unit who have used their state-sanctioned powers to kidnap, abuse, sexually assault, rob and harass Nigerians for many years with no consequences. No more.

In this special episode, we speak to Folarin Falana aka Falz, a rapper (and lawyer) who has a passion for social justice issues.

It was a pretty emotional episode but as usual, we let these jokes fly. You will notice that FK is not as prominent in the episode and that’s because while we were recording she was lobbying for the release of wrongly arrested protestors, raising and sending money and medical supplies to protesters across the country, a true queen.

Please make sure you play a part in supporting. From social media amplification to donating, to physically protesting. This is a once in a generation opportunity to do the right thing. Do the right thing.

Listen and enjoy (and learn!):