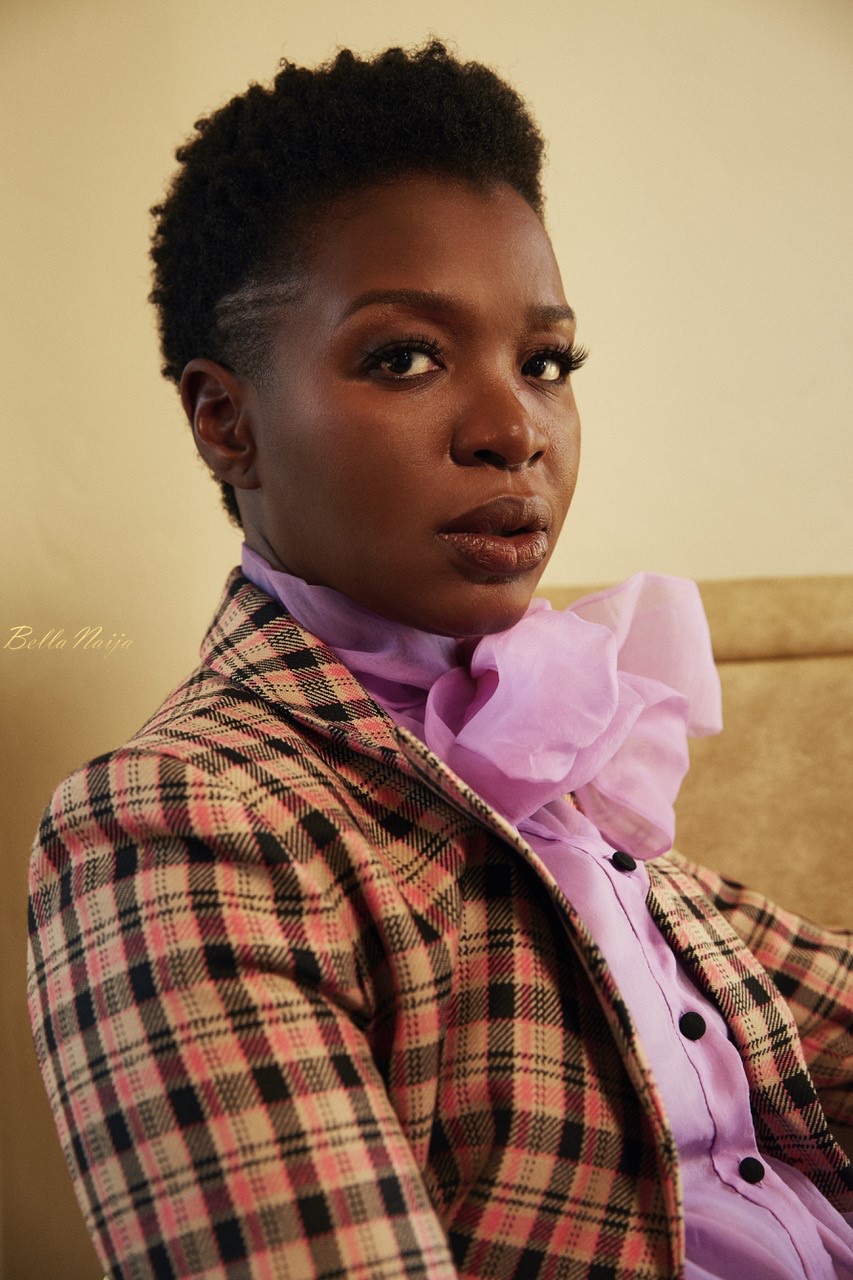 In this chat with BellaNaija, Folake talks about her character, her experience as a Nigerian in the diaspora, upcoming projects, some of the challenges faced by women of colour in Hollywood, and the Nigerian songs she loves.

The star actress was born in Lagos, Nigeria and in 2001, on her 18th birthday, moved to the United States, where her big plans of becoming an actress came to fruition.

“It wasn’t a hard transition for me,” she tells us about her experience adapting to American culture. “I didn’t experience many moments of culture shock. Except for this one time when I was in school and saw an adult and a kid get into an argument. I was shocked by that. That’s not something you often see in Nigeria. “

But did the pronunciation of her name, “Folake Olowofoyeku,” bother her in any way? She says: “That didn’t bother me. I just tried to make an extra effort every time I introduce myself. But, it’s expected that if you have a name that one isn’t used to pronouncing, they won’t get it right the first few times. I’ve always tried to be patient.”

Folake, the youngest of 20 children, always dreamt of being in the arts, but her parents, Babatunji and Felicia Olowofoyeku insisted on the family profession of law and politics. She decided to take the bull by the horns and without any further delay. Her family never understood it; they tried really hard. They tried pretty much everything to dissuade her. They weren’t supportive, especially when she was still in Nigeria. But when she moved to America, she began to pursue her goal by earning a B.A. with honours in theatre at the City College of New York.

“I wasn’t honest for the first couple of years.” She started with economics and was supposed to go to law school afterwards. Towards the end of the first or second semester, she decided to do a minor in theatre. She tells us how she eventually told her mum about her big decision about studying theatre. She used to come to see me play. I’ll do the show, then she’ll go back and tell my dad. She would also come to some of my shows, and she had to go back home and reenact it for my dad. “

“Bob Hearts Abisola” is the story of a hosier, Bob Wheeler, who, unfortunately, suffered a heart attack. He’s being cared for by a Nigerian nurse, Abishola, and on waking up, she’s the first person he sees.

The story picks up from there. 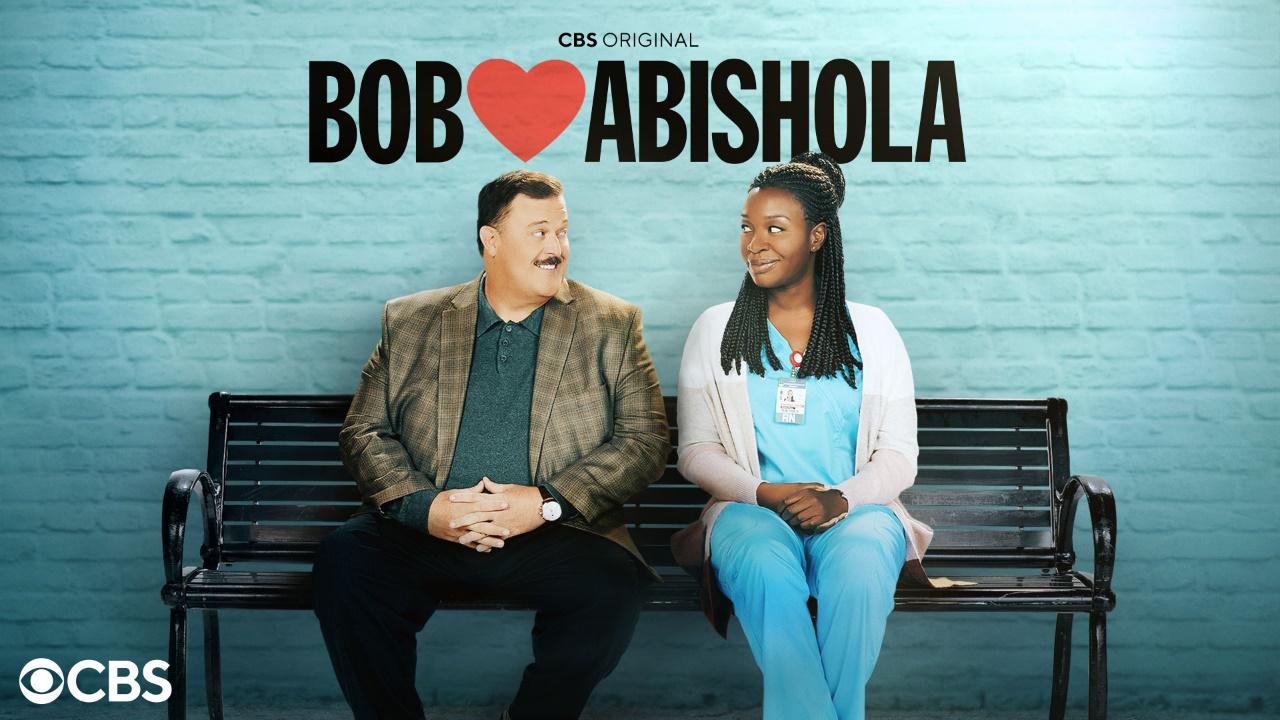 Folake Olowofoyeku stars in the sitcom “Bob Hearts Abishola” which returned for a second season on November 16.

In season two, Bob proposes to Abishola. “I don’t want to spoil it, but it’s an interesting proposal,” she says. It’s a very unexpected story of people from two different cultures meeting in America and falling in love with one another. And then exploring the differences in culture and how to love, at the end of the day, keeps them together.

She enjoys every aspect of her role as Abishola and her time with the production team. Abishola reminds Folake of her mum, aunties, and headmistresses. She has a lot of respect for Abishola. She describes Abishola as “a very strong, tenacious woman who, against all odds, survived.” She’s very much a lover but has found ways to kind of override that. But you see, as she starts to open up to Bob, she’s funny, loving, a caregiver.

Being Abishola does not come with any challenges, but if she has to mention any, it is “finding the balance between sounding authentically Nigerian and also creating space for the American demographic.”

Speaking about how the show reflects her experience as a Nigerian in the diaspora, she says, “Abishola represents some of my experiences, and sometimes Dele’s (Abishola’s son) experiences kind of reflect mine. For example, Dele wants to be a dancer, and Abishola is opposed to that, the same way I wanted to be an actor. There are a lot of similarities. “

When Folake is not acting, she sings, plays the guitar, piano, or DJ-ing. She recently released her first single, “Happy, Happy (Money Dun Come)“. She’s also the voice behind the Priestess in the video game “Vader Immortal: A Star Wars VR Series – Episode 1.“ 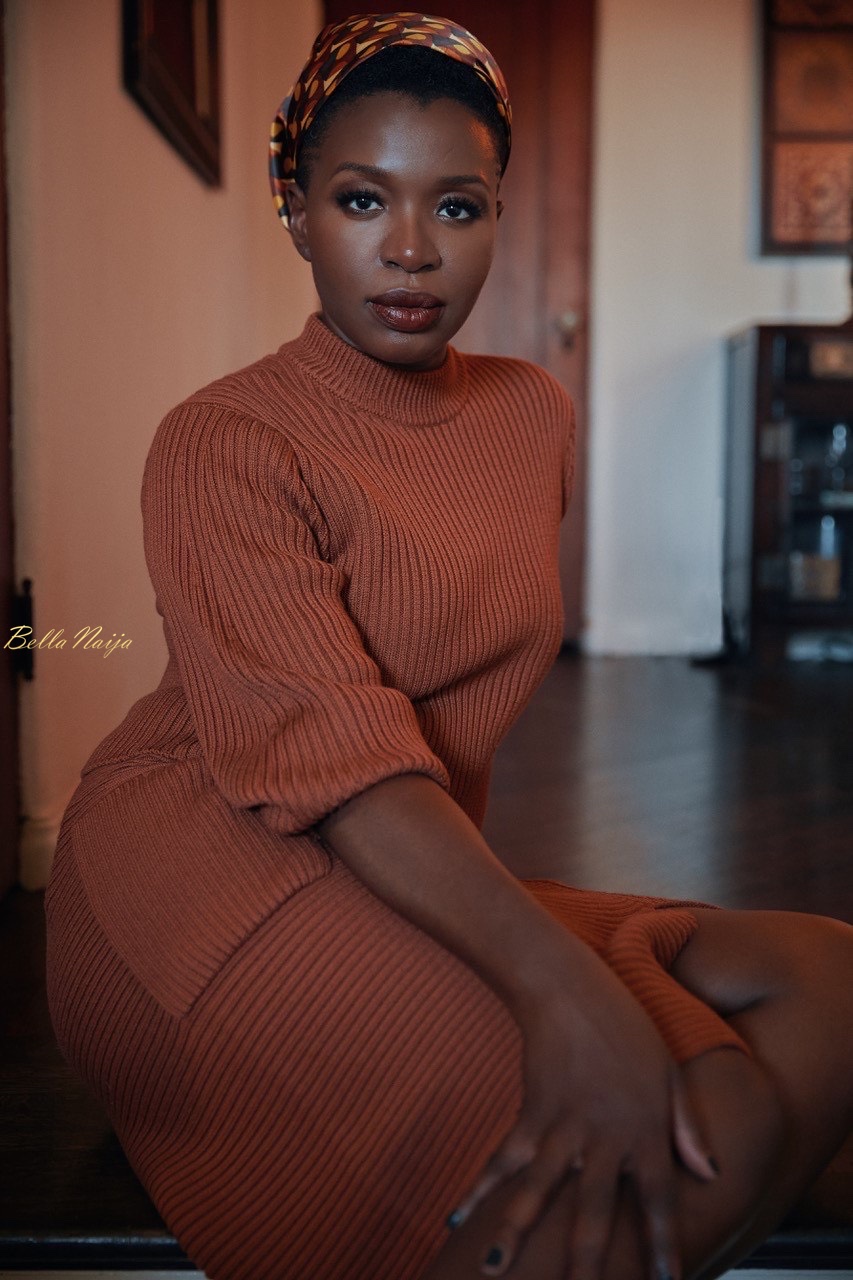 Just before the CBS sitcom, her feature film “When They Could Fly“ earned her the Best Actress award at the prestigious ReelHeART International Film Festival in Toronto. She also won Best Actress in a Fashion Film at the CinéFashion Film Awards for “Central & Broadway.” Folake is grateful for what she describes as “very encouraging, a good nudge, a good pat on the back, and a sign that I was on the right path to keep ongoing.”

“It was very encouraging because I was coming from a place where no one really understood what I wanted to do and why I wanted to do it. And I didn’t have examples within my immediate circle, “she adds. “If there are any lessons viewers can take away from the sitcom, Folake says it would be: “No matter the perceived cultural differences, we, at the end of the day, want to make a change. We want to be loved; we want shelter; we want to care for those that matter to us. Love, above all else, is the most important thing. “

Folake says the challenges faced by women of colour, especially from Africa, who have broken into mainstream Hollywood are “finding where you fit because you’re not American, you’re not completely Nigerian anymore. It’s just finding the space where you fit in. One of the first things I had to learn was to be able to build my accent, and I’m still working on my American accent. “

“Finding a tribe that believes in you and that loves you for whom you are, I think that’s going to be the hardest thing. You are also living through so many different experiences. You live in the immigrant experience, in the personal colour experience in America, within the industry, and you’re giving a woman’s experience within the industry. And so you’re dealing with all those very specific issues that come along with that, ” she continues. 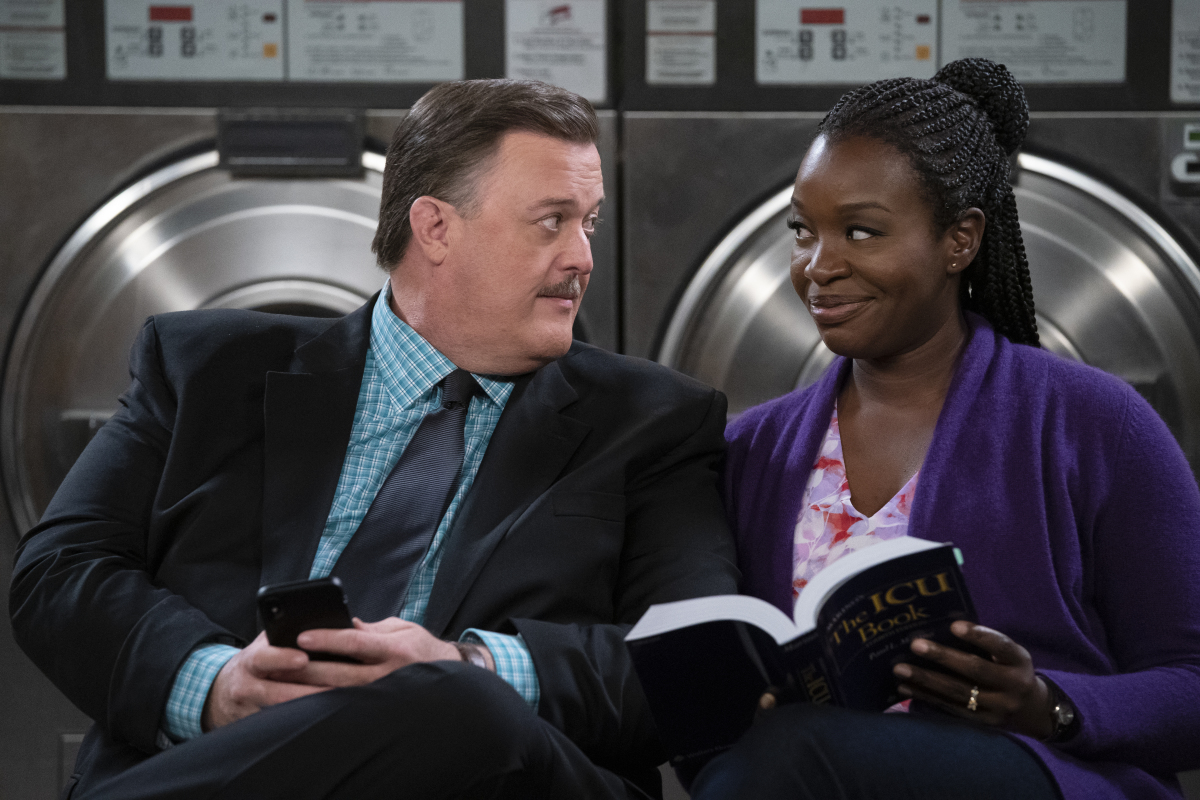 For the sake of Bob’s health, Bob and Abishola try reducing stress by taking a day off together. Also, Christina is boss for the day at MaxDot, and Gloria steps in to care for Dottie, on BOB HEARTS ABISHOLA, Monday, Dec. 7 (8:30-9:00 PM, ET/PT) on the CBS Television Network. Pictured (L-R): Billy Gardell as Bob and Folake Olowofoyeku as Abishola. Photo credit: Michael Yarish/2020 Warner Bros. Entertainment Inc. All Rights Reserved.

Folake still has plans to do something in Nigeria soon: work on her music and create an opportunity for Nigerian creatives: “I’m always in Nigeria as much as possible.” I’m starting a production company in Nigeria, and I’m going to be working on music. I’m really excited about that. We’ve been talking to writers and musicians, creating an opportunity for Nigerians to have multiple streams of revenue, “she says.

The Nigerian act Folake just can’t get enough of is Kizz Daniel. Folake says she listens to and enjoys everything by Kizz Daniel.

You can watch Bob Hearts Abishola on CBS.