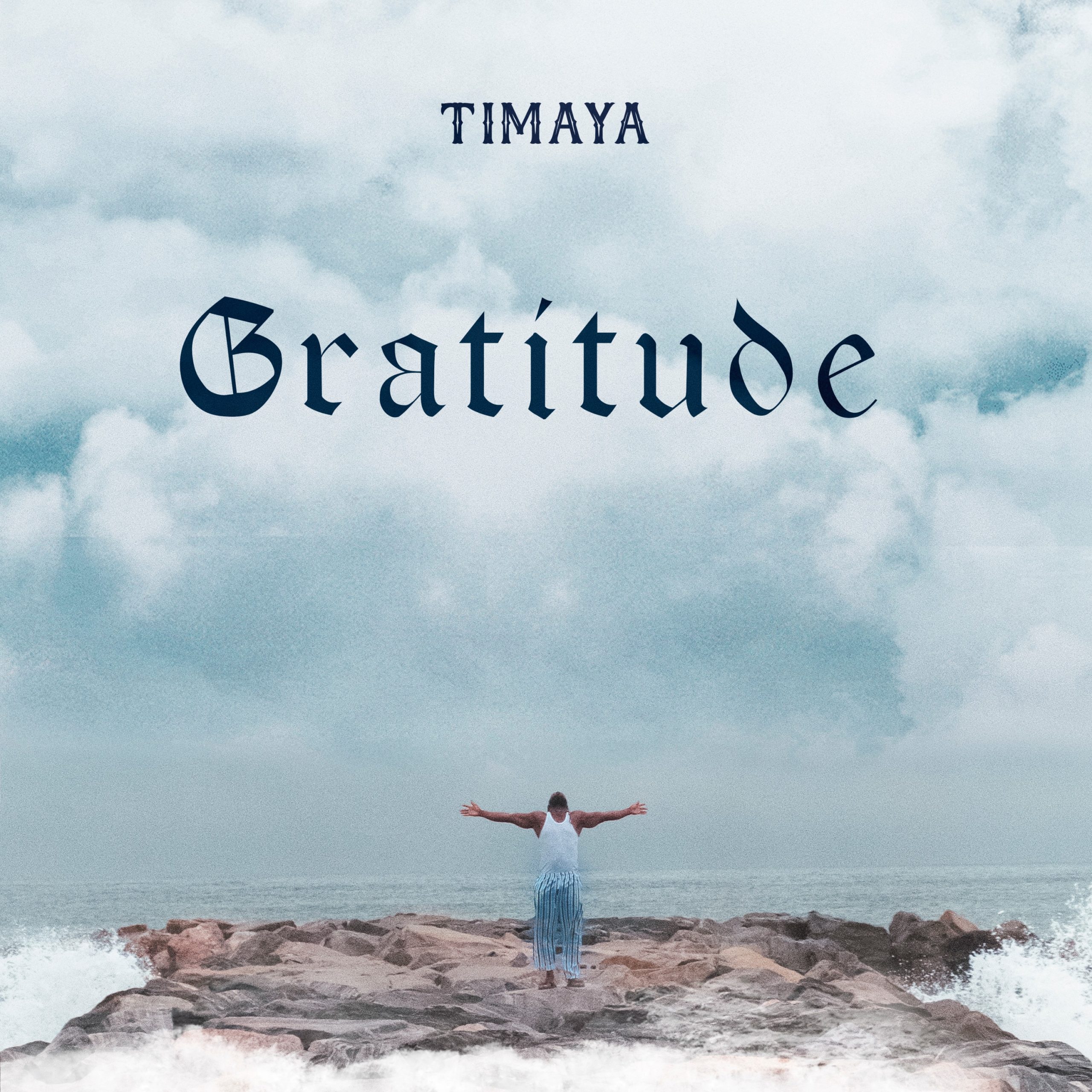 Dancehall singer Timaya has put out his unique body of work titled “Gratitude“, a 15-track piece with zero guest features.

With hit songs like “I Can’t Kill Myself“, “The Mood“, “Born to Win” and the recently released “Gra Gra“, Timaya’s 7th studio album is a certified pop-culture staple on arrival. 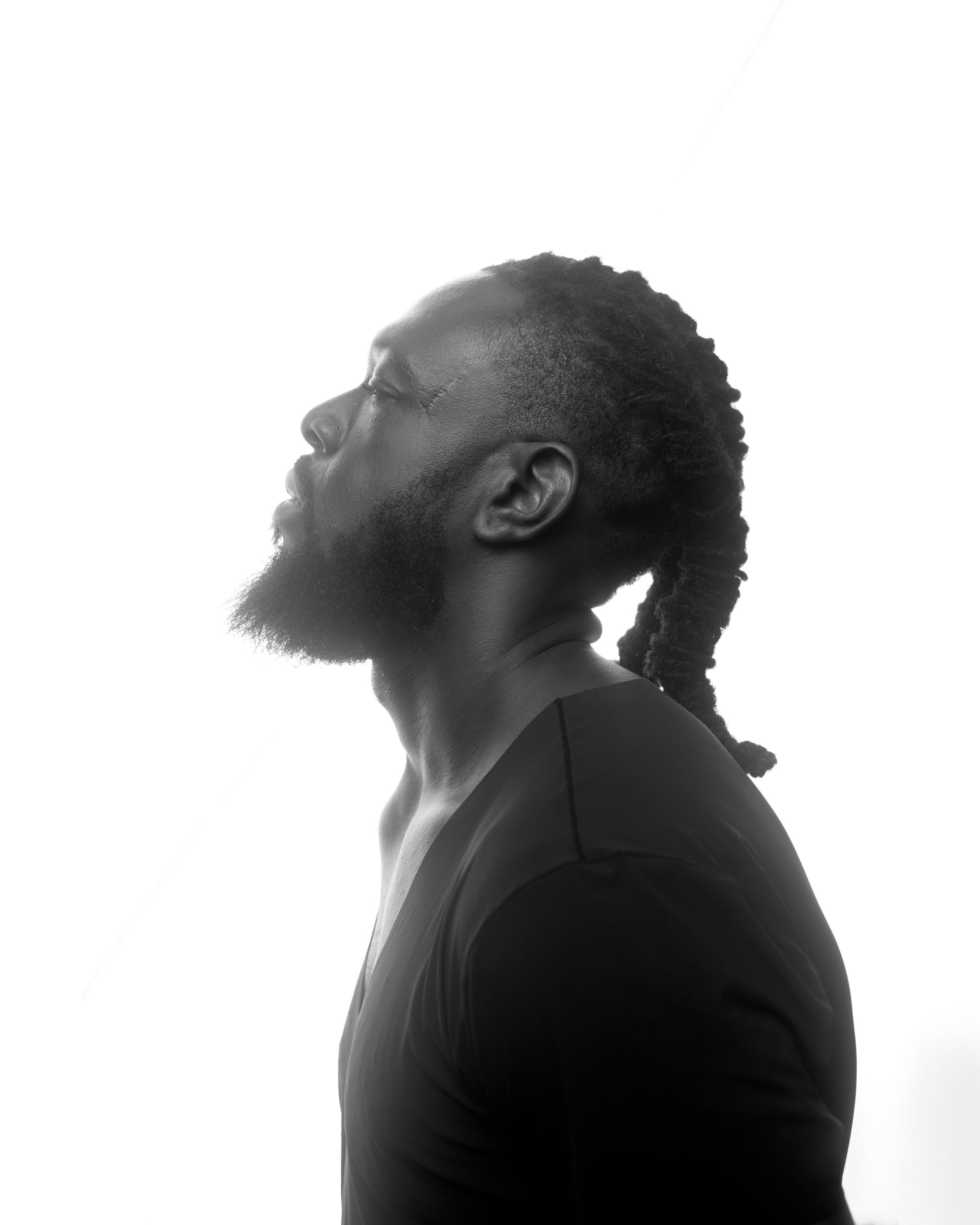 The album opens up with “Born to Win”, a gentle jive before picking up a slightly higher tempo on “Iberibe“. Reality meets exotic ragga and afrobeat on “Don Dada“ and “Something Must Kill A Man” as Timaya touches on topics like discipline, priorities, karma, and more. He expresses his limitless nature on “No Limits” after which he switches into a zone full of positive vibes with “The Mood” and “Chulo Bother Nobody“. “Okaka” is the thematic anchor of the Gratitude album. “Gra Gra” reaffirms his easy and zen way of life while “Local and Bougie” presents the multiplatinum-selling artiste at his most goofy. 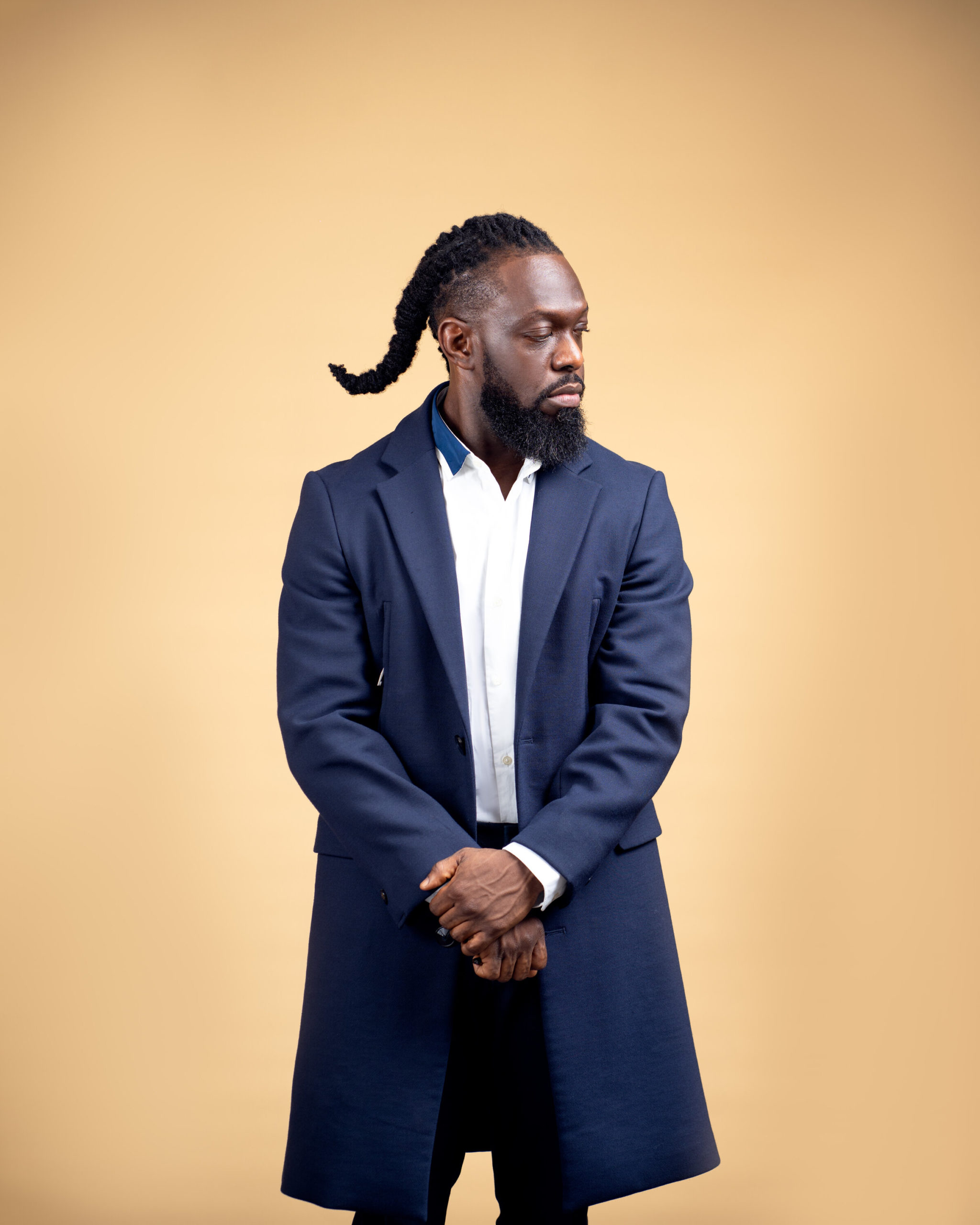 On “Ebiola Papa“, Timaya recounts a delicate period of his life while reiterating his total submission to God. He darts off to the romantic lane on “L.O.V.E” before employing a track called “The Light” to put Nigeria’s burning issues in perspective. “I Can’t Kill Myself” maintains its stance as a global lazy anthem and “Buru” brings things to an inspirational halt. 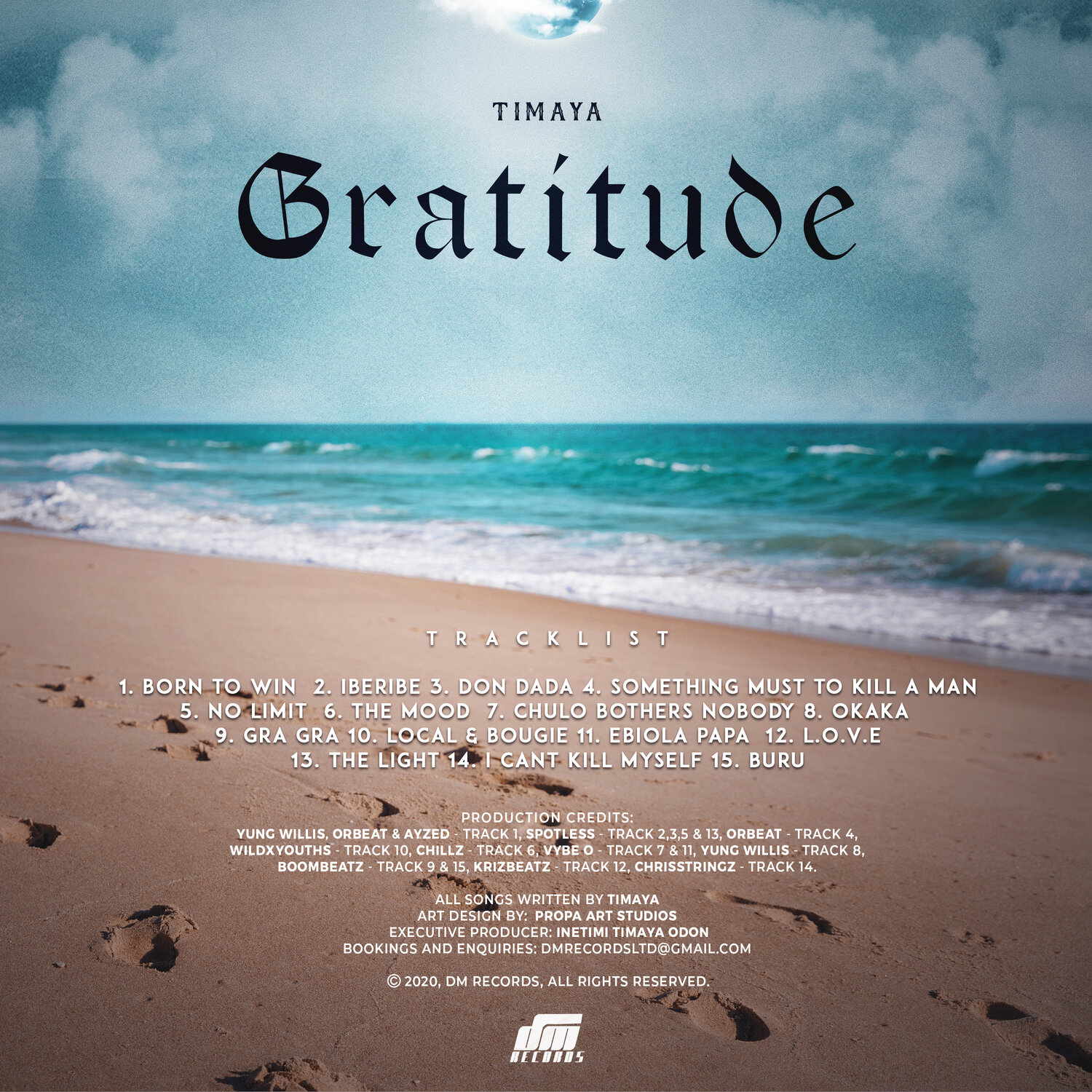