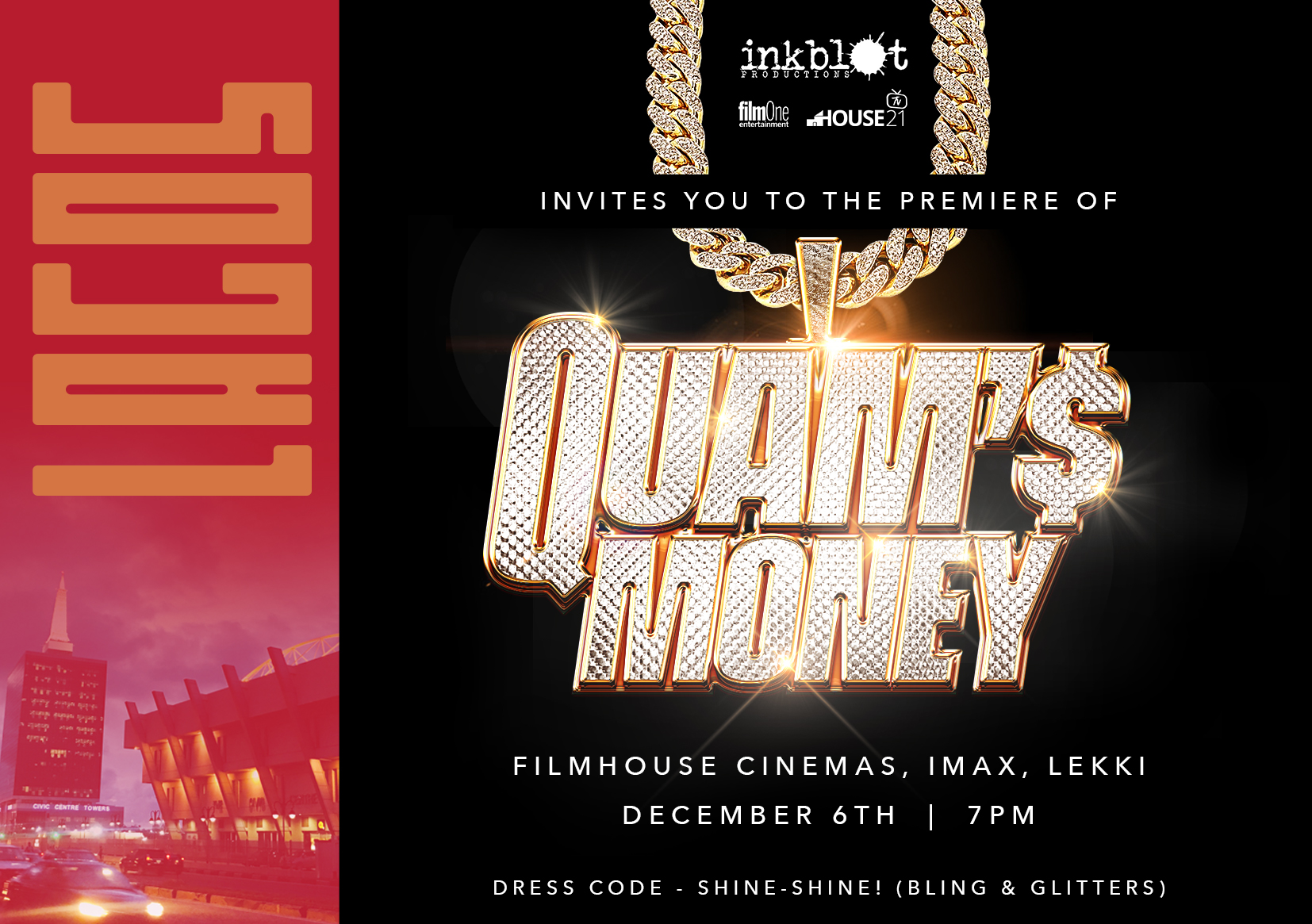 The star-studded premiere of the much talked about blockbuster, ‘Quam’s Money,’ is set to take place on December 6th, 2020 at 4 different locations around Nigeria at the same time.

‘Quam’s Money’ is an action-comedy which follows the character of Quam aka Sweet Boy Q, a security-guard-turned-millionaire, who does everything to get his money back after losing N500 million to a group of fraudsters in a phoney business deal. It is the sequel to the 2018 hit movie ‘New Money,’ and sees Falz reprise his role from the first movie, this time as the lead character. It is directed by Kayode Kasum (Sugar Rush) and written by Chinaza Onuzo (Up North)

‘Quam’s Money’ will be available for public viewing in cinemas across Nigeria from December 11th, 2020.