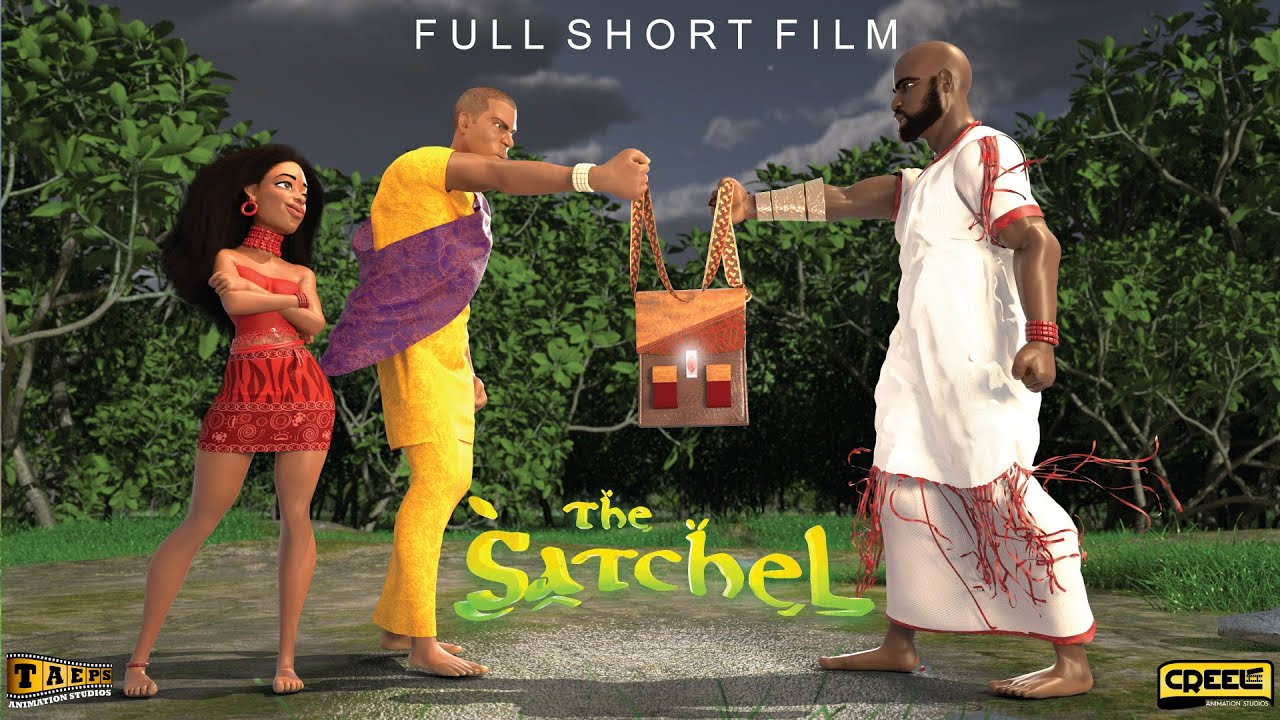 This exciting 3D animated short film “The Satchel” directed and produced by multi-faceted creative dynamo, Nissi Ogulu, is based on the Yoruba mythology of earth’s creation. This story dates back thousands and features revered Yoruba deities, Obatala and Oduduwa, (sons of Olodumare, the supreme being), who battle for the power to create earth as we now know it using an “all-powerful Satchel”.

According to Nissi Ogulu,

With ‘The Satchel’, we want to start telling authentic African stories to ensure that our magnificent culture is preserved and that we portray the beauty of African culture, lifestyle and music in the concept, character designs, scenes, visual screenplay, art and music direction. This film is one rich with African themes, suitable for all age groups, is relatable and draws a strong connection to home.

Many of us in my generation grew up consuming a lot of foreign pictures, we weren’t privileged to watch content made up from characters of African descent and this vacuum is what we’re trying to fill starting with our debut project.

“The story centres on what happens to “The Satchel” from the moment it is presented to Obatala (keep your eyes peeled) to how it ends up with Oduduwa. The passion and power of each deity come out in their actions, behaviour to one another and for what the satchel can do,” says the writer, Jimi Oremule.

Staying true to the Creele Animation Studios’ culture of infusing the music with art, Nissi Ogulu brings to life the sophisticated 3D animated motion pictures through her music by lacing the film with two beautifully written songs titled “Adupe” & “Wonderful”, both of which are set to be fan favourites.