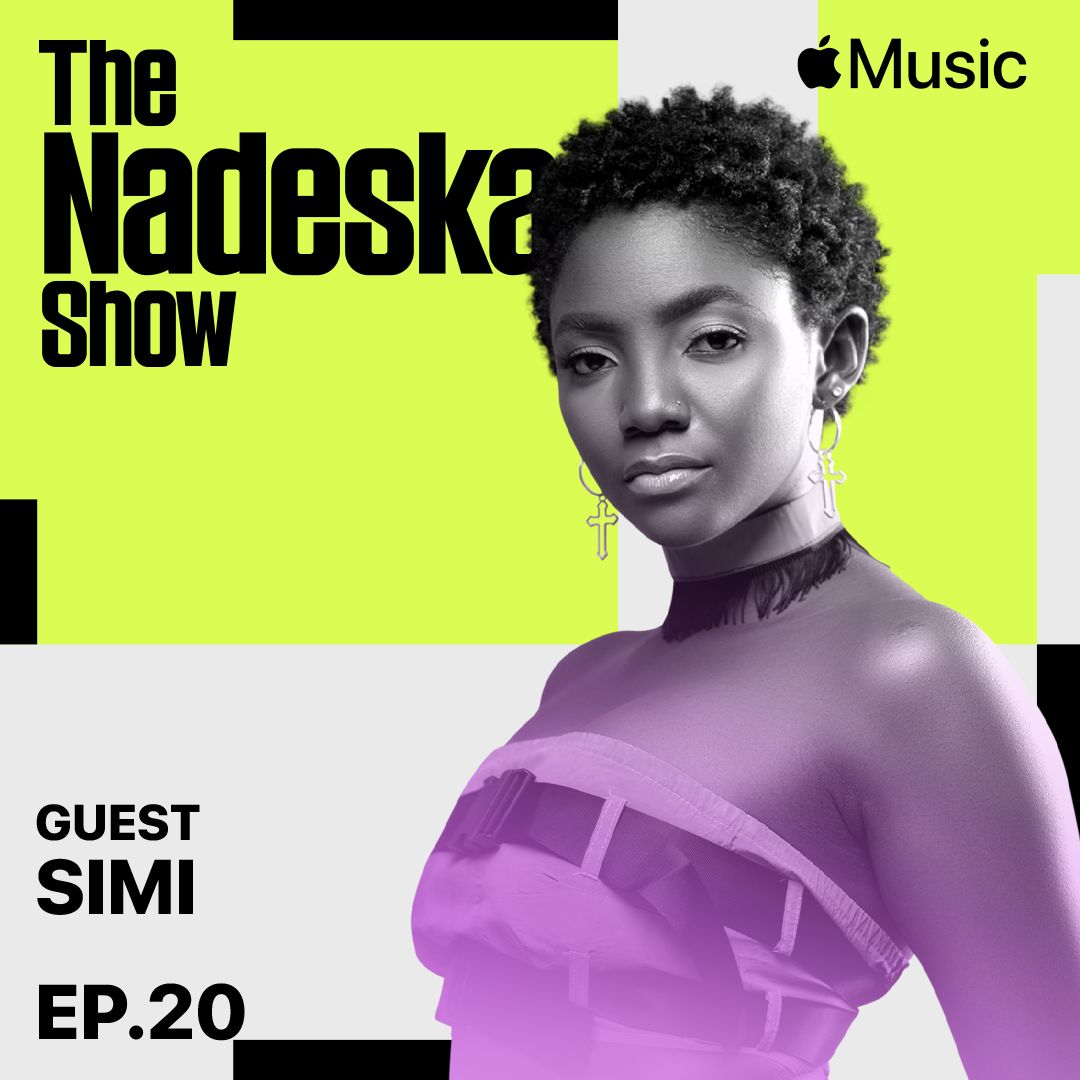 Singer-songwriter Simi joins Nadeska on Apple Music 1’s “The Nadeska Show” to discuss her latest project “Restless II” and how the timing was right for the release. She also talks about working with her husband Adekunle Gold and how her sound has evolved.

On why it was a great time for “Restless II”:

I think because of the energy that I feel right before I put out any Restless project. Like the first song was because I was literally restless. I hadn’t, you know, gotten signed to my record label. So, I had all this energy and all this music, and I just wanted my birth. You know, so I was feeling restless literally. And, this time around, I was restless about the next phase, you know, what to do next.

You know, ’cause, you know, you already done some things, you already know the things you’re capable of, and you have a certain comfort zone. So, I was gonna step out. And, it’s just the energy that I was feeling, I felt like it’d be accurate to poi- to go under that, you know, moniker as well.

On the evolution of her sound:

I would say that my sound has evolved – it hasn’t changed completely. I like to keep in bits of my Afropop, Afrosoul sounds, and just certain inflections I use, um, so people can always identify that it’s me singing.

I think it’s important to always keep your signature, so that your fans don’t get lost along the way. But I definitely know, um, know that my sound has also evolved. Like, this EP, Restless II, this is me experimenting with lots of R&B, which I haven’t done before. So, as I evolve, I’m still original. That’s the intent.

On working with Adekunle Gold:

He’s so talented. He’s one of, you know, my favorite writers as well. And, one of my favorite things about him is how he has evolved as an artist and as a writer. And, you know, that energy kind of bounces off of me as well, you know. It’s so easy.

Like, if I write something, I’m like, “Oh, babe. What do you think about this?” You know, he does the same thing, and that really helps us to grow as artists. Usually I think that with a lot of artists they end up having to explain why they’re doing certain things.

Maybe why you have to go for a show that’s running late. With us, we get it. So, we, you know, we have already skipped all of that. Now we, you know, we’re a great support system for each other. And that’s definitely very helpful, um, in this business that we’re in, ’cause it can get crazy.

Listen to the complete interview here.