The League of African Development Students, LEADS Africa has inducted renowned philanthropist, realtor as well as Founder and Chief Executive Officer of Esso Properties, Smith Sosochukwuma Ezenagu into its Hall of Fame.

The induction took place on Monday, January 11, 2021, at Esso Properties headquarters in Awoyaya, Lekki- Epe Expressway, and also saw Ezenagu bagging two other awards. They were the Corporate Endorsement Merit Award and Africa’s Patriotic Personality of the Year award.

While presenting one of the awards, Tankou Patrique, a Camerounian and the Regional Representative (Francophone) of LEADS Africa, said Ezenagu was inducted into the body’s Hall of Fame for his consistency and dedication.

In terms of proficiency in corporate leadership, and other assignments/ideas generation and implementation, Ezenagu has proven to be sagacious and ingenious. This equips him for the immense and outstanding services he has been providing to boost Africa’s quest for property development, especially with varied property acquisition plans for different classes of Nigerians. He has contributed immensely to self-reliance in real estate in Nigeria/Africa, and his erudition fused with his unparalleled commitment to 21st-century compliant leadership, philanthropy, community development, and public service are the most important pathway to achieving the Africa Vision 2063.”

He added, “Today, Africa is reaping the dividends of his dedication, brilliance, and effectiveness as a top-notch patriotic developer for nation-building.” Other delegates of LEADS Africa that were at the event were, Sandra Okpegbuo, Head of Gender, LEADS Nigeria, and Abayomi Okuwoga, Director of Logistics. 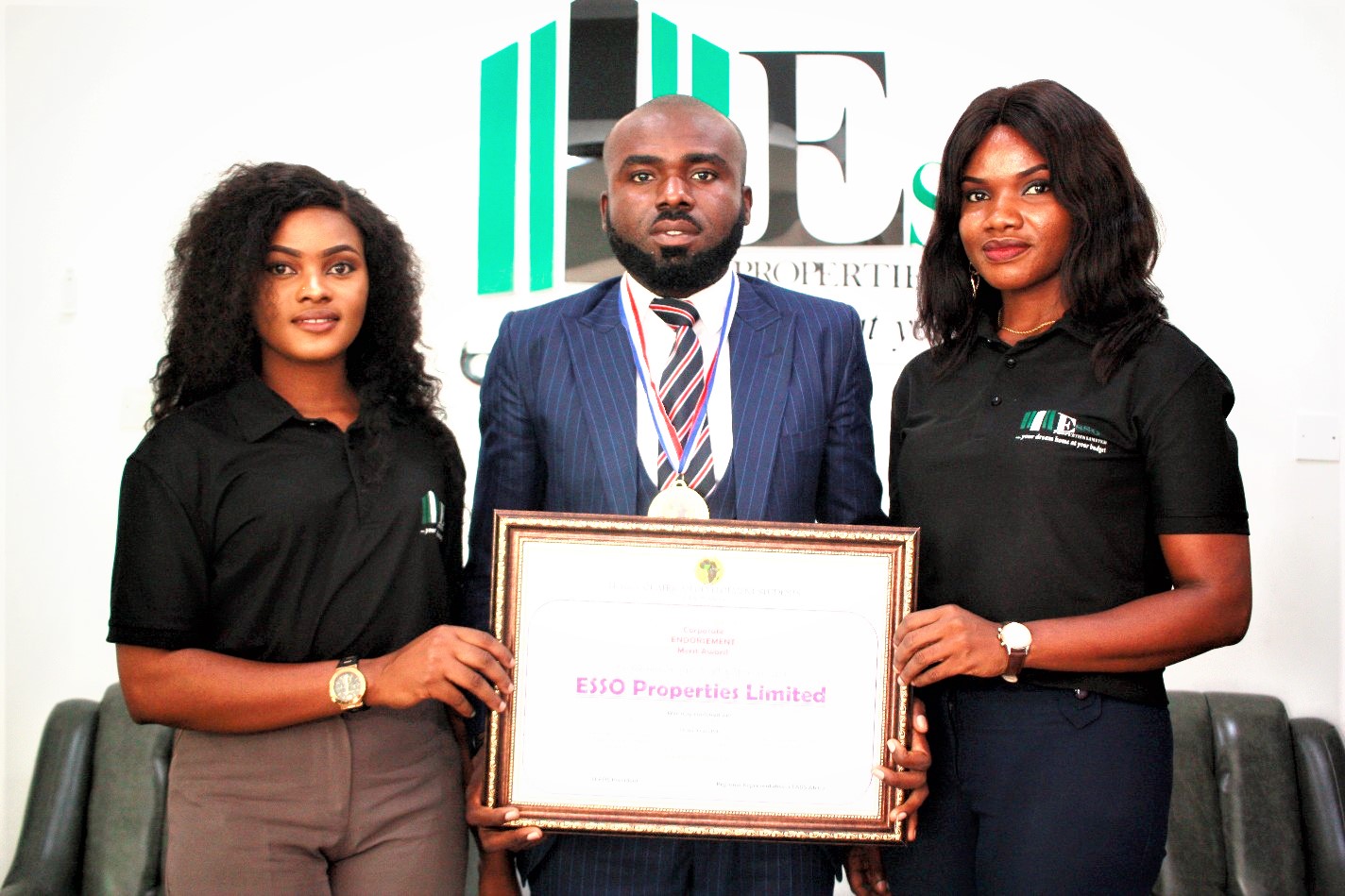 Responding, the awardee said he was always dedicated and focused.

He advised the youths to imbibe the virtues, adding that they would always excel in their endeavor if they did. He is the Founder and Chief Executive Officer of The Esso Properties Academy, a real estate training institute with a futuristic approach to operations in the real industry. Ezenagu previously operated in financial management and training, superintending a company that grew to partner with four financial institutions in Hong Kong, Dubai, Israel, and London