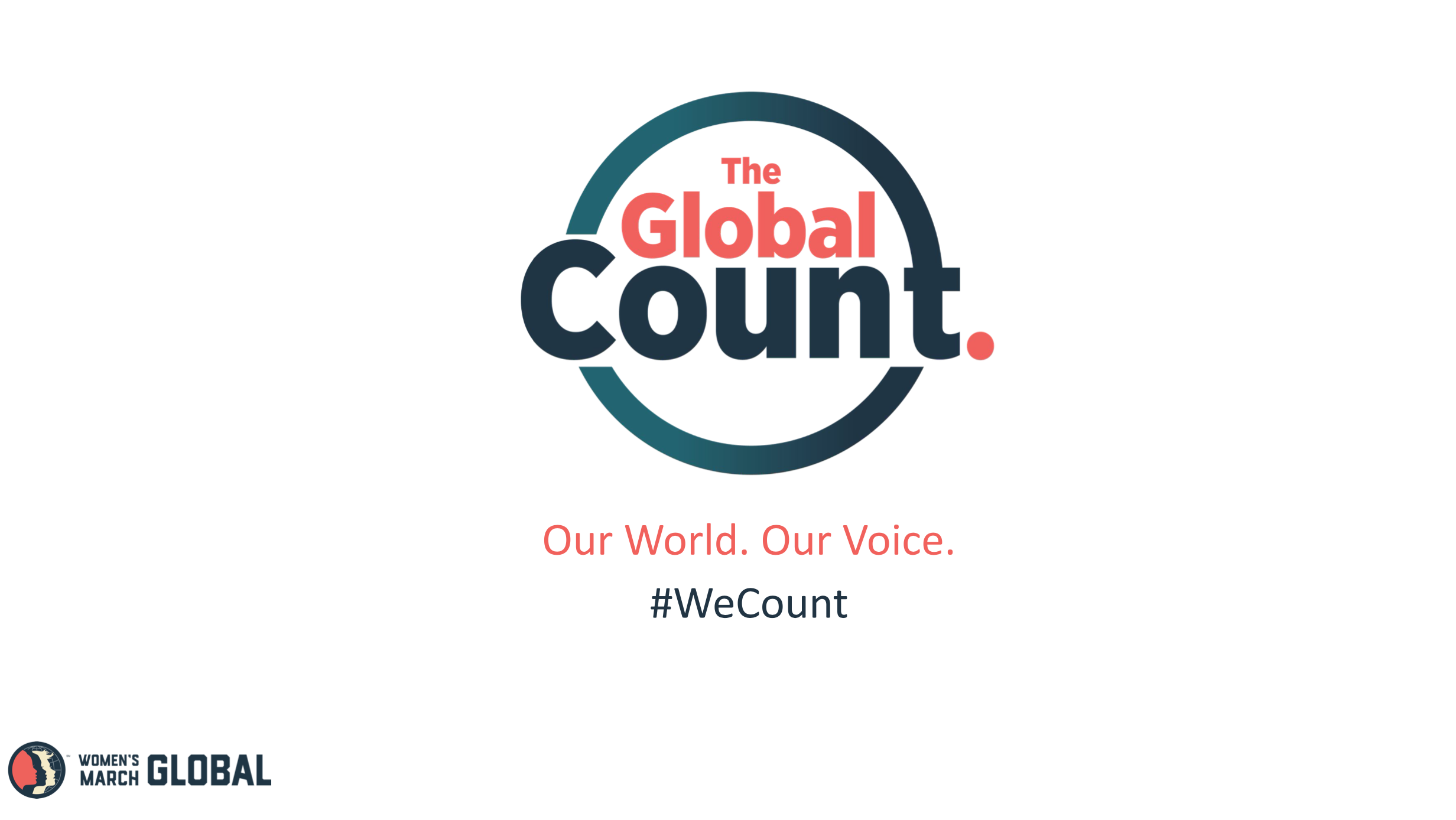 As one of the leading organisations for women’s rights with over 125 chapters on every continent worldwide, Women’s March Global is mobilising women from around the globe to join their biggest campaign to date with The Global Count Campaign, which will run virtually from the 21st of January to the 8th of March (International Women’s Day).

The Global Count is a poll that will map critical issues facing women in order to redefine how women’s opinions, needs, and perspectives are taken into consideration by governments, institutions, and international organisations.

This year, ‘The Global Count’ will take the mobilisation online and into communities of women that are often hardest to reach to amplify their intersectional voices during this time of post-Covid global reset, and as concerns grow about the alarming rise of gender-based violence. It will also be one of the largest global mapping surveys ever undertaken to establish the cultural, economic, and social barriers to women’s progress.

Women’s March Global was formed from the thousands of women’s marches that took place globally four years ago. Since then, they have marched every year, and all year round on every continent for women’s rights.

The Global Count survey is being peer-reviewed by experts including Kimberlé Crenshaw, University of Maryland, Impact Mapper and Survey Monkey, and the results will have a major impact on global, national, and grassroots activism.

Women’s March Global’s aim is to obtain at least one million responses from women with a specific focus on movements and activists, ensure representation of different groups and issues in different localities around the world, and map which issues women define as critical to the pursuit of women’s equality.

Here are the ways you can support The Global Count: