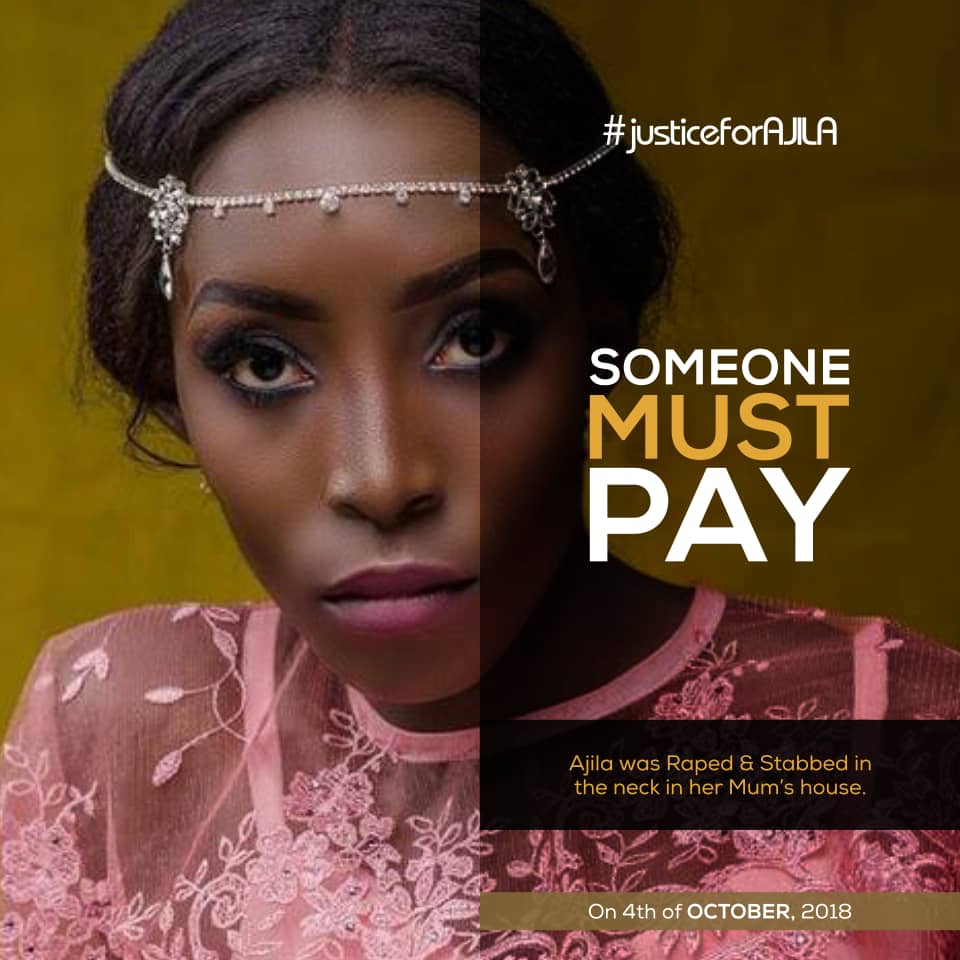 Every day we read reports of women being raped, or sexually assaulted or beaten. It’s a continuous tale, one that comes with sorrow for lives that could be saved.

While social media has continued to highlight the stories that were hitherto hidden, there remains an increasingly high number of lives lost due to violence against women. Women are often killed by their fathers, boyfriends or husbands. We read reports of women being stabbed after domestic squabbles. It is even worse because sometimes there is never justice for the victims.

Cultural expectations to forgive and forget adds to the absence of consequences for the perpetrators, and this too, has to stop.

For people who ask why there’s an emphasis on women’s rights being human rights, it is because of the preponderance of situations where women are killed – with no recourse for justice.

On Friday, the hashtag, #JusticeForAjila started trending. A few accounts on Twitter and Instagram shared the news of a young woman raped and stabbed in Akure.

We want to remind the world that these stories need to end. We need to stop waking up to news of women being raped, and killed.

We need justice for these victims. Their blood screams from darkened earth, the pain of their loved ones pierces our heart.