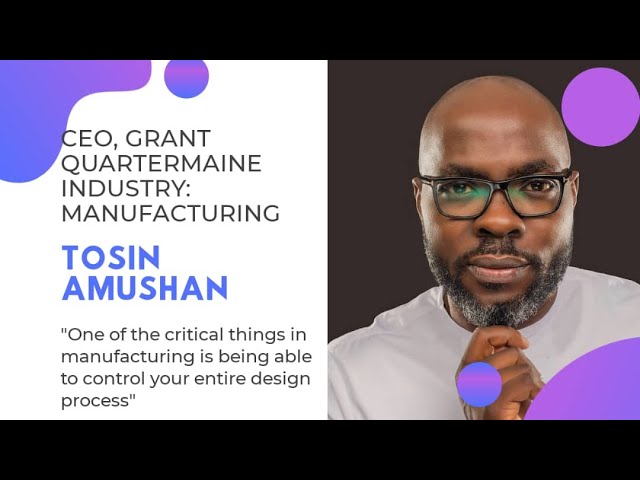 In this episode of “Under 40 CEOs“, Familusi Akin Babajide (FAB) talks with Tosin Amushan, CEO at Grant Quartermaine about his journey to furniture manufacturing.

Tosin Amushan attended St. Jude private school in Festac Town and subsequently Government College Lagos. He would later bag his degree in Political Science from the University of Lagos in the year 2000. He was born to a father who was an Insurance professional, and his mother, a professional nurse with a major in psychiatry.

A young, versatile and dogged executive, Tosin would later find his calling by mere happenstance and today he is the CEO of one of West Africas largest furniture manufacturing companies – Grant Quartermaine.