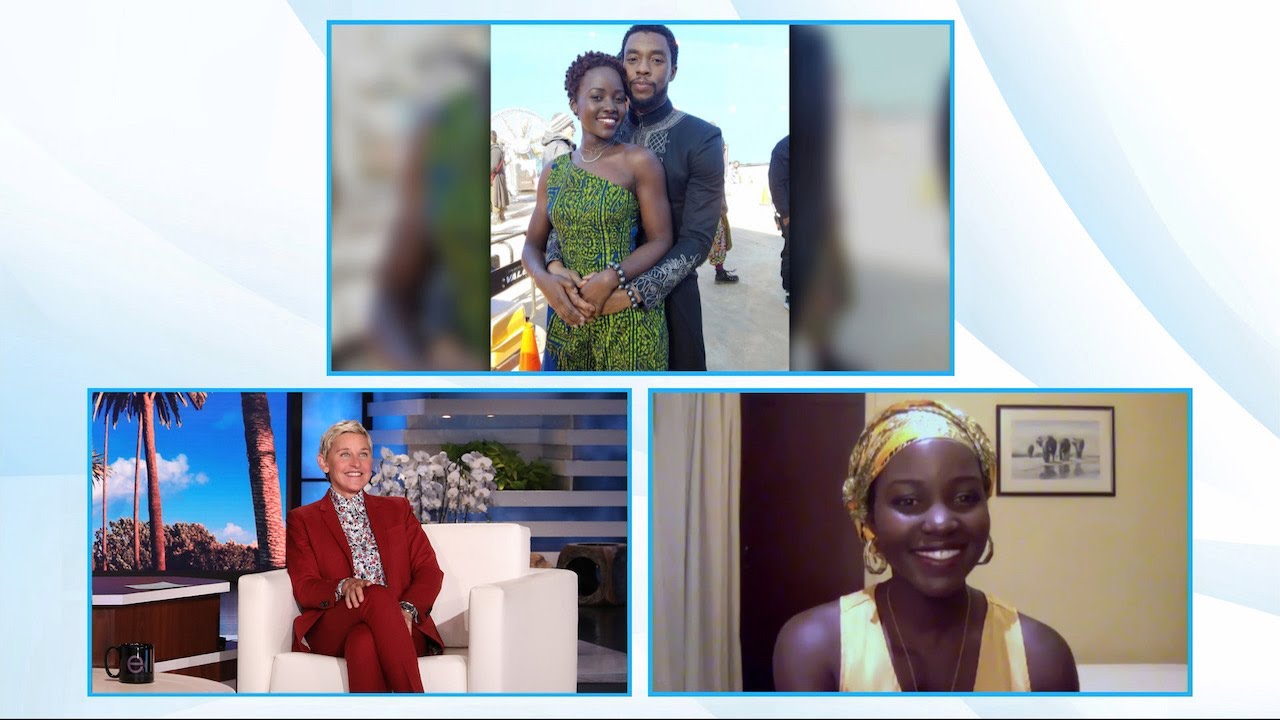 Lupita Nyong’o opened up about her “Black Panther” co-star Chadwick Boseman and how she’ll miss his leadership when filming begins on the next instalment of the franchise on “The Ellen Show“.

Wow, it’s still so hard for me to come to terms with his passing. I mean, his leadership, he led the movie with such compassion and just presence. When Chadwick came on set, he was present, and he brought his entire being to that movie. And he was just so humble, as well, you know. And that leadership will be missed, and he was my friend. And so it’s hard to think of him in the past tense still, but I do know for certain that he would want us to do this. I feel that what Ryan Coogler has planned very much honors him and his legacy, so I feel good about going back.

The Oscar winner also chatted about her new YouTube series “Super Sema”, Africa’s first kid superhero animated series, and how she managed to scare her sister at a lodge in the Serengeti right after she got out of an outdoor shower.

“Super Sema”, which she executive produces, follows the world-changing adventures of an extraordinary young girl Sema and her twin brother MB on their mission to protect their African town of Dunia from the villainous Tobor.

They sent me some of the episodes, and I couldn’t believe it. I was beaming because this is exactly the kind of thing I want to see in the world, the kind of thing, I want to be a part of creating. And you know, Super Sema, she’s this incredible superhero who uses science, technology, engineering, and math to save her little town of Dunia. And she’s a little African girl, imaginative, resourceful, determined. It’s the kind of thing that I just didn’t have when I was younger, and so it just filled my heart with so much joy that it exists and we get to share it with the world.