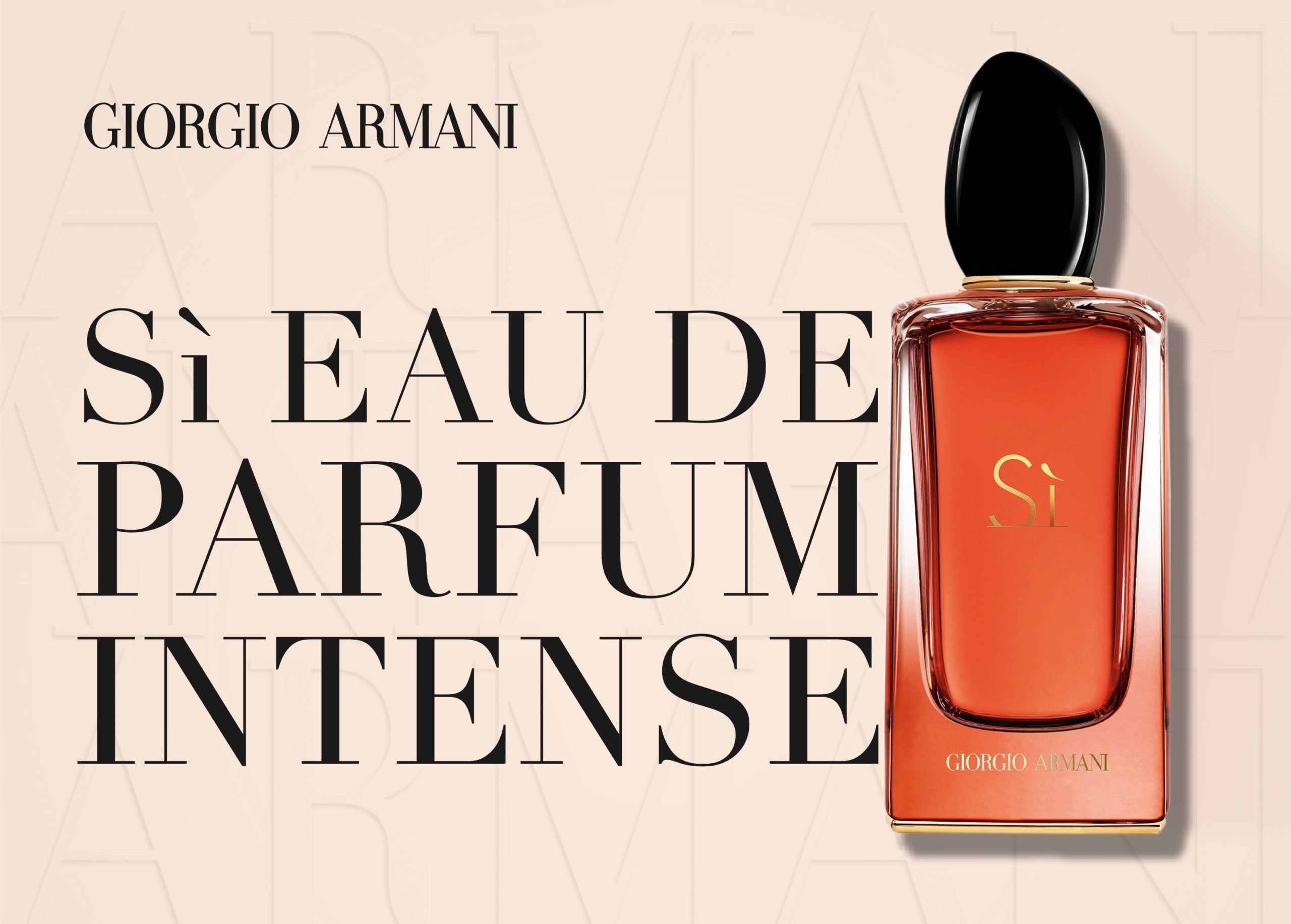 Giorgio Armani unveils Sì Eau De Parfum Intense, an ever more intense and sophisticated interpretation of the classic feminine scent, which encapsulates confidence and energy. Empowered and free, the Sì woman dares to say Sì to the most intense part of herself.

Introduced in 2013, Sì is Giorgio Armani’s iconic women’s fragrance, at once chic sensual, and voluptuous. Fusing independence of spirit, sophistication, and serenity, Sì celebrates the courage of women to write their own rules, and embrace a life lived intensely.

Sì Eau De Parfum Intense is a chypre oriental fruity, which inspires the Giorgio Armani woman with the confidence to explore her most intense side.

Created by perfumer Julie Massé of (MANE) who composed each of the Sì scents, Sì Eau De Parfum Intense takes the Sì signature in an entrancing new direction. The fragrance’s top note is blackcurrant nectar, a signature of the Sì fragrance family, with this alluring note extracted from the core of the fruit. At the fragrance’s heart is Isparta rose, harvested in Isparta a region of Turkey known as “the city of roses”, and the velvety and liquorous davana. Together, these two notes create a fiercely intense effect. At its base are patchouli and benzoin resin, which both lend an enveloping sensation.

The vanilla blended in Sì Eau De Parfum Intense is sourced in the protected area of Loky Manambato in Madagascar in collaboration with a local NGO, one of Giorgio Armani’s initiatives contributing to its social responsibility program ‘Solidarity Sourcing’. Aiming at ensuring the ethical sourcing of key ingredients and contributing to economically support farming communities, it is in line with Giorgio Armani’s attention to detail, preference for natural materials, and respect for nature. 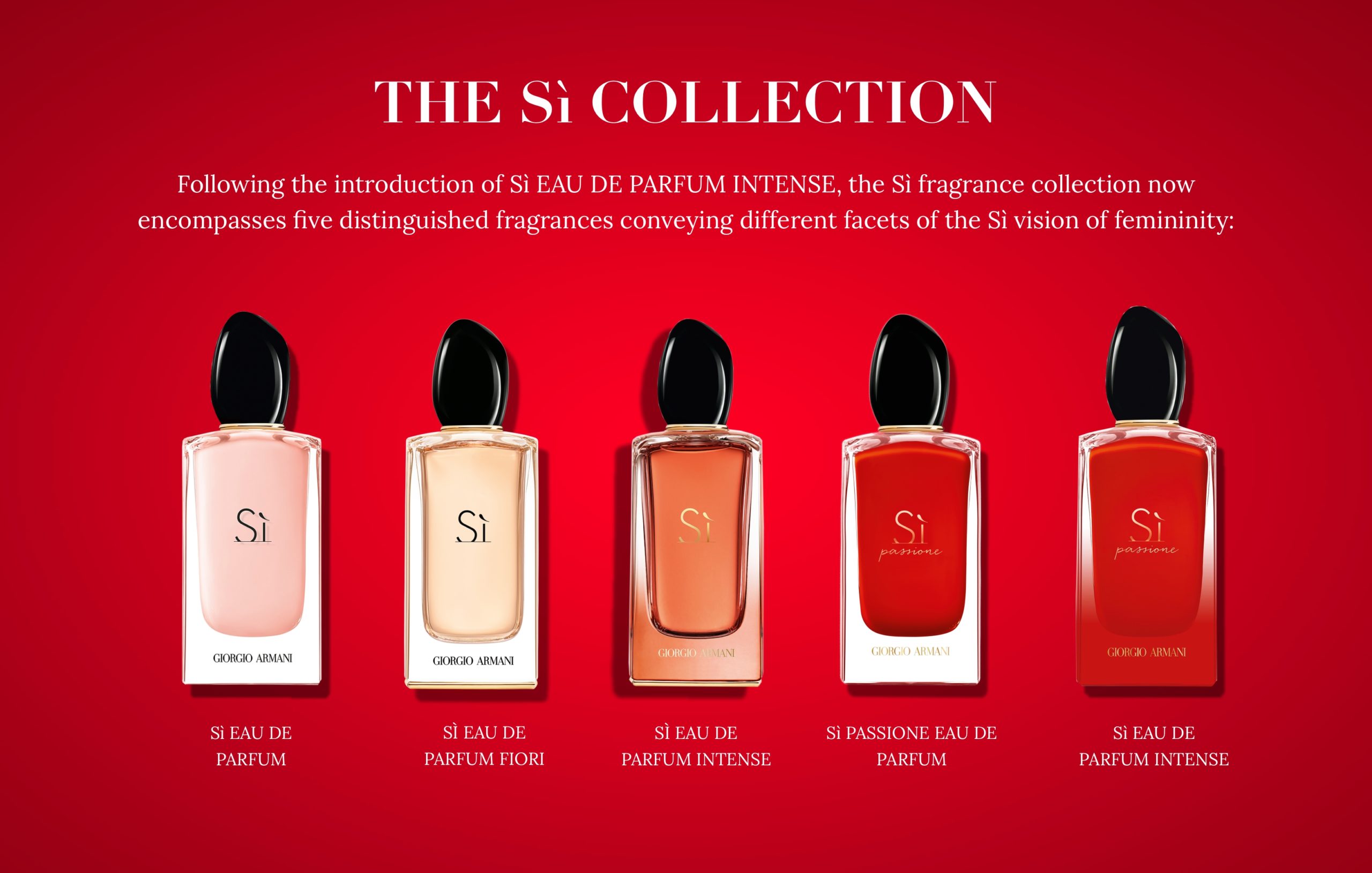 AN ICONIC DESIGN, A NEW INTENSITY

Sì Eau De Parfum Intense is presented in the iconic, distinctive Sì flacon, structured yet simple as it effortlessly draws the eye to its tapered curves and organic cap.

The bottle is dressed in an outer lacquer resulting in a transparent, deep nude tint. Meanwhile, a black outer lacquer at the bottle’s base infuses the nude glass with a gently smoldering effect, nodding to the fragrance’s elegant intensity. The glossy black, stone-shaped cap is a signature of the Sì fragrances, as are the sleek gold rings around the bottle’s neck and at its base, which lend a glamorous touch. 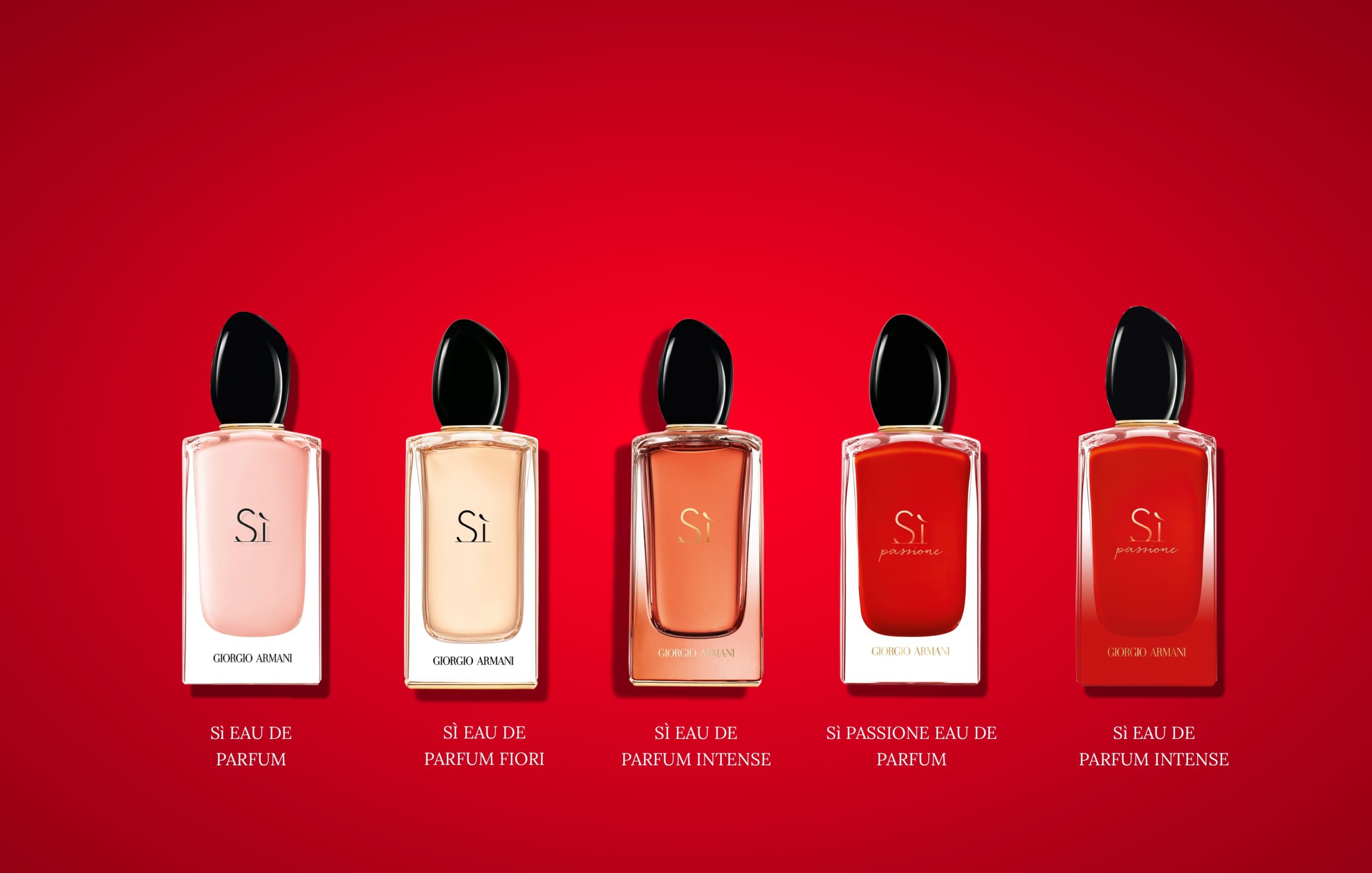 Available for purchase at all Essenza stores and Montaigne place stores.