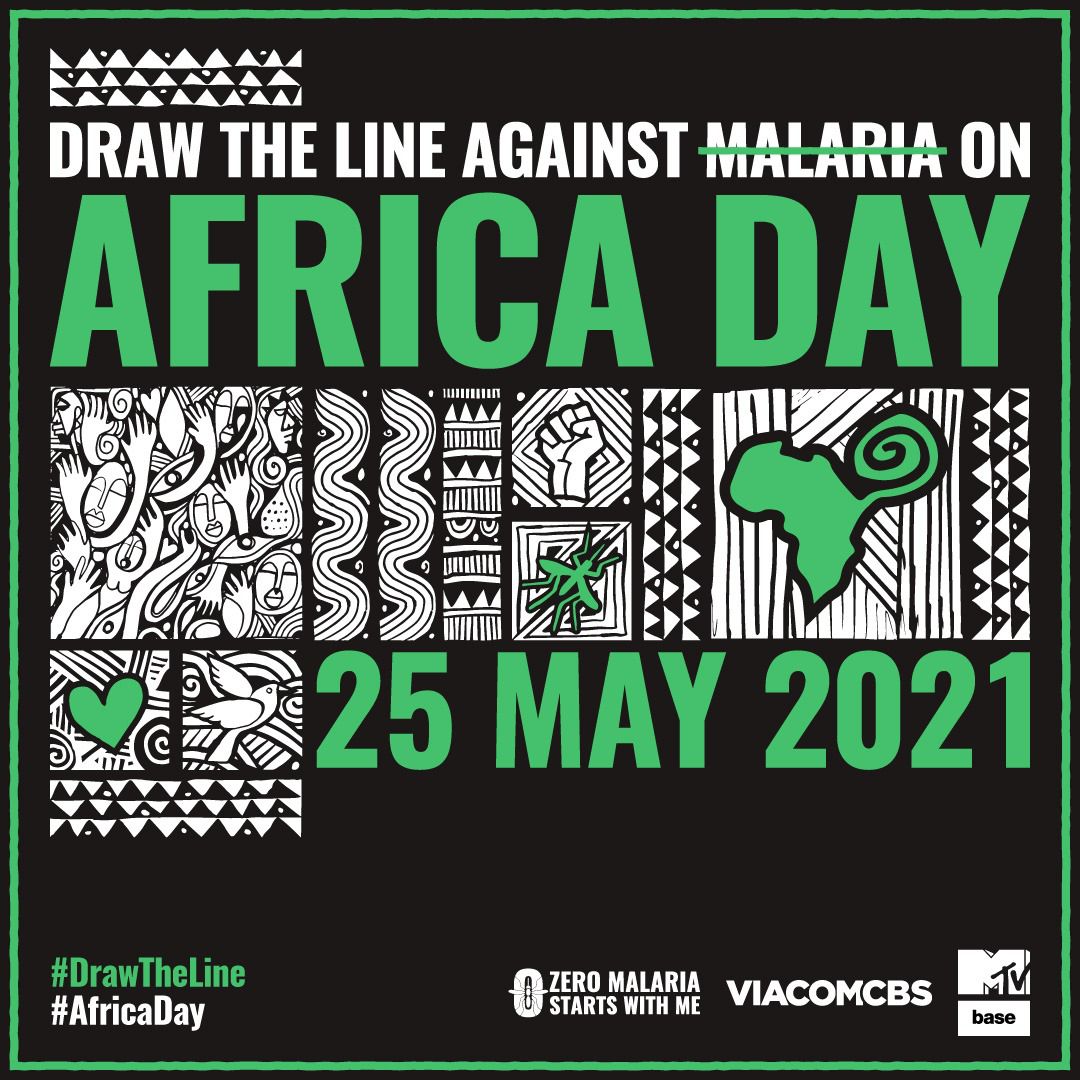 ViacomCBS Networks Africa partners with Zero Malaria Starts With Me Movement ahead for this year’s Africa Day and Youth Month.

As an envoy for a reimagined Africa through content that is relevant and resonates with young audiences, ViacomCBS Networks Africa (VCNA) understands and recognises the importance of creating an environment that supports the potential of the youth on the continent. It is with this in mind that VCNA continuously aims to collaborate with partner organisations to bring education and awareness to imminent social issues like the ongoing fight against malaria in the African continent.

To help in continuing the fight against malaria, VCNA through its brand channels has partnered with the Zero Malaria Starts With Me movement in support of the Draw The Line Against Malaria campaign. This partnership aims to raise awareness of the disease, drive education, and engage youth discussion about malaria throughout Africa Day in May and Youth month in June.

VCNA youth entertainment channels will amplify and curate educational and call to action messages and content to drive mobilisation in support of eradicating malaria in Africa. As a media partner for the global Draw The Line Against Malaria campaign, VCNA has committed to providing a voice through its platforms to the campaign, which is aimed at the youth on the continent.

The network as a media partner has stated that this is the generation to end malaria and, by collectively fighting the deadly disease, the collaboration will assist in creating a world that is safer for everyone. As such, the partnership campaign will be extended across the consumer brands, youth, and children’s channels, and social platforms throughout June, which is observed as Youth Month in South Africa.

Monde Twala, Senior Vice President and General Manager at ViacomCBS Networks Africa, has expressed VCNA’s reinforcement and the need for African collaborations: “As VCNA we are inspired to continue to drive initiatives through powerful partnerships that are committed to realising a reimagined Africa which showcases the continent’s talent and drives a strong message of hope and change. The Zero Malaria Starts with Me movement embodies the vision to create an Africa where youth can realise their best potential. We look forward to amplifying positive social impact across our MTV Base, Nickelodeon and BET Africa platforms during Africa month in May and Youth Month in June.”

Following the recent joint launch of the Draw The Line Campaign with Malaria No More, MTV Base through a Memorandum of Understanding (MOU) with VCNA will drive awareness and education on how best to reduce malaria incidences across all its platforms.

Lilies Njanga, Africa Director at Malaria No More UK said: “Young people are the future of the fight against malaria. They are the generation to eradicate this disease. We are delighted to partner with VCNA who represent the energy and voices of the next generation. Together we represent a creative force as we draw the line against malaria, and we invite young people to join us.”

Abdourahmane Diallo, CEO of RBM Partnership to End Malaria said: “Together, we can end malaria, and today’s youth can be the generation that rids the world of this ancient and deadly disease and achieve a malaria-free future for all. Today, we must all draw the line against malaria and recommit to achieving zero malaria in Africa and around the world.”

MTV Base, the youth and music channel of VCNA, will host the Africa Day virtual Concert across VCNAs’ proprietor channels BET Africa, MTV and MTV Base. The performance line-up is expected to be an explosion of fresh talent with artists from across the globe.

The Africa Day Concert 2021 is Now Live! WATCH on BN